It had to happen.

Producer Jason Blum (Get Out/Whiplash) has exhumed and re-imagined the long-running (1977-84) ABC series Fantasy Island as a ‘dark’ movie, with the hype proclaiming it as a cross between West World and Cabin in the Woods.

Which actually doesn’t sound that bad, but reviews so far have been lukewarm.

Michael Peña stars as the enigmatic Mr Roarke, who gives his guests the opportunity to live out their fantasies (hence the title Fantasy Island…) – which we know won’t work out quite the way they expect. Presumably homicidal maniacs, rapists and other assorted freaks are weeded out in the vetting process. Or not. 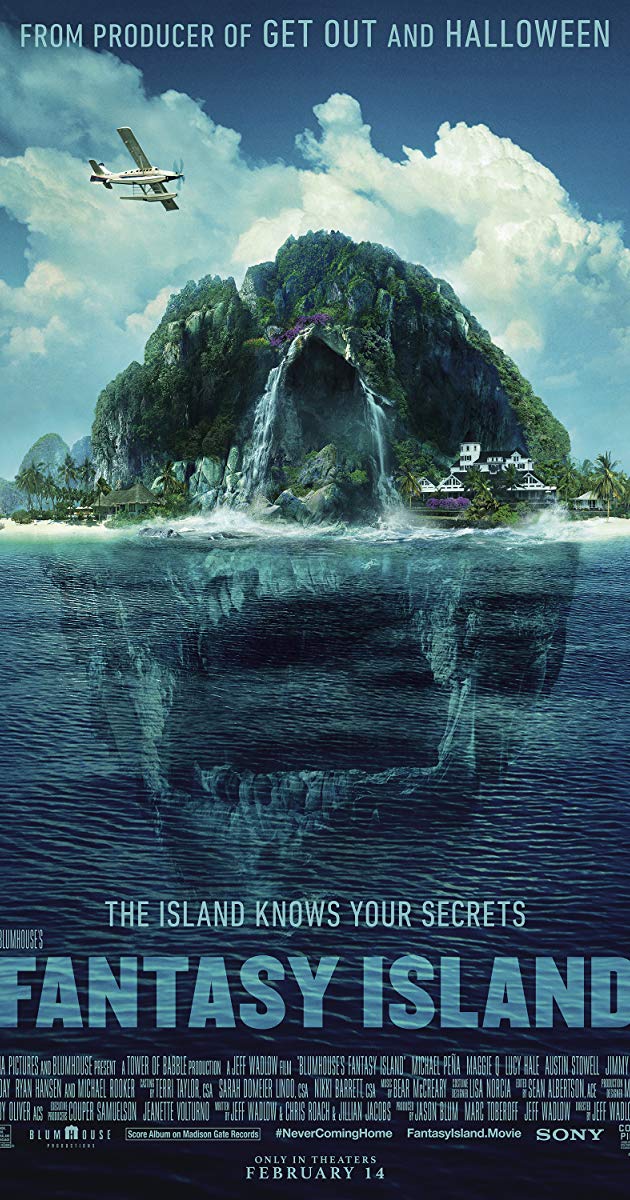 In the original series Roarke (hair club for men devotee Ricardo Montalbán) was assisted by his diminutive sidekick Tattoo (Hervé Villechaize), who irritatingly bellowed ‘The Plane!, The Plane!’ each episode when the new guests arrived.  The often volatile Villechaize was elbowed before the final season, replaced by a generic English butler Lawrence (Christopher Hewett of Mr Belvedere).

The interesting thing about the show was Roarke – was he God? a fallen angel working his pass back to heaven, possibly just a fellow in a white suit with an ill-fitting wig? Or The Man from Del Monte taking a break from groping assorted fruits?

In 1998 ABC revived Fantasy Island under the aegis of Barry Sonnenfeld (Get Shorty/Men in Black), but ratings were poor and the show was cancelled midway through the first season. Than, Malcolm McDowell played Roarke, with an assortment of assistants including screen veterans Sylvia Sidney (Mars Attacks!) and Fyvush Finkel (Boston Public).

‘Terrific’, as Robert Wagner would say.

Incidentally, Happy 90th Birthday RJ! – next time the Brandy Alexanders are on me.  Taking inspiration from Shakespeare’s The Tempest, this iteration of Mr. Roarke was a Prospero-like figure, who in contrast to Montalbán, wore black and had an equally dark sense of humour, although he was in essence a good guy, this being a prime-time show and all.

And finally pop-pickers, a hit from the vaults to get you in the mood for the new flick:

So Bleeding Fool readers, what would YOUR fantasy be? Parental Guidelines apply in the comments section below.