Uncancel Culture: Couchcon to the Rescue!

Raging global pandemic, society ripping itself to tatters, dystopian powers exploiting the chaos- I admit it, things are looking a teensy bit grim.


Even from a festering pit of malice, something good can sprout, spreading branches that provide shelter from the storm.


I’ve seen it happen. Heck, I’ve been a part of making it happen! A gruesome debacle from years ago led directly to the creation of Vivid’s Couchcon.


Couchcon is our ark, here to save artists as the cancellations flood out their normal convention opportunities.


“I’ve certainly been effected by the cancellations. the majority of my yearly income comes from conventions, and with no shows this year, I’m on the verge of losing my health insurance, and probably won’t qualify for health insurance next year either since my income will be so low. I’m doing everything I can to make money from home right now, and just really trying for online sales and support.”


“Hi! I’m Star (Stargirl) from STARINMYPOCKET, an anime and caricature artist who has frequented anime and comic conventions since 2006. Recent years I was doing nearly 14 conventions after turning freelance artist full time, however in 2019 I was MIA due to having a baby girl. This year my husband and I invested in a whole new line of engraved art products and planned to make a big comeback when the covid cancellations started to hit. Though I have promoted and done what I can through commissions and my online shop and social venues I’m excited to be part of a convention, even a virtual one. It doesn’t matter if you love Naruto, Marvel, or D&D conventions bring people together for a weekend of fun.”


Gearing up for its second year, Couchcon is here and growing just when artists need it most. But our presence is not due to serendipity.


Perhaps you are blessed to be unaware of the “zoosadism chat leaks.” Their obscurity stands as a testament to diligent damage control and the fetishization of ‘optics.’


For those who wish to understand, a (relatively) sanitized summation is here:

The leaks horrified me, and I was naive enough to believe everyone in the community would welcome reasonable action regarding this problem. So I proposed it.


Conventions that we had been dealers at for over a decade suddenly began refusing us tables. To be powerless in the face of repugnant criminal paraphilias is one thing. But to realize the taint is pervasive, crafty, and deliberate… Anyone who has ever been punished for doing the right thing can extrapolate what those times felt like.


Part of me regrets that revisiting such a wretched situation would ever be relevant.  But it is relevant. Couchcon wouldn’t be here if it wasn’t for that debacle. Canceled by the powers-that-be, we were left with one option:


Create our own event. 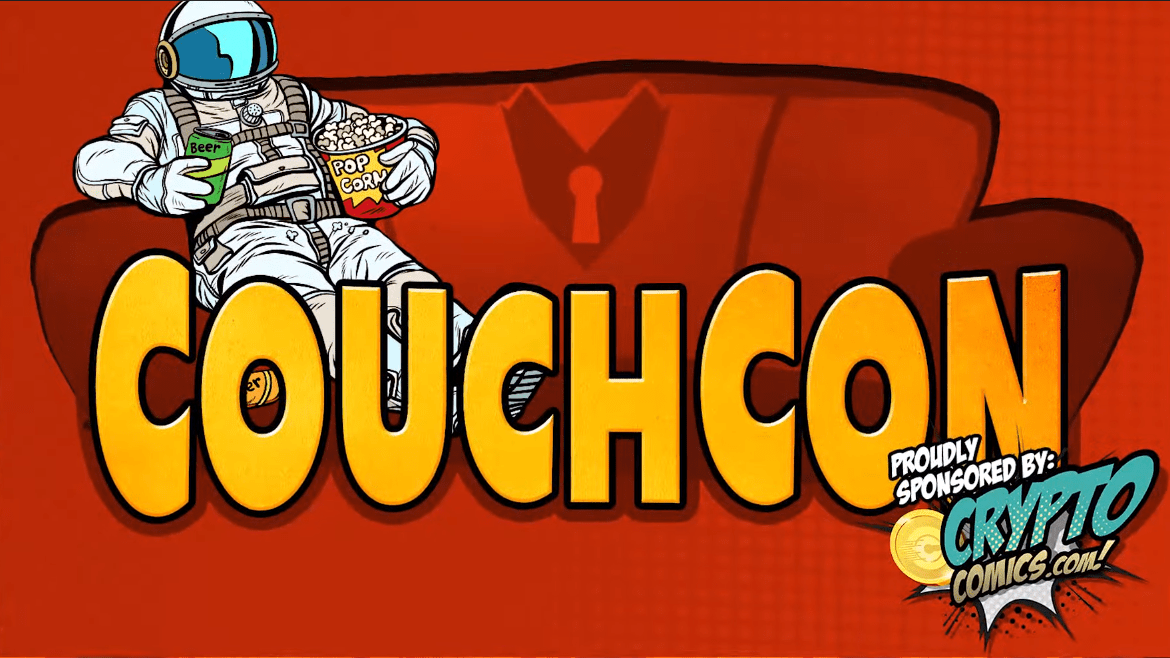 An event free of shrouded gatekeepers and duplicitous purity testers, an event that welcomes all, and clears away the barriers to attendance with electric sunlight.


We began with a scant handful of refugees our first year- but we learned the ropes.


Now as zealots cancel people and viruses cancel events, Vivid’s Couchcon is erupting in popularity as a safe harbor from both scourges.


It’s totally online, free to attend, and showcases over 150 artists. You can get everything from commissions to original comics, music, merch, apparel, latex body suits- the shopping alone could fill days.


This is in addition to the cosplay contest (a category for pets, and a category for humans), Skirmish tournament, and other games being organized in the Couchcon Main Hall Discord server.


On top of that, this year’s event is sponsored by another innovative force working to defuse cancel culture- Cryptocomics, creating a marketplace for graphic work like none the world has ever seen.

We’re bringing together thousands of artists, musicians, business folks, and customers from every conceivable background for one weekend of hope, fun, and excitement.


“This was supposed to be my summer of cons. I was finally done with grad school, had VERY few family events to attend, and despite moving to a new place, I had time. I had been accepted to a fair amount of cons I’ve attended before and was going to try a bunch of new ones. The extra income would have helped with my move, and I would have enjoyed the opportunity to share some of my lesser used cosplays. I’m hoping that with CouchCon, I can expand my presence even more, so that I can go back to cons with more people knowing who I am and what I do.”

“We at Byrnas books were planning to release a few of our new 13 book furry detective series this year, but because all ten of our conventions were canceled, all we do is write. We will now be able to release the books at the ridiculous rate one a month. We are having serious convention withdrawal and can’t wait to talk to people again at CouchCon.”

Consider this your formal invitation to attend. Have fun, pick up something awesome for yourself, and help artists in the process. But whether you can make it to this year’s Couchcon or not, I hope that you take heart. As I said at the top, things look grim right now. But even in rancorous times, the smallest seed can glimmer and sprout.

Every act of creation and goodwill has potential. Even the tiniest crystal of hope is worthwhile, because one day, it may become a magnifying lens that changes the focus of everything. And perhaps more importantly, striving in the face of despair keeps us from succumbing to it. Take it from me, grim times can lead to good things. Sometimes a lot better than we ever expected.


Let’s have some fun!

The event kicks off next weekend, June 25-28. Visit couchcon.org for more info!

Why Do Educational Comics About Cybersecurity Need to Get Political?
Legendary Queen Guitarist Joins the Anti-Woke Against Toxic Cancel Culture
Chappelle Not Backing Down: Woke Cancel Culture is Losing
Kevin Hart Says 'Cancel Culture' Is Totally "Out of Control"
After Being Cast in 'The Continental' Mel Gibson Evades Cancel Culture Again
Uh-Oh: Ghostbusters' Dan Akroyd Joins the Cancel Culture Chorus
Johnny Depp Warns "No One is Safe" from Cancel Culture