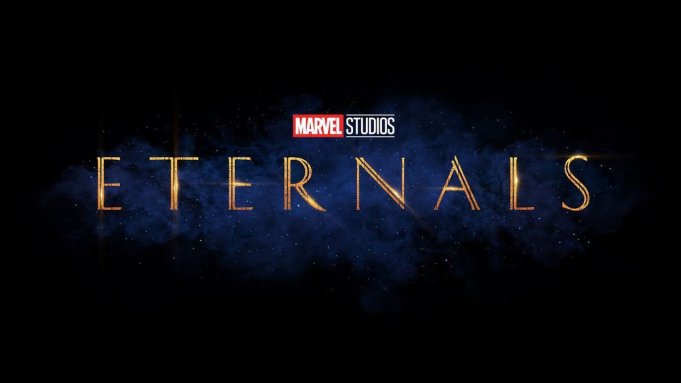 The BBC wrote what UK-based critics think of the new Eternals adaptation, which has received mixed reception so far (but not necessarily in the USA, where more political correctness seems to be dominating), and these are some of the reactions:

Eternals, the latest movie from the Marvel universe, has received mixed reviews, with critics calling it over-ambitious yet progressive.

Well as it so happens, “progressive” is exactly the problem, so if “yet” signals they approve of forcing race/gender swapping and LGBT ideology into the tale, that’s the big downside.

The paper’s critic Steve Rose said Zhao “manages to get some nice-looking shots and personal drama in her superhero debut, but there’s just too much mythology to explain“.

The problem, he added, is that “there’s just too much going on: it’s all headed towards yet another ‘race against time to stop the really bad thing happening’ climax”.

He continued: “It’s not exactly boring – there’s always something new to behold – but nor it is particularly exciting, and it lacks the breezy wit of Marvel’s best movies.” 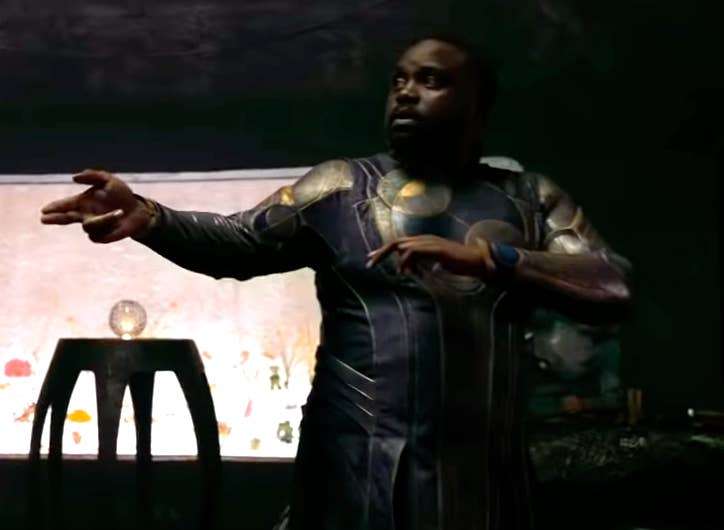 What if that’s because of the PC direction they’re headed in? Which is brought up by the next review cited:

In his review, The Times’ Kevin Maher also plumped for two-stars, declaring the movie to be a tale of “navel-gazing superheroes in quest for a decent script”.

He wrote: “There’s a strange self-sabotaging energy at the heart of this landmark blockbuster.”

Maher did note, though, how the movie had made efforts to show a more diverse mix of superheroes on screen. 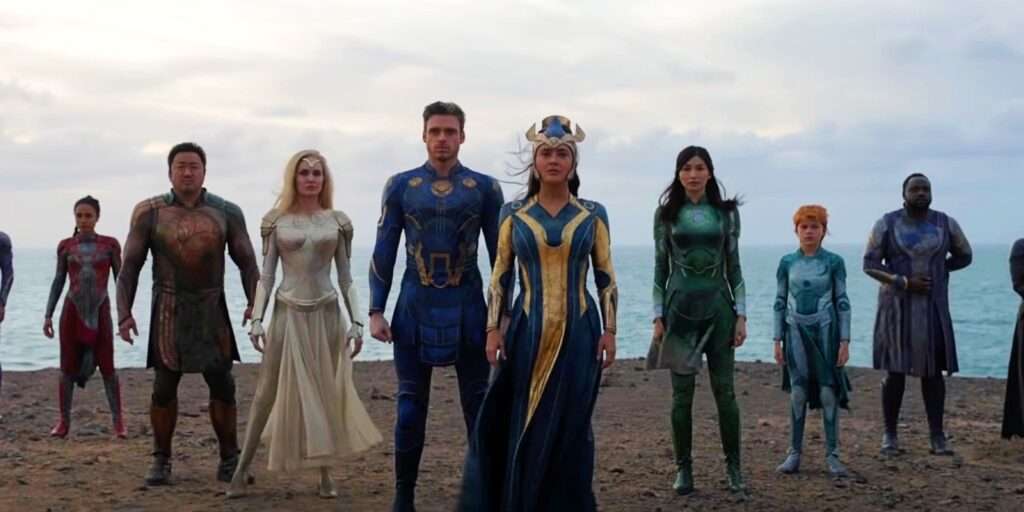 So it’s thoroughly okay to gender-swap, is that it? How disappointing, but not unexpected coming from these MSM propagandists, who see this emphasis on homosexuality as acceptable too. Here’s some more from a source that was more favorable:

Empire also dished out three stars, with reviewer John Nugent noting how the inclusion of “a genuine sex scene, and an onscreen gay kiss” were indeed firsts for the MCU.

“But anyone anticipating the first ‘arthouse Marvel’ should temper their expectations,” he warned.

“Director Chloé Zhao’s entry into the superhero world is assured, ambitious and told on a dizzyingly cosmic scale –  but even it can’t escape the clichés of superhero storytelling.”

If that’s a heterosexual sex scene, was it injected into the screenplay in hopes it’ll stave off criticism by those dismayed at the LGBT pandering? Sorry, but it’s just not so simple to “throw a bone” in hopes it’ll soften the more objective viewpoints, and besides, I’m just not interested in this particular movie franchise anyway (and if that’s a homosexual sex scene they’re alluding to, it’ll be embarrassing). I feel glad I saw what was coming early on over a decade ago: the movies were being produced at the expense of the source material, which was being methodically destroyed under Joe Quesada. I’d thought about all these issues back in the day, and today, I’m glad I stayed home and didn’t go to see what’s bound to be considered overrated someday at the theaters. This is bound to be known as the decade where superhero fare oversaturated the market at the expense of meatier storytelling – the kind Martin Scorsese and Terry Gilliam complained was dwarfing their kind of movies – and maybe the worst part is how it came at a time when studios are practically getting rid of serious stars or truly professional actors when they work on these projects, as noted by the Federalist:

Today, franchises have replaced movie stars as the primary audience draw. When was the last time you went out to see the latest Will Smith thriller or Julia Roberts rom-com? It’s all brands now, from Matrix to Spider-Man to Christmas Prince. A low point in this trend was “Fast and Furious Presents: Hobbs and Shaw,” a harbinger of that franchise extending from street racing to now space-bound vehicles.

Yes, and that’s aggravating, if you ask me. It hasn’t done the comics properties any favors, and the abuse of the shared universe stories by the editors and writers hasn’t brought in any new audience for the printed tales. I hope most people wake up and stop watching these blockbuster films, which are little more than a prime example of dumbing down entertainment, and came at the expense of the original comics, whose publishers in modern times never actually made any serious effort to draw in new audiences based on merit. All they cared about was ideology, and that’s pretty much what the new Eternals movie is built upon.