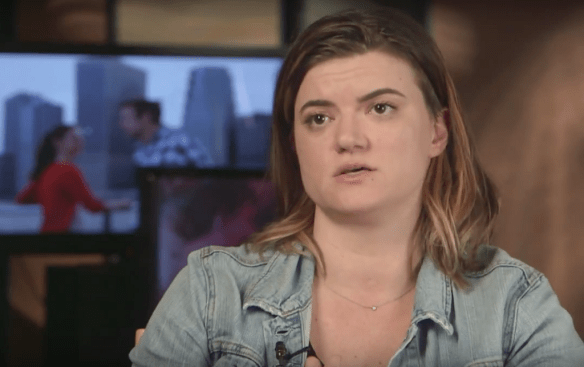 As reported a few days ago, Leslye Headland deleted hundreds of tweets when it was announced she had been hired to helm a female-centric Star Wars project.  Here she is in a May 2019 interview with Vanity Fair expressing the primary hiring qualification for Lucasfilm; fashionable hatred of white people.

Was it new for you to lean into the horror elements or to lead into the, even psychological horror. I mean, it doesn’t feel like the two films that you’ve done anyway.

Oh yeah, that’s true. I guess visually they’re not horror films. But it’s funny, I always think of Cronenberg when people ask me this question. Because Cronenberg once said really that his films are told from the perspective of the disease. And I feel like every story I’ve told has been told from the perspective of the internal problem, whether it’s the toxic femininity of white women and how they’re both ridiculously self-entitled and supremely self-destructive. To Nadia confronting her younger self and pulling glass out of her mouth. To me, those are kind of the same ideas. Like Lainey’s struggle in Sleeping with Other People and Jake’s constant infidelity, are symptoms of larger self-hatred and self-loathing that the movie is—and the stories are being told kind of in a way where I’m trying to lull you with the comedy and how aesthetically pleasing the films are, into getting into that place of, ”Oh right. Eew. Right, I forgot, shame.” Or hatred or self-hatred or trauma or mental disorders, eating disorders.

She’s a real peach. It’ll be interesting to see how many white wine moms will be watching this female-centric show after being insulted like this.  Only the self-loathing variety like Leslye I suppose, but how many of those are out there?  At least Lucasfilm has finally achieved that coveted gender equality in its hatred of white people.

She’s been lauded for a the show Russian Doll, by none other than Rian Johnson himself.  So of course, they had no problem whatsoever with an all-female writing room, according to Vogue.

Some women are going further, arguing that the antidote to decades of TV shows penned by all-male writers’ rooms is the rise of all-female equivalents. Netflix’s black comedy Russian Doll, the brainchild of Natasha Lyonne, Amy Poehler and Leslye Headland, is one such example. Written and directed by women, it centres on a whip-smart 30-something who finds herself stuck in a Groundhog Day-style loop. For Lyonne, the makeup of the room was purely coincidental. “The best people for the job just happened to be female,” she says. “It certainly wasn’t a diktat,” adds Headland. “I’ve been in male-dominated writers’ rooms before, and it’s not that I prefer one to the other, but for Russian Doll, which was so deeply emotional and personal, this felt right.”

It was the same impulse that motivated Lauren Morelli. When the writer and producer signed on as showrunner for Tales of the City, a revival of the 1993 miniseries adapted from Armistead Maupin’s novels about LGBTQ+ communities in San Francisco, she assembled an all-queer writers’ room. “I liked what it symbolised,” she says. “But on a practical level, when you’re making a show about so many queer characters with different identities and backgrounds, you want as much diversity as possible.”

Finding writers was harder than Morelli anticipated. “Typically agencies will send over scripts, but most of the submissions were white and male. So I found half the room outside of agencies from those who’d never worked in writers’ rooms before.” Their fresh perspectives inspired exciting discussions, including many which couldn’t have taken place in cis-dominated rooms. “A lot of the stories on the show were products of us talking about where our pain comes from within the community,” says Morelli. “We had a writer who identified as queer but was dating a cis man. People assumed they were straight and she spoke about having her identity questioned.”

But if equality is the goal, are specialised writers’ rooms really the solution? “If we did Russian Doll all over again, maybe we should have a guy in the room,” concedes Headland. Morelli disagrees. “Armistead asked if there should be one straight person in our room, but then he realised that he wrote the books and he’s gay. It’s funny how that uncertainty is ingrained in us.” After all, if straight white male writers can create a wide range of characters, why can’t female or queer rooms?

But yet, if you say that the best people for the job just happen to be men, then the standard SJW response is, “it’s ridiculous to think there isn’t even one qualified woman.”  But, as we know, hypocrisy is the foundation of all SJW “thought.” We already know she hates white women, and now we know that she hates white men too.   Yay for gender equality. 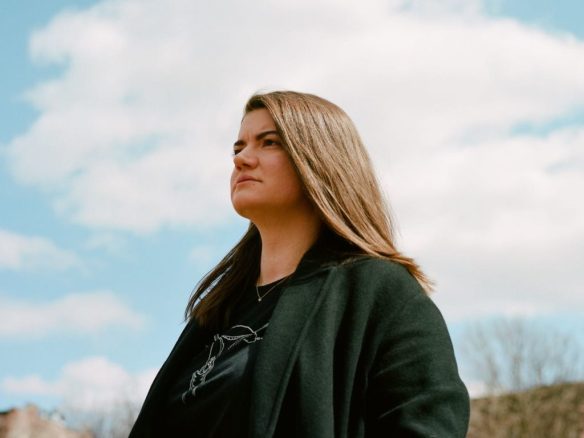 Yes, it would be nice to make a masterpiece every time I make a film, that would be something awesome, and I’m sure if I put all of my energy into it, some version of that might happen, but I’m really enjoying working on multiple things at once and interacting with multiple people and indemnifying female playwrights and female filmmakers specifically, but all people that are not white guys.

And she was disappointed in her mentors.  Why?  Guess.

I had a lot of support but not a lot of mentors. A lot of peers supported me, and IAMA, for example, was like, “We’ll do anything.” But I found myself kind of consistently disappointed in my mentors because they were all men who were kind of shitty. I think that’s why I crave it so much now with my assistants or my writer’s assistant on this show. I’m like, “Oh, let me explain to you what this thing is, or what we’re doing.” Nobody did that for me. It was always either this trial by fire or white guy weirdness, where I was like, “I’m not here to hang out with you. I’m not here to pump up your ego about what’s going on. I’m actually here to learn, and to get better, and to get better than you. So, if you’re not into that, or if you’re threatened by that, then we’re going to have to move on.”

And of course she’s required to prattle a bit about the imaginary entitlement of men.

But there’s that idea that a female heroine, or that you as the director, have to do everything that a man would do in this situation, but do it with makeup on and a smile and be thin and make everybody feel good… it’s just crazy.

Perhaps Leslye is conflating a “sweet face” with common courtesy.  Just a guess, but you don’t need make-up for basic civility, sweetheart.

Someone gave me such a great compliment on this. An actor gave me such a great compliment through my wife, who’s on the show. She was like, “What I like about Leslye’s brand of directing is that she is not afraid to say, ‘I don’t know. I don’t know what this is about, let’s figure it out. Or, let me think about it and I’ll get back to you.’” And I think that something that doesn’t happen a lot in this industry, and I actually try to do that much more so now than I did when I first started. Again, I was working under a bunch of men and it felt like weakness was not acceptable.

Maybe your abject stupidity is what wasn’t acceptable?  Or maybe it was your diarrhea of the mouth.  Either way, leisurely perusing articles on the interweb between now and when this show airs will certainly be fun for all. 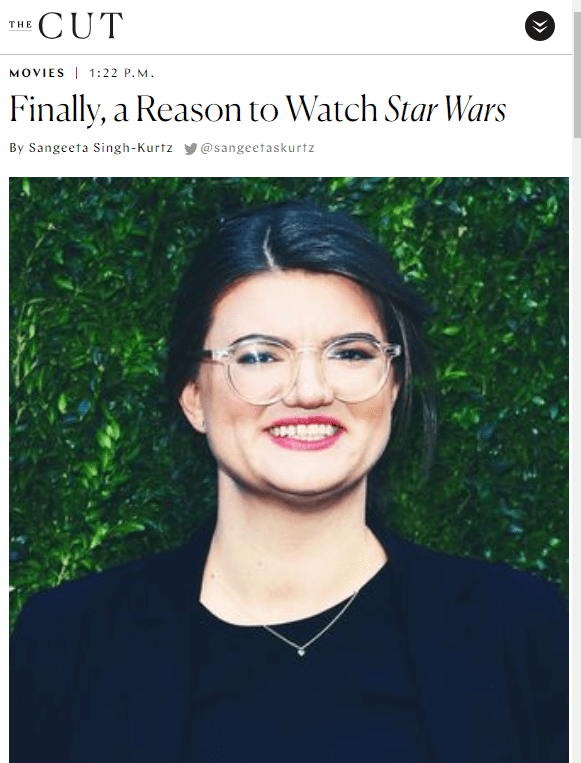 Click on the images to enlarge, or go straight to the forums. Maybe this is why Leslye decided to delete 246 tweets?

Clownfish TV believes that someone has gone rogue: