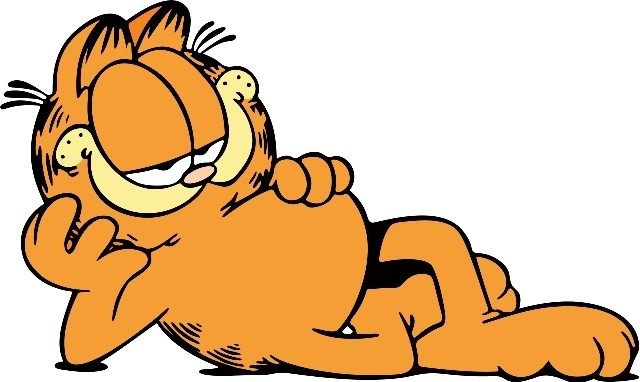 As somebody who grew up reading the daily Garfield strips in the newspapers, I’m a very unhappy camper to see what was once the 2nd most popular newspaper strip after Peanuts become another cog in the circuit of a corporation and/or conglomerate. Namely, Nickelodeon:

Garfield, the lasagna-loving comic-strip feline, has a new owner.

The lazy cat has for more than 40 years been the property of owner Jon Arbuckle, a socially awkward fellow who must indulge his pet’s debilitating laziness and constant sarcasm. But in weeks to come, the character will become one more element in Viacom’s vast Nickelodeon portfolio of intellectual property, taking his place alongside SpongeBob SquarePants, Dora The Explorer and the Teenage Mutant Ninja Turtles.

Viacom has entered into a definitive agreement to acquire Paws, Inc., the entity that holds all global intellectual property rights to both “Garfield” as well as “U.S. Acres,” another Davis creation, including corresponding rights related to content, consumer products, and location-based experiences. The acquisition is expected to close in the upcoming weeks. Financial terms were not disclosed, but the character is said to generate millions of dollars a year in merchandise alone.

“I’m delighted that Garfield is going to be placed in the capable hands of the folks at Nick,” said Jim Davis, the character’s creator, in a prepared statement. “They know how to entertain and will be great stewards for the franchise. I am also excited to continue to do the thing that gets me out of bed every morning…the comic strip!”

I think Davis is a talented cartoonist, but I must firmly disagree here. This is the same Nickelodeon who’ve allowed IDW to abuse Ninja Turtles for their own denigrating agendas. I realize Davis will continue to draw his own strip, but I think at this point, the Nicktoons channel is too corrupted to trust with a famous creation. What if they take whatever new cartoon series they’re planning, and use it to push crude agenda-driven jokes?

It’s a terrible shame when fine artists sell out their creations to what’s decidedly dumbing down entertainment in the modern world while pushing politically driven agendas: corporations and conglomerates. Now that I think of it, a case has to be made why the time has come to buy back famous creations and manage them under ownership of smaller business entities with more sense of responsibility. Corporations are not the answer, nor should they be. It’s regrettable Davis had to fall under delusions and give Nicktoons the keys to the merchandise based on his famous feline, and maybe even the comic strip itself.