Cartoon Network has set an official premiere date for its new animated ThunderCats series, ThunderCats Roar, which will debut later this month. The first two episodes debuted on the Cartoon Network’s app, and was greeted with jeers and scowls, especially from our friends at Clownfish TV, but it looks like Cartoon Network doesn’t care, they’re too invested in this project.

ThunderCats Roar is HOT TRASH and a FINGER to 1980s Cartoon Fans!

The cartoon series was initially expected for a 2019 unveiling, but for reasons unknown, it was delayed until later this month.

ThunderCats originally aired between 1985 and 1989 with a cast of characters that included Cheetara, Panthro, Tygra, Snarf, and WilyKit and WilyKat. ThunderCats Roar seeks to stay close to that concept, while embracing the comedy and action of this animated sci-fi world.

Youtuber Dr. Shaym, had the following to say about this project:

Fans have expressed their disgust at the new art style, which follows the “CalArts” trend and is reminiscent of other contemporary cartoons such as Steven Universe, The Amazing World of Gumball, the PowerPuff Girls reboot, Gravity Falls, and so on. In terms of detail, apparent effort, and overall animation quality, it’s a severe downgrade from the 1985 original. In my own opinion, the art looks like the sort of thing you would see in a preachy webcomic on Tumblr about how “oppressed” the author is because people keep misgendering her.

Fans also lambasted the “comedic” retooling of the show which has transformed the old competent and heroic characters into buffoons. While the original show wasn’t without its silly moments, it was never an outright comedy. Gone are the serious themes about the struggle to survive and fulfil one’s destiny in an inhospitable world after the downfall of civilization. Also gone is the memorable theme song and intro, which have been replaced by literal noise, both of the auditory and visual sort. They even threw in an anime “nyaa” sound.

Fans have also mocked the new show’s director, Victor Courtright, as a “soy boy”. Indeed, he does have the stereotypical appearance of one, complete with manbun and bad facial hair. He claims to be a fan of the old show and said, “I think the world they built really lends itself well to comedy.” He also claims the show will have a lot of “really cool action scenes”, but his description of such action boils down to “explosions and laser effects”. 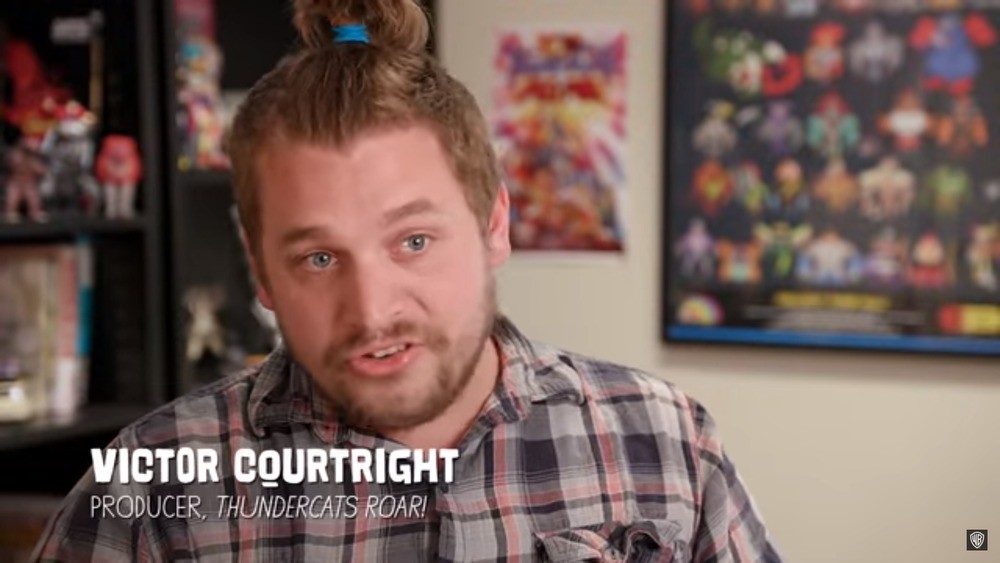 Obviously, Cartoon Network has decided to give the show the “Teen Titans Go” treatment. The more cynical out there might think that means the show will be successful despite all of the hate. But here’s the thing: Teen Titans is part of the DC universe. It has hundreds of preexisting companion franchises to draw fans from. If a kid likes any of the other DC superhero cartoons out there, they will likely enjoy Teen Titans Go just because it’s DC.

ThunderCats doesn’t have that advantage. No kid born in 2009 is going to care about a reboot of a cartoon that ended in 1989, especially if it’s going to be yet another wacky and zany “lol random” cartoon when they already have Teen Titans Go and every show on the Disney Channel. In order for any ThunderCats reboot to survive, it has to appeal to the old fans who are all adults now. If you look at the reactions to the promotional material, it is quite obvious that old fans are not happy with it.

Episodes “Exodus Part 1 & 2” will air on Saturday, Feb. 22 at 10:30 a.m. ET/PT. It tells of how Lion-O (voiced by Max Mittelman), the newly appointed and blindly heroic leader of the ThunderCats, leads his troupe off the crumbling planet of Thundera to land on Third Earth, where the evil Mumm-Ra resides. Episodes “The Legend of Boggy Ben” and “Prank Call” will follow on Saturday, Feb. 29.

Art style in cartoons is getting dumber and dumber. It belongs in shows for simple minds… and I mean shows geared toward 3-5 year olds. It has a place, just not with these cartoons.