Inverse is blabbering all about how Donald Trump’s led to the latest volumes of Green Arrow becoming more political, and in this case, definitely not for the better:

Of all the heroes in the DC Universe, the Green Arrow has historically been the most fervent mouthpiece for liberal politics. Now, as the first year in Donald Trump’s administration comes to an end, the writers of Green Arrow are doubling down on the Emerald Archer’s aim against the headlines.

In October 2016, writer and novelist Benjamin Percy told Inverse he was introducing “a certain orange-faced candidate” into his Green Arrow series for DC Comics. The character, Nate Domini, soon appeared in the six-part “Emerald Outlaw” saga, as an entrepreneur-turned-politician who rode a nationalistic, xenophobic platform to win Seattle’s mayorship.

[…] But it wasn’t the end. A month later, Trump won, and suddenly Percy’s caricature had become reality. Ten months later the Oregon scribe is doubling down, committed to making Green Arrow the most politically-charged superhero book in DC’s library. 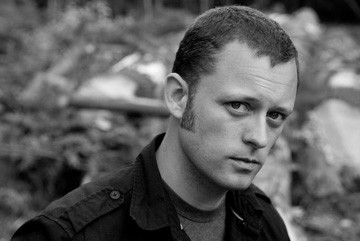 And this time, I’d say, it’s really bad news, because undoubtably, Percy has no intention of concentrating on meaty issues like the threat of jihadism looming over Europe, and little or no chance he’d confront the Weinstein’s littering Hollywood. Back in the day, when Denny O’Neil and Neal Adams worked on Green Lantern/Green Arrow, it may not have been perfect or the best thing to do, but at least some of the topics they brought up were built on more sincere concerns and issues, including the problems with drug addiction in society. Today, that hardly seems to be the case.

“I have a mandate,” explains Percy, “Every issue should somehow connect to a social justice issue we’re facing right now. Every issue should have a connection to the headlines.” In the past year, Green Arrow has explored stories resembling Black Lives Matter and the Dakota Access Pipeline. Although those headlines arose towards the tail end of Obama, the events of the past ten months are guaranteed to show up in the coming future of Green Arrow.

“Anything that pops up in social media, in newspapers, the editors and artists and I will all go back and forth and find ways to channel it into the series.”

Anything? So far, all I’m seeing is little more than blatant leftist-influenced topics marking their work, with the BLM topic bound to be dealt with as dishonestly as the MSM did a few years back. The only mandate Percy’s got is akin to the editorial variety, or, the leftist type. And look what else he’s been doing:

“I was harkening back to that classic Green Arrow storyline, from the Dennis O’Neill/Neal Adams era,” says Percy, who in 2016, seized a reset at DC, dubbed “Rebirth,” to remake Oliver Queen into a true representative for the oppressed. “He was a playboy socialite. Even when he decided to become Green Arrow, it was almost a hobbyist decision. As Black Canary pointed out, how can you fight the man if you are the man?”

So last year, Percy stripped away Oliver’s fortune, placing him in roughly the same tax bracket as the people he protects. “By humbling him, he was able to empathize with those he hoped to serve and protect.” 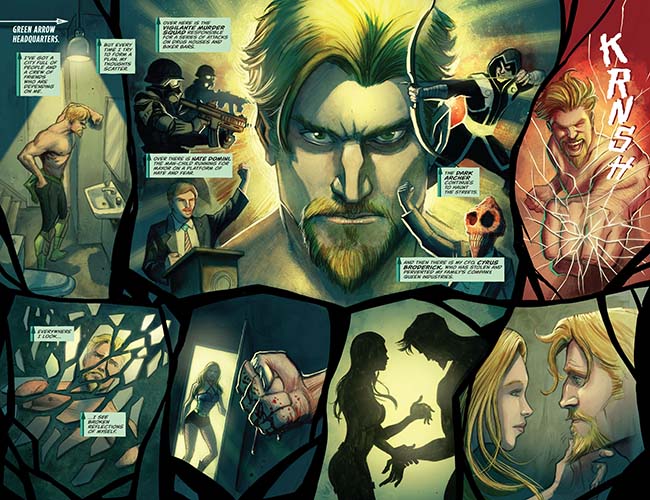 So once again, Oliver Queen’s been put back in the status of a guy who lost much of his fortune, but this time, it’s less likely they’ll tackle any planned issues honestly. And how is it impossible for a guy to empathize with the designated crowd if he’s a millionaire? If that’s the case, then Bruce Wayne shouldn’t be rich either. Reading this, you’d almost think they didn’t fully realize Queen had lost his riches before and was reduced to middle class. However, I wouldn’t be shocked if this time, there’s little chance he’ll be shown as religious or respectable of Christianity, recalling the 1973 story where he spent time at a monestary after he’d accidentally killed a criminal.

Percy is clearly unfamiliar with the classic Green Arrow stories of the 1980s and 90s, under Mike Grell, when Green Arrow was a right-wing libertarian. Writer Chuck Dixon politicized the book even further, having him fight rabid eco-terrorists. And one of the last O’Neil / Adams stories made use of Christian symbolism, the crucifixion. Clearly the character was never before hostile to Christianity.

And in “Hard-Traveling Hero,” Percy sought to humble Oliver Queen even more. In the multi-issue arc, Percy placed Oliver into an ethical “gauntlet” against individual members of the Justice League. Batman, Superman, Wonder Woman, even The Flash all butted heads against the Green Arrow, an effort by Percy to re-cement the Emerald Archer’s principles. By doing so, Percy believes, the Green Arrow has once again earned his place in the DCU.

But has Percy earned his privilege to write any mainstream superhero? I don’t think so. Here’s more proof why it’s ill-advised to overlook DC’s leftist leanings, and the whole notion you have to be economically poor to understand people living in the same is laughable.