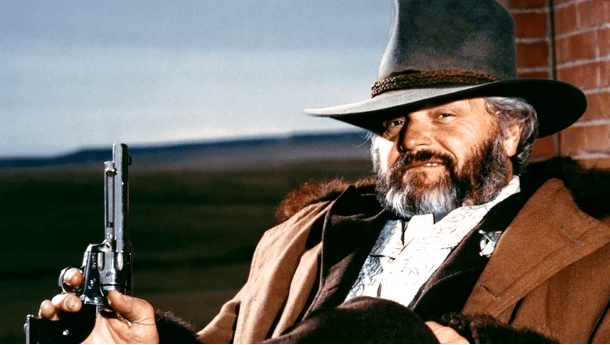 The great film, TV and stage actor Brian Dennehy died from natural causes this week, on April 15th. He was an imposing presence, a big bear of a man, who on film could be humorous, menacing and salt-of-the-earth, occasionally all at time same time.

Since breaking into Hollywood at age 37, the blue-eyed hulk of an actor has become almost omnipresent in character roles on TV specials and mini-series. For two decades he also has been a regular on the silver screen: as the sheriff in First Blood, the lead alien in Cocoon, the cunning lawyer in Presumed Innocent (not Harrison Ford, the other one). But he always has been a sort of second-tier star: audiences know his face and figure (6’3″, 250+) and critics generally praise his performance, although his name is rarely featured on cinema marquees and few rush to the video store looking for his latest release.

My personal experience of Dennehy? None, other than an old story by a producer friend who went drinking in Boston with the actor many years ago, and said that it was one of the most memorable evenings of his life. Presumably in a good way. 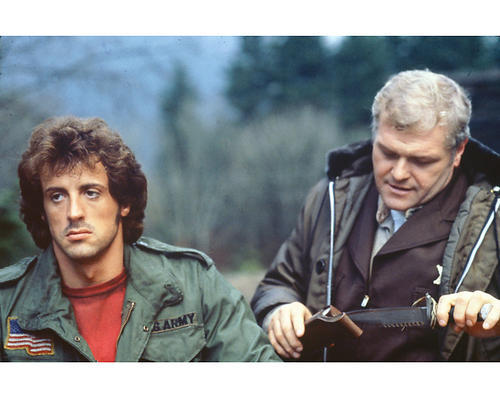 Last year Sky commissioned me to write and co-produce a documentary on the film maker Peter Greenaway.

For reasons too still too infuriating to recount, this was put on hold (nothing to do with Sky) – but I was planning to talk on camera to Dennehy about his starring role as the dying architect Stourley Cracklite in Greenaway’s (less navel-gazing than usual) picture The Belly of An Architect (1987).

He elevated the director’s script, IMO.

Rather than go through a list of his movies, I’ve selected few of my favourite Dennehy performances below, starting with my personal #1 role of his – as the tricksy but likeable Sheriff Cobb in 1985’s Silverado: