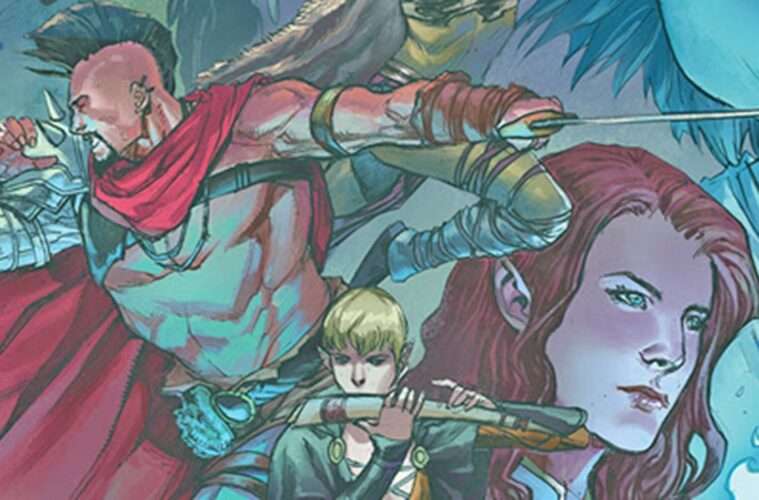 The Hollywood Reporter’s announced Top Cow is producing a fantasy comic called Helm Graycastle, set in an Aztec world, but the label they’re using to describe it is something that’s only big among media propagandists:

Helm Greycastle, released through Image Comics by Top Cow Productions, is described by the publisher as a Latinx fantasy series, and the main story will be accompanied by a Latinx RPG by Tristan J. Tarwater, with illustrations from Jen Vaughn.

Why do they use “Latinx” for description when it’s not even popular among the population of Hispanic background, with only 3 percent making use of it? Top Cow is again hinting they’re leaning for far too much political correctness in promoting a new story, which, despite the unnecessary political correctness, looks like a welcome tale:

“La Voz De M.A.Y.O. opened my eyes to how ignorant I am to my ingenious roots as a Mexican-American,” writer Barajas told The Hollywood Reporter, referencing his acclaimed debut comic, based on the life of real-life veteran and civil rights leader Ramon Jaurigue. “Helm Greycastle is a love letter to J. R. R. Tolkien and Dungeons and Dragons — and showing people of color that they can exist in this space, too.”

Of course. What makes this work is that they’ve created their own new characters to take the starring roles here, rather than how the Big Two have been going out of their way to replace established characters for publicity stunts. In fact, there’s a very valid argument that anybody who puts all their eggs into a superhero basket isn’t trying hard enough in this day and age. There needs to be room for more in the science fantasy genre than just masks and capes.

I wish the creators of this new Top Cow book good luck in selling it, most definitely if they avoid heavy handed politics, and their fandom for D&D and Tolkien makes a pretty good wellspring for influence. But using a “gender neutral” label for their promotional campaign that’s not even popular is throughly unnecessary, and signifies a case of too much political correctness remaining prevalent.