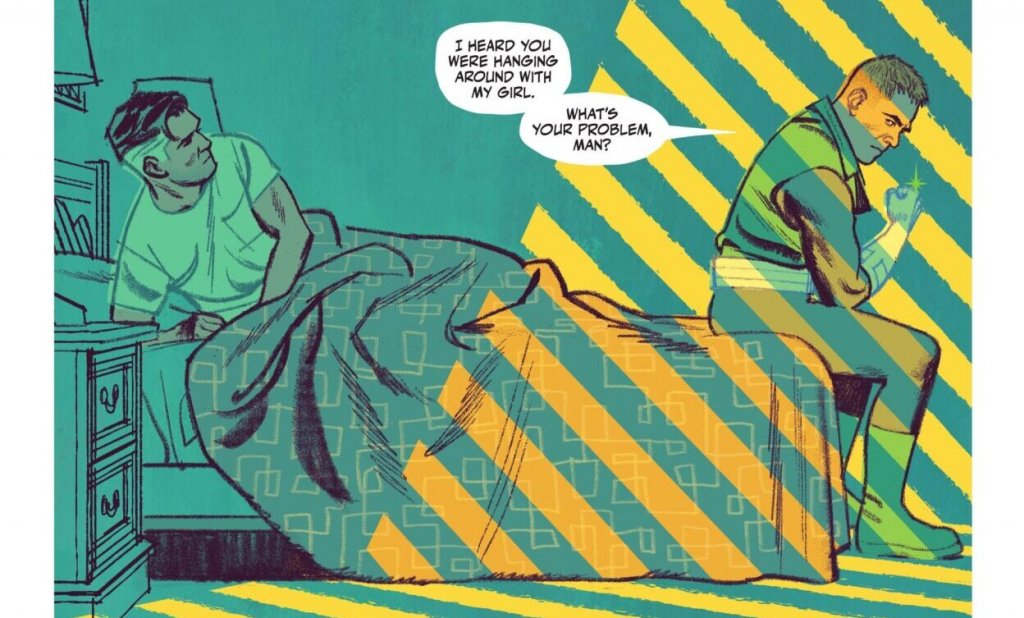 From the first pages of Tom King and Greg Smallwood’s Human Target, we’ve known that a DC character was going to die…

…and Guy Gardner just joined him.

The series revolves around the titular Christopher Chance, who has been poisoned in an assassination gone wrong. Chance has 12 days (in 12 books) to live – and to solve his murder. But by the end, we are absolutely certain he’ll shuffle off this mortal coil.

And the columnist doesn’t seem to have any complaints about tasteless clichés. The head-shaking part is that Chance was disguised as Lex Luthor when he got poisoned. It gets worse:

At the end of Book Six, that changed. Furious at both Chance and Ice, Gardner attacked with the full strength of a Green Lantern. He managed to hold off Ice’s incredible abilities with his power ring until Chance took a shot at him with his pistol. Gardner deflected the bullet easily, but the tiny distraction was enough to let Ice’s freezing powers get through his shields. Slowly, Gardner’s body began to frost over, turning him blue and statue-esque until he couldn’t even speak. Then Chance channeled his rage into a single punch…

… shattering Gardner’s body. Frozen bits of what was once the most annoying member of the JLI were scattered all about his apartment, while Chance and Ice slowly recovered from the shock of what happened. Guy then thawed into gory bits of flesh and blood on the floor with Chance admitting to himself their slow response probably cost them any chance of reversing what happened.

According to the unobjective synopsis, Chance and Ice try to cover up the murder. This seems to be a repeat of past writing elements King’s already foisted on other characters, most notably Wally West during Heroes in Crisis four years back. As for Guy being the League’s “most annoying member”, well gee, did they really want him to be that, if they didn’t like the characterization? Apparently, that Guy was meant to serve as comedic fodder in the JLI 35 years ago wasn’t any good either for these propagandists. 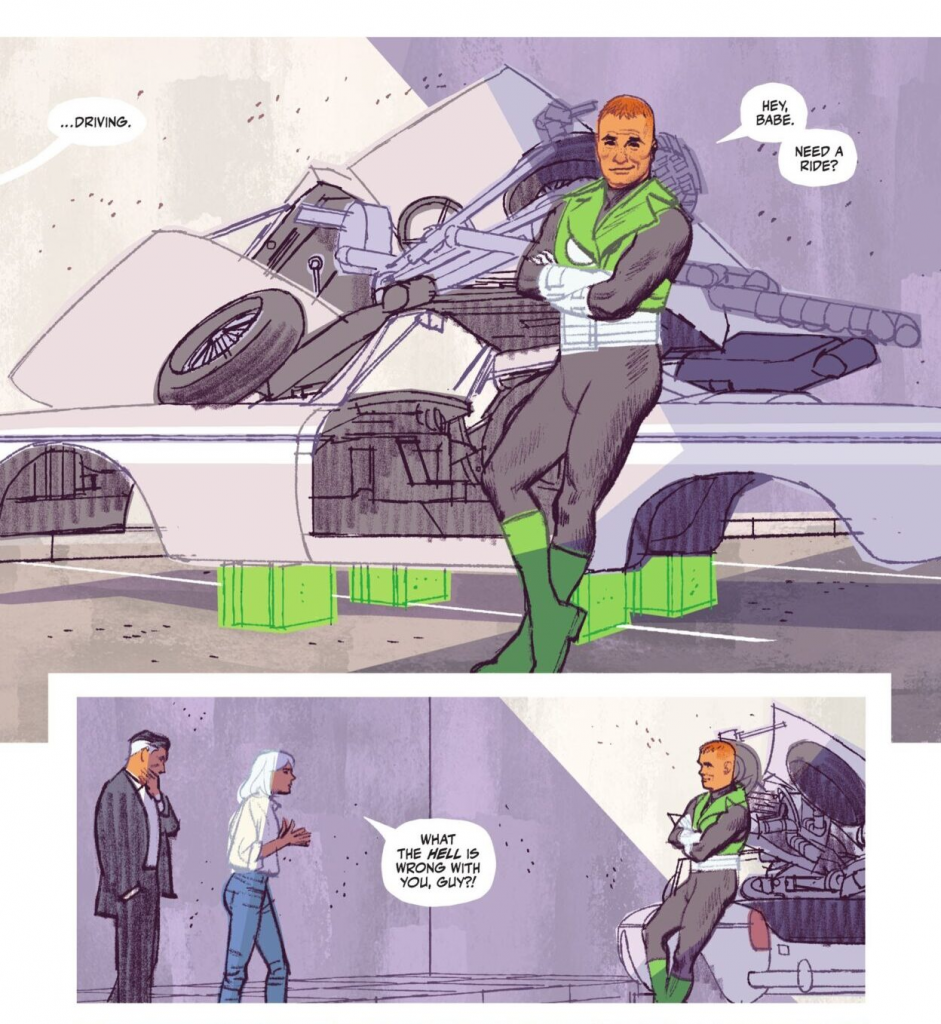 Maybe the most disappointing part of all is that an artist like Smallwood, who complained about Wertham-ish censorship several years ago would participate in such a cheap embarrassment. As noted, it may be a Black Label imprinted book, but DC/Marvel have spent so many years doing all sorts of alternate takes on their stable of characters, it’s become alarmingly disgusting, to say nothing of a sick joke, and doesn’t serve their products well at all. That the news reporters covering this don’t even complain, because the alternate reality status presumably serves as an excuse, isn’t good either.