Tolkien Bashing is Back on the Menu 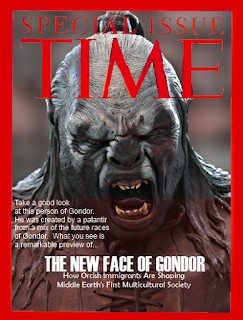 Alex over at Amatopia reports on the latest round of Tolkien bashing instigated by the grandfather of fantasy’s soyfed, unjustifiably smug inferiors.

Everything that is good, true, noble, and beautiful must be destroyed. The recent denunciation of the legend J.R.R. Tolkien and his masterwork The Lord of the Rings is just the latest incarnation of this madness.


Sci-fi author Andy Duncan is the most recent destroyer to whine about Tolkien’s supposed racism. Get a load of this:

The Lord of the Rings series has been branded ‘racist’ by a science fiction writer who claims orcs are discriminated against and written as inferior.

American author Andy Duncan said British author JRR Tolkien depicted evil creatures such as orcs as ‘worse than others’ and said this had ‘dire consequences for society’.

Alex does a fine job of dissecting Duncan’s verbal flatulence. I’ll just add that denouncing Tolkien for depicting evil creatures as evil is a textbook Stalin style demoralization ploy. It’s absurd on its face, and everyone knows it’s absurd, which perfectly suits Duncan’s motives since the whole point is to get everybody parroting absurdities they know are lies.

However, since the Left can’t meme, Duncan winds up stepping in the bear trap he himself set.

Duncan also compared the depiction of the orcs to modern day refugees and appeared to criticise President Donald Trump over the situation at the Mexican border.

He added: ‘It is easier to demonise one’s opponents than to try to understand them and to understand the complex forces that are leading to, for example, refugees trying to cross the southern border [of the US] legally or illegally.

‘It’s easier to build walls and demonise them as “scum”.’

Has Duncan ever read The Lord of the Rings? Hell, has he even seen the movies? It’s made explicit in both that the orcs want to conquer the free peoples of Middle Earth, despoil the land, and enslave anyone they don’t slaughter outright. Thanks to Duncan’s uncontrollable fit of Trump Derangement Syndrome, he couldn’t help drawing parallels between the orcs’ invasion of Gondor and the third world’s invasion of the West. It’s an allegory Tolkien didn’t intend, but it’s now firmly entrenched in Daily Mail readers’ minds. Nice own-goal, blubberlips.

Authors used to write about truth and looked like this: 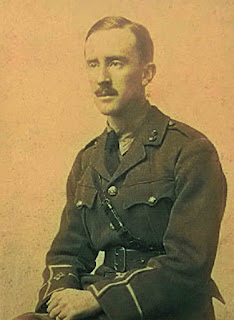 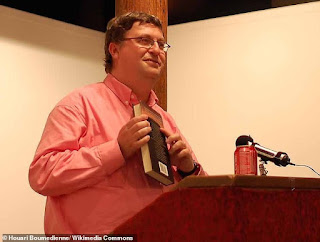 It’s almost as if there’s some kind of causal relationship at work.