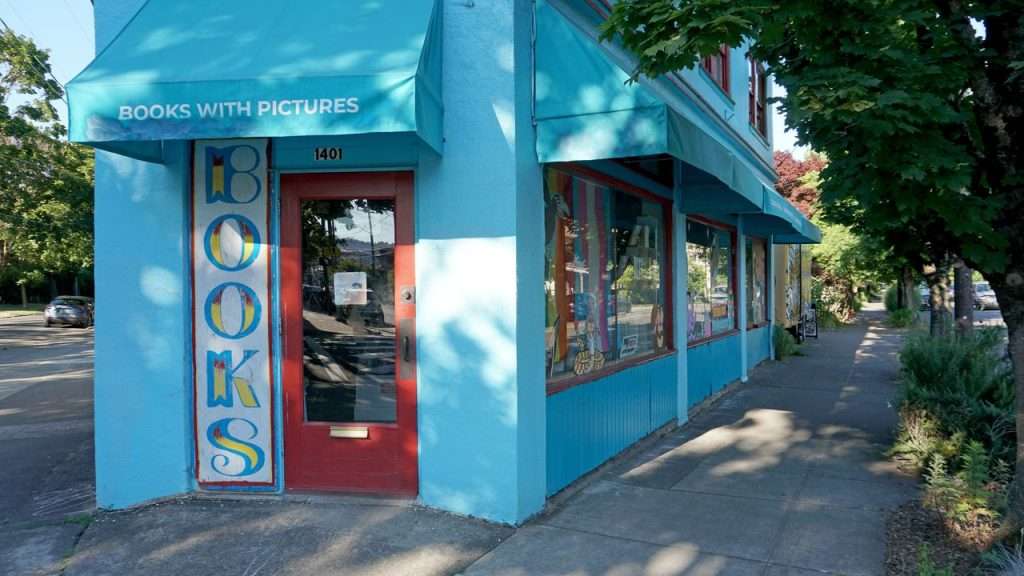 The Oregonian announced that the Portland-based Books With Pictures was elected best shop by the Eisner awards:

We reported on the store being nominated for the Eisner Spirit of Retailing award and at that time, owner Katie Pryde was heading off to San Diego Comic Con to see if the shop had won.

And well, it did.

And in what sense are they non-traditional? Here’s the answer:

When Pryde says non-traditional, she means that her store strives to make the space inclusive. Not just a little inclusive but a whole section dedicated to LGBTQIA+ characters and creators in stories, BIPOC-centered displays and an outdoor event space to make sure immunocompromised people feel safe to attend during these pandemic times. 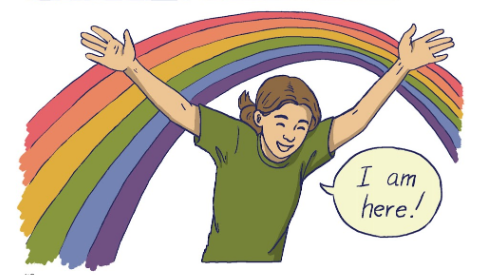 Oh, so that’s why the now long corrupted Eisner award board decided to elect this specialty store best in the world? Gee, what’s so new about this kind of marketing and promotion? It’s become so commonplace, along with far-left politics, and the worst part is that it’s come at the expense of a lot of other stuff. Besides, when they talk of inclusivity, they never mean according to nationality/ethnicity (Kenya, Ukraine, France, Armenia, Argentina, Laos, Finland, Croatia, in example), and may not sell stuff with the emphasis either, to show just how phony the whole inclusivity claim really is. And then, they continue with a most galling cliche:

Pryde believes that comics are for everyone and having an inclusive inventory and space is part of that mission.

“I come from the perspective that there is something in comics for anybody who is curious about reading comics,” she said. “There is this sort of old school perspective from a certain set of, uh, dudes, that they really want to make their girlfriends like comics or they wanna convince them to like comics. And I really feel like what is here speaks for itself. You don’t need to do a lot of convincing and cajoling. If somebody’s curious about it and interested in it, let them come in and let them find what’s exciting to them.”

Comic books for many decades were a medium dominated by white men in both the creator and retailer space. 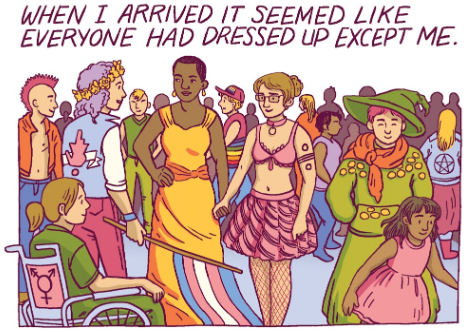 Needless to say, this is getting awfully atrocious by now when they make their laughable points that white men dominated the medium, yet never even so much as ask whether leftists had blame to shoulder for any dire states in creativity, or whether that’s the case now, when mainstream publishers dumb down the themes their products were built upon to suit a PC narrative. It’s also insulting how they make it sound like nobody thinks comics are for everyone. The problem is that most PC advocates shunned them along with animation for a long time, until they decided they made great tools for political indoctrination. The manager then goes on to relay a very weird story:

Pryde recognizes that some traditional comic book stores that don’t center inclusivity can be an intimidating space. She relayed a story about her friend who is an industry professional now, but used to steal comics.

“The reason she was a shoplifter of comics was not because she was broke, she had the money, but because the first time she went to her comic shop to buy a comic, she put it on the counter and the clerk said something mean about her book,” Pryde recalled. “It just was more appealing to imagine the police calling her parents because she was caught stealing, than it was for her delicate teenage soul to go and buy a book and have someone make a snarky comment.”

And Pryde said before she was an industry professional she always worried that the books she brought to the counter said something to the clerk about herself. She was worried she was making the wrong choice in books.

On the one hand, it’s honestly weird if a clerk works in a job involving products they dislike. On the other, it’s even more baffling why somebody would think shoplifting is cool, when truly, it isn’t. This is honestly embarrassing and ludicrous, because it suggests somebody was out of her mind when she was younger.

Books With Pictures, and Pryde herself, offer a judgment-free zone for people to buy books and comics from “X-Men” to “Genderqueer.”

Oh, please. Most stores I’ve been to usually avoid being judgmental about what you buy, so why must we believe that was ever truly the case before? Or, what if this store were judgmental about books with favorable views of conservatives, assuming they even sell them there? That aside, that the store in focus sells Genderqueer is quite an eyebrow raiser, since the book’s made headlines for explicit sexual content involving teenagers. Even in Oregon, it’s raised concerns, yet the school system there’s keeping it on the shelves, no matter how noxious its content could be for children. And this is what the newspaper thinks is okay overall? Quite galling, but not unexpected coming from such sellouts to PC lunacy. 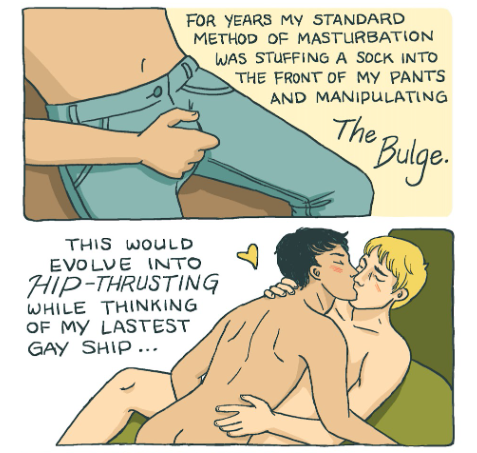 And if the Eisner award board’s fine with such marketing, it only explains why, much like the Oscar awards, they’re not worth paying any attention to anymore, since it’s apparently become a political award, rather than one based on merit.