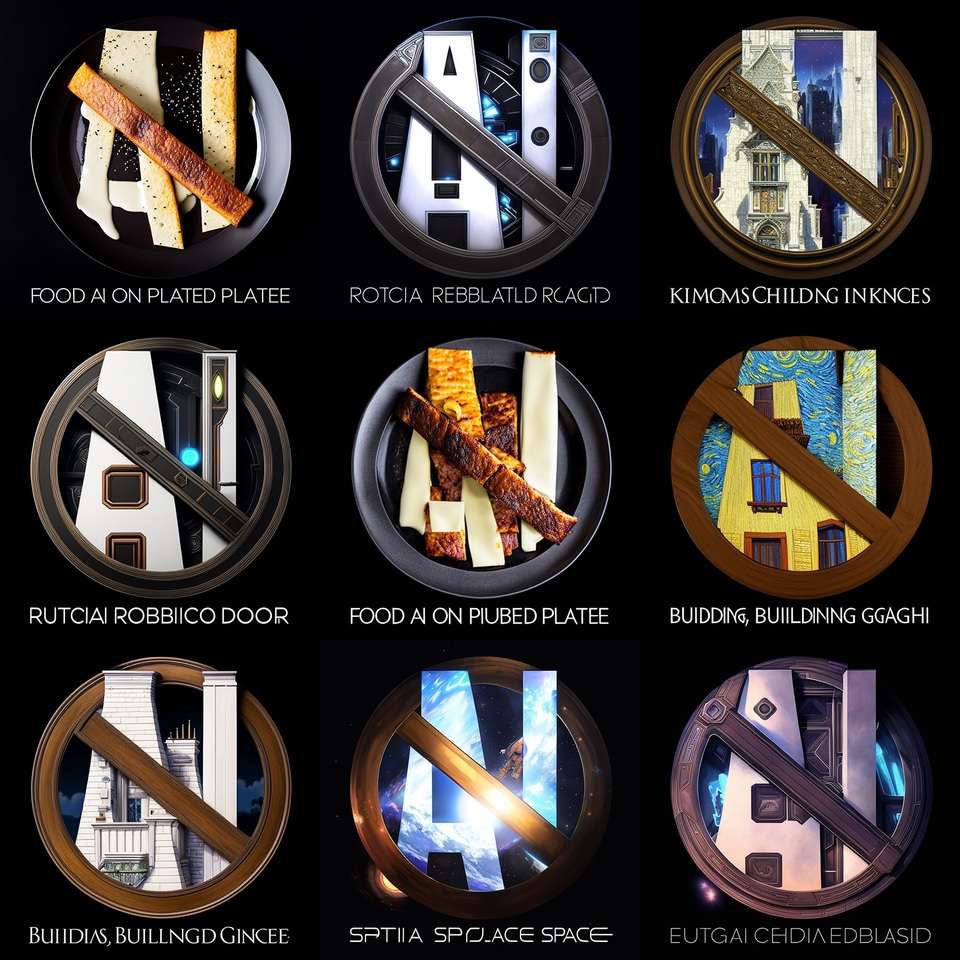 As I mentioned last time, the upsurge in anti-A.I. art sentiment doesn’t seem entirely organic to me.

People had been talking about art algorithms like Midjourney and Stable Diffusion for a while. My friend, author David V. Stewart, even did some videos on A.I. book cover design.

Sure, these algos were getting their fair share of criticism. But the backlash seemed like it came to a head near the middle of last week. All of a sudden, my Twitter timeline and private messages were full of people on both sides making arguments.

The last time I saw a topic this contentious was Trump’s campaign back in 2016. Before that, it was #GamerGate, and before that Sad Puppies. In all of those past cases, you had mainstream media sources disseminating agitprop, which social media influencers picked up and spread online.

So I suspected the same was happening this time. And I reached out to a contact in the A.I. art scene who came up with the receipts.

The Concept Art Association is a San Francisco-based advocacy group. They used to focus on reacting against Hollywood’s use of CG. Now they’ve issued a fatwa against A.I. art. Pursuant to which, they launched a gofundme campaign to fund anti-A.I. art lobbying efforts in D.C.

They posted an alleged explanation of how A.I. art works, but they had to change the wording three times since A.I. programmers kept calling out their errors.

Here’s the current wording as of this writing:

Even that attempt to backtrack is inaccurate. Algos like Stable Diffusion try to mimic how the human brain works. If they’re stealing copyrighted IPs, so are any human artists who are influenced by other artists. 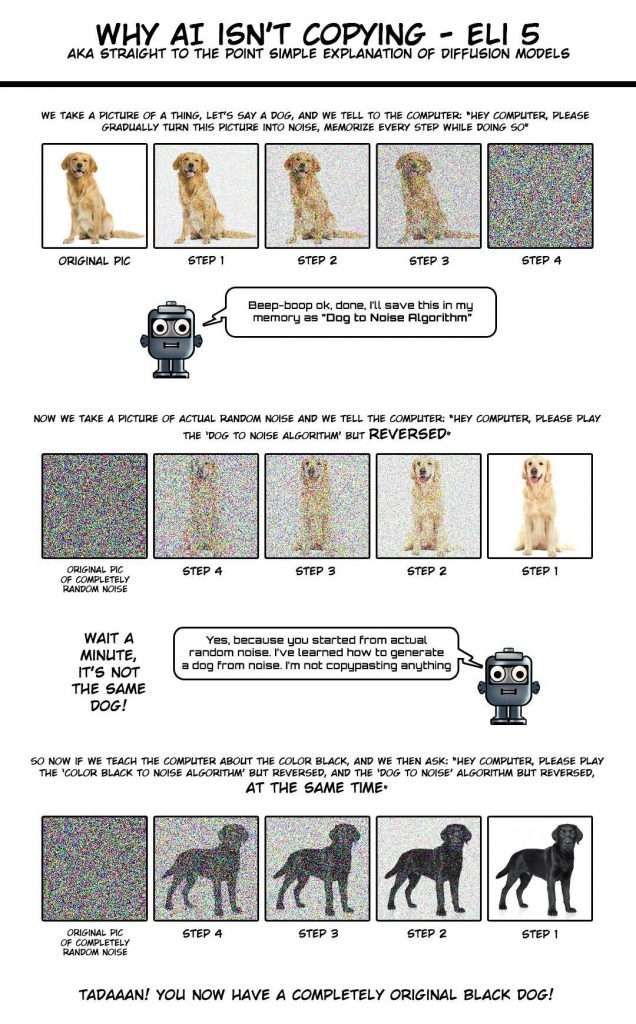 It’s also worth pointing out that the CAA has the exact ideological biases you’d expect from an artist advocacy outfit operating out of San Francisco. Their pearl clutching about A.I. reproducing biases and stereotypes likely refers to how A.I. keeps reflecting reality to Death Cultists’ dismay.

If you need more proof, consider the poster girl the CAA has fronting their campaign. If you followed the stable of YouTubers that covered the fan backlash against Star Wars and the MCU, the name Karla Ortiz may ring a bell.

Because as a concept artist on many of those movies, she’s had a direct hand in helping Disney desecrate your childhood.

And while I haven’t put her to the Test yet, she gives off strong Witch vibes. 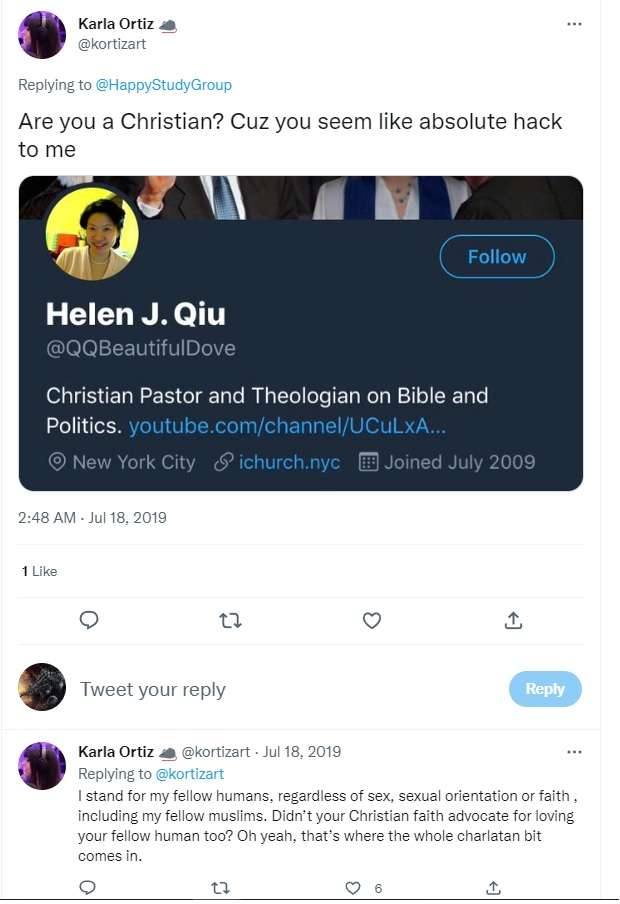 Whether you love A.I. art, hate it, or are indifferent to it, if you’re a newpub creator, a Conservative, a Libertarian, or a Christian, the CAA propaganda campaign should raise red flags for you.

Their false talking points already proliferated on sites like Art Station and DA. Now I’m seeing people who should know better parrot them on Twitter.

We already know that oldpub is using these algos. 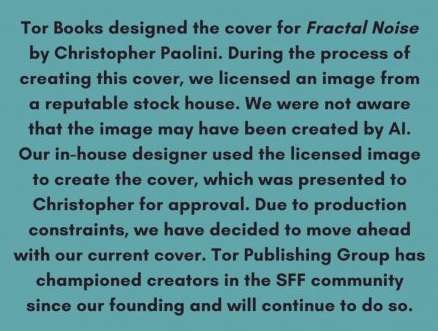 One reason A.I. art is becoming so popular is that commercial art – be it oldpub (and let’s be honest) some newpub – has been subpar for years.

These art algos give independent creators a golden chance to make an end run around the gatekeepers and beat them on quality, speed, and budget.

If you don’t think the Witches infesting C Suites in New York and LA don’t see and fear this potential, you’re not thinking long term or big picture.

Why do you think Tor and Disney are publicly denouncing A.I. art – and the latter is backing attempts to regulate it on the down-low?

Do you think oldpub and Hollywood are going to get this technology outlawed in ways that denies them such a huge competitive advantage?

Or will they fund “A.I. art for me but not for thee” laws that shackle indie creators while leaving them free to spread their anti-Gospel with help from the most advanced tech?

To ask the question is to answer it.

Don’t just take my word. Or the word of randos online. Do your own research. It doesn’t take long to learn how A.I. art algorithms work.

Plenty of artists are excited about it, since it will help speed up their workflow.

In short, don’t promote psyops by people who  hate you.

More on that in my #1 best seller