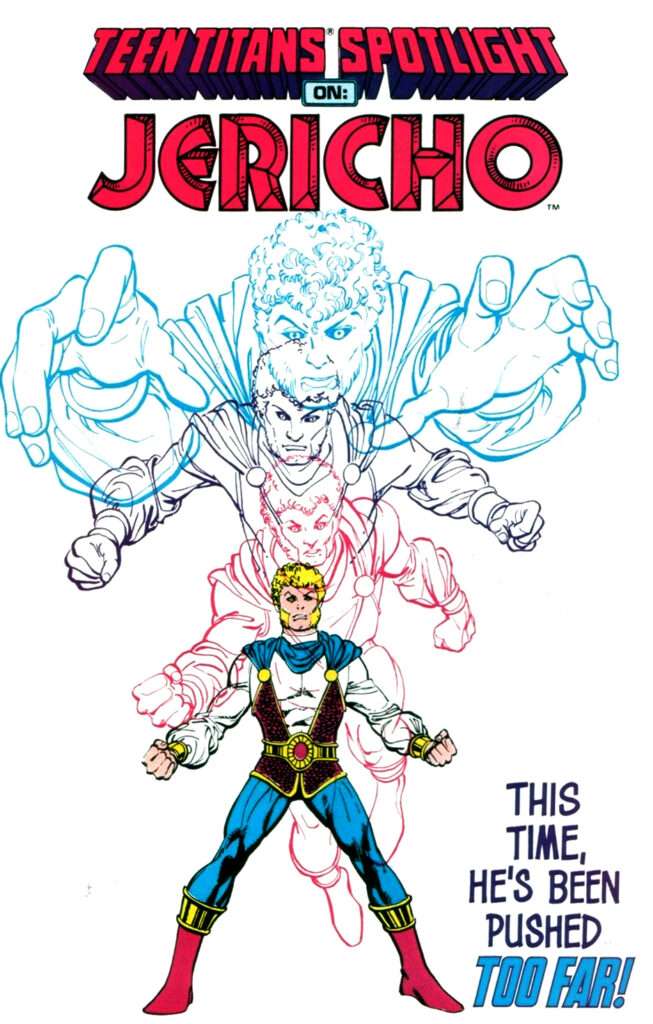 I have in my back issue collection an old copy of the 7th issue of Teen Titans Spotlight, the 1986-88 spinoff of the New Teen Titans that told semi-anthological tales of individual members, and in the letter pages, I discovered the following item, written by an obviously left-wing correspondent who seemed to be asking Marv Wolfman and company to take a character they’d already created, Jericho, and use the hero to serve as a LGBT representative: 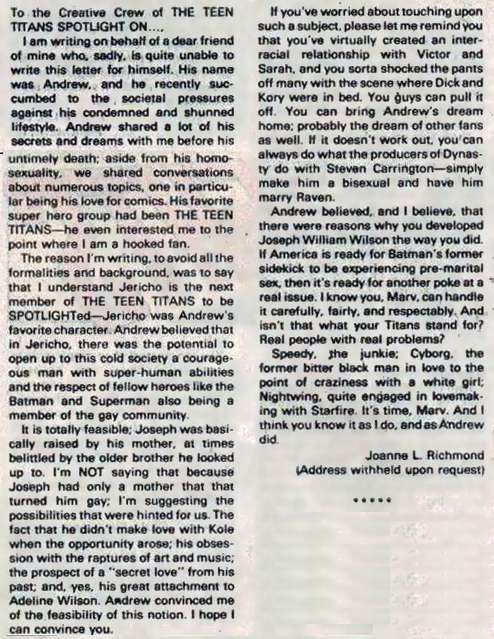 So the letter writer was a woman who knew a gay man who may have actually believed Joseph Wilson’s characterization was literally akin to homosexuality unquestioned, and she herself even believed that because Joe was raised mainly by his mother, Adeline Wilson, and his older brother wasn’t proving much of a role model himself, so a fictional character wound up becoming homosexual?!? Good grief. Yet another example of somebody phoning in their correspondence not comprehending the differences between real life and fiction. And in addition to that, asking in pure bleeding-heart-liberal style that Jericho, already introduced 2-3 years prior in NTT, be taken and changed to homosexual. Thank goodness that in the story presented in TTS, Jericho was shown to have once loved a woman, even if this particular ex-lover turned out to be a crook herself, and in New Titans #55, he’d been further established as a ladies’ man. 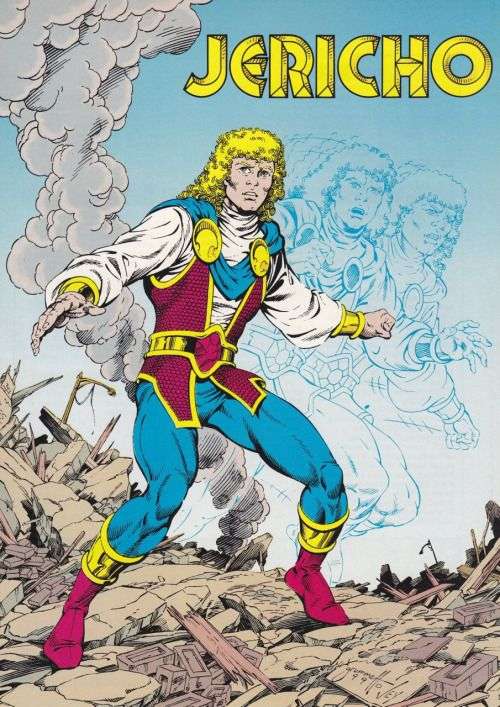 Something tells me, however, that even if Jericho were changed abruptly to homosexual, nobody would’ve cared that he was later killed in 1991, in the “Titans Hunt” storyline, at least not at that time. Most homosexual characters today, along with some characters of different racial background, often get immunity from such an abominable practice simply because of the propaganda platform they represent, or out of PC sensitivity not afforded for whites, though most buzz they get in the MSM usually evaporates soon after it made headlines, as is the recent case with the Son of Kal-El spinoff from Superman. Naturally, it’s reprehensible when “protected/privileged class” mentality is applied to art, and heterosexual characters by contrast end up being turned into sacrificial lambs because they’re considered expendable, along with white protagonists, since that’s some of the biggest reasons why art is ultimately ruined in the end. Deaths cannot be the answer to everything in serial fiction, corporate-owned or otherwise, and PC cannot be allowed to dictate how things are handled either

It’s strange how the woman doesn’t seem to have paid attention to the background established when Joe debuted in 1984, and was told about by Adeline: father Slade, aka Deathstroke, did spend some time with him, even if not on a regular basis. Either way, being raised under an otherwise single mom does not result in instant homosexuality, if that’s what she’s implying. My own father was an only child whose parents were estranged/divorced, and he grew up perfectly normal. Comedian Kevin Hart, for example, was raised by a single parent but married to a lady named Torrei, then later to Eniko Parrish, and has at least 4 children. Even actor Leonardo diCaprio, who was born a week before I was in 1974, was raised mainly by his mom, and he later dated Israeli model Bar Refaeli. Some ideologues sure have a pretty selfish way of looking at things. And has it ever occurred to anybody that teaching one’s sons to be gentlemen (and girls to expect such high standards), is the kind of personality Jericho’s characterization could’ve reflected and represented? That’s something horribly lacking these days the PC advocates who only care about LGBT representation don’t care about either. 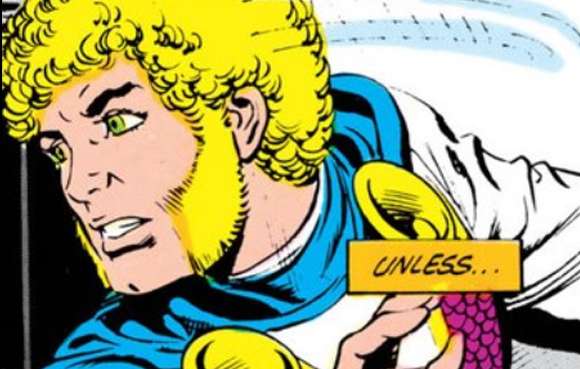 Anyway, the correspondent from over 35 years ago should honestly be ashamed of herself for asking that an already established character be turned into what was known as a “closet case” back then, instead of asking if a new character could be introduced to represent what she describes as “condemned and shunned lifestyle”. If I were in Wolfman’s position, I’d be furious and my intellect insulted that somebody’s trying to push me into being their “activist servant”. And it’s ludicrous to use interracial relations as justification for normalizing what, by contrast, happens to be ideological/psychological, but due to PC, nobody’s willing to admit. Come to think of it, it’s also ludicrous to use Dick Grayson and Koriand’r’s love life as justification too.

Besides, there had been implied sex in comicdom since the 1970s, when the CCA was eased up, and Peter Parker/Mary Jane Watson’s relations could be seen more in such a light too. At least the correspondent says that if her proposal didn’t work out, they could always write Joe as bisexual, and marry Raven. Yet that’s exactly the kind of absurdity that’s brought about all the embarrassments we’re seeing from DC now, like a bisexual Robin and Jonathan Kent, son of Superman, and in the long run, has led to the risk of putting them in positions where they’ll never be depicted taking a heterosexual date ever again. The problem is that these progressives vehemently refuse to accept whether homosexuality should be viewed as a flawed path for anybody to take. To them, the whole notion is completely off the table in liberal Hollywood, for example.

I suppose a good question regarding the published letter is, should DC have actually printed it in the first place? On the one hand, maybe they shouldn’t have, since it’s only giving all sorts of misguided people a platform on which to lecture (and you could surely make the same argument Marvel shouldn’t have published a letter in 1973 belittling Gwen Stacy as a “twerp” in Spider-Man #125). On the other hand, it can be important to know just what certain people think, because that way, you know there’s people out there who actually believe artists and their art, corporate-owned or otherwise, should service their narrow beliefs instead of the other way around, and instead of the artist having the freedom to decide what the most ideal subjects should be for exploration, and without having the tail wagging the dog.

f the letter writers really believe so much in what they say, they should be writing their own stories and not intruding on other people’s work. Some could say that’s one of the reasons why Rogue and Gambit’s relations in X-Men post-1990 was otherwise slapdash, because the Marvel editors/writers listened to some mere suggestion by a correspondent, and then jerry-built a would-be affair between the 2 of them that didn’t really work out for the better. The letter from Teen Titans Spotlight #7, for now, presents us all with an example of how leftist activism, in some way or other, existed long before the advent of the internet, and since then, in an era where social media’s become the norm, there’s only so much of that activism going around for the worse.