Many YouTube Channels and blogs have reported on the notion that Lucasfilm will be calming down its woke hysteria in an effort to win back fans from the repulsive political nature of The Last Jedi. But the sad reality is that this race and gender based madness isn’t going anywhere. 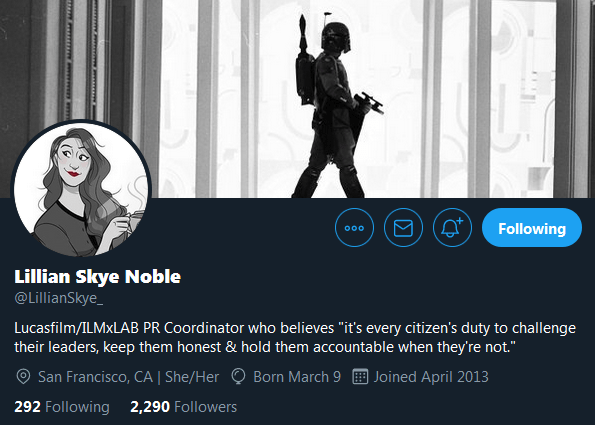 I wonder if Lillian has ever bravely and/or boldly challenged Kathleen Kennedy. But I digress…

Lillian has recently posted a new job ad for Lucasfilm. 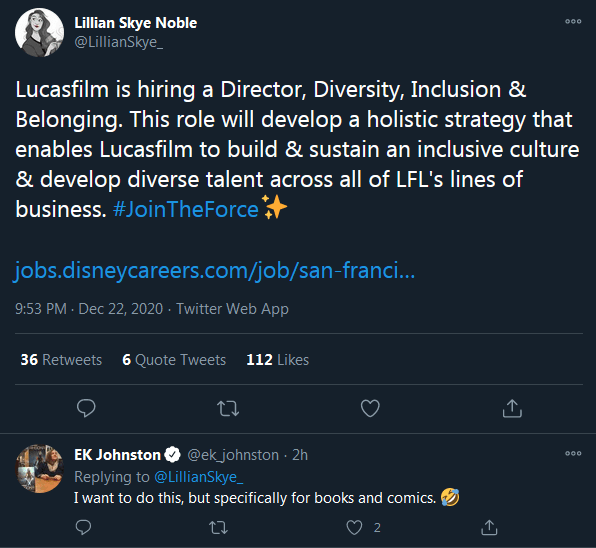 Any guesses as to how many “straight white males” will be considered for this position?

Let’s look at the job ad over at disneycareers.com.

Well gee willikers. That sure doesn’t sound like an intent to reduce wokery to me. In fact, it sounds more like an intent to perpetuate it even more, since they’re looking to hire a new director that will do exactly that.

This may be the first introduction for some folks to the term “belonging” as it pertains to woke retardation. It’s a relatively recent addition to the SJW lexicon that fresh graduates are now being programmed with, so you shouldn’t feel too bad about that. To learn more about this nonsense, watch my documentary on Disney’s Diversity Diva, Julie Ann Crommett, whose entire existence is devoted to pushing and enforcing this race and gender based lunacy throughout every nook and cranny at Disney.

The FTC has the following posted on their website:

The laws enforced by EEOC makes it unlawful for Federal agencies to discriminate against employees and job applicants on the bases of race, color, religion, sex, national origin, disability, or age.

But not anymore. Now, race and sex are the primary hiring factors for companies that hire politically indoctrinated graduates who are unable to think about anything else. So is it any wonder that California wanted to do away with protections that barred public entities “from taking race, gender or other personal identifications into consideration during admissions, hiring and awarding of contracts since 1996?” Discriminating against politically incorrect races and sexes is exactly what SJWs desperately want to do in every facet of life. And of course it simultaneously allows them to place politically compliant candidates into positions without regard to qualifications, credentials, experience, or merit. It’s an efficient way to facilitate entryism under the guise of virtue, which is the entire point of all of this. Though, none of this should really come as a surprise to anyone given that Lucasfilm is going to produce an anti-police fantasy film franchise for children.

So make no mistake, the wokery in Star Wars is still there and never left. Even in The Mandalorian. It’s just that now it may be too subtle to see for those who aren’t as familiar with how it manifests, especially when they’re dangling shiny things in front of you to distract your attention. After all, you can’t very well let that white male tag along, if you want to have your all-girl butt kicking sequence. 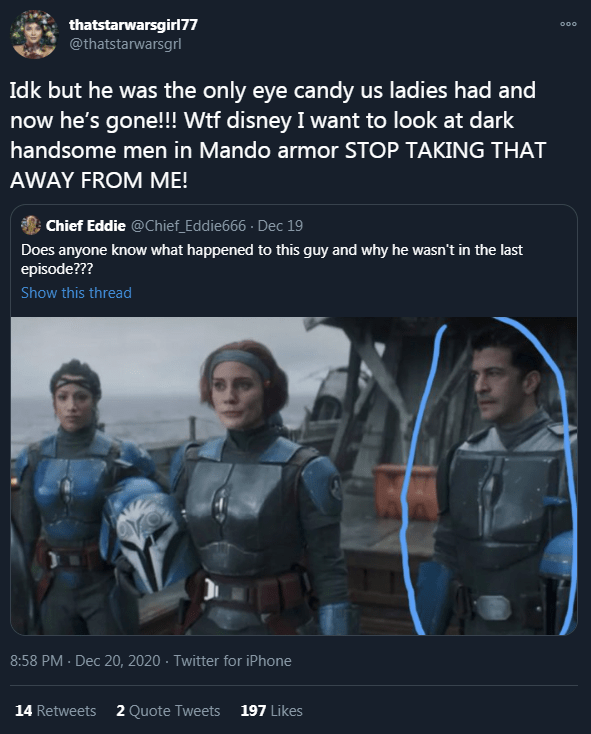 Those who think any of this crap is going away, are just setting themselves up for heartbreak.