The wretched Screen Rant reveals that the latest elements proving Jonathan Hickman’s X-Men rendition overrated include hints of a homosexual relationship between Cyclops and Wolverine, if you can believe it: 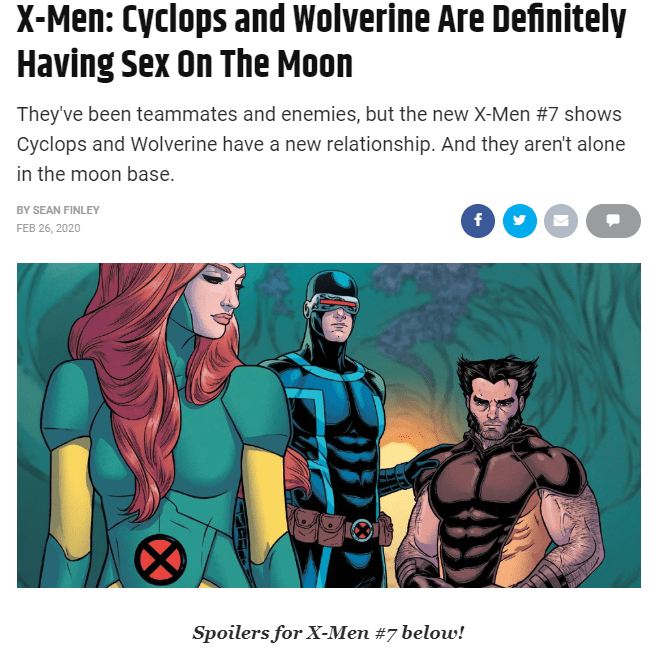 The new issue of X-Men strongly suggests a sexual relationship between two of the team’s most prominent mutants, Cyclops and Wolverine. In previous issues of the series, writers strongly implied a polyamorous relationship between Jean Grey, her husband Scott Summers AKA Cyclops, and “Logan” Howlett, better known as Wolverine, his longtime rival for Jean’s affections. The exact nature of their partnership has been one of the biggest mysteries looming over the recently-relaunched team, but this week’s X-Men #7 makes a strong case that Scott and Logan are directly sexually involved. 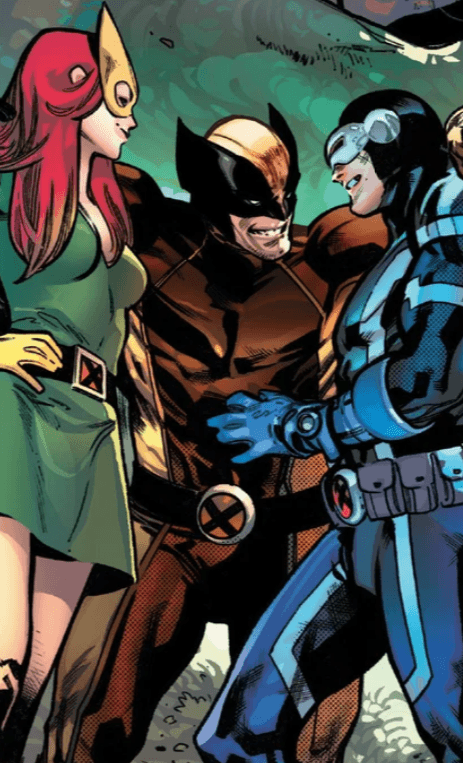 So far, they don’t seem to have actually confirmed a same-sex relationship, which would amount to “slash fiction”, presumably because they’re trying to back away from all the embarrassment that resulted from Axel Alonso and Brian Bendis’s contrived transformation of Iceman in the past 5 years (though their continued PC pandering obviously would suggest otherwise), but even merely suggesting it can be pretty tasteless.

Of course, depending on one’s viewpoint, SR could very well be sensationalizing everything in their hopes to promote the social justice concepts they hold dear. Still, this whole premise of bottling all possible mutants up on a fictional island is pretty cheap and only perpetuates this whole weird premise that mutants in such sci-fi settings should distance themselves from the rest of society, which isn’t very creative at all. And again, let’s not forget what they did with Moira MacTaggart.