The following chart comes to us from Statista, who asked respondents who their favorite Star Wars character was.  This chart is based on data from the year 2017, the same year that saw the release of The Last Jedi.  The fan favorite human character of all time just happens to be a woman. 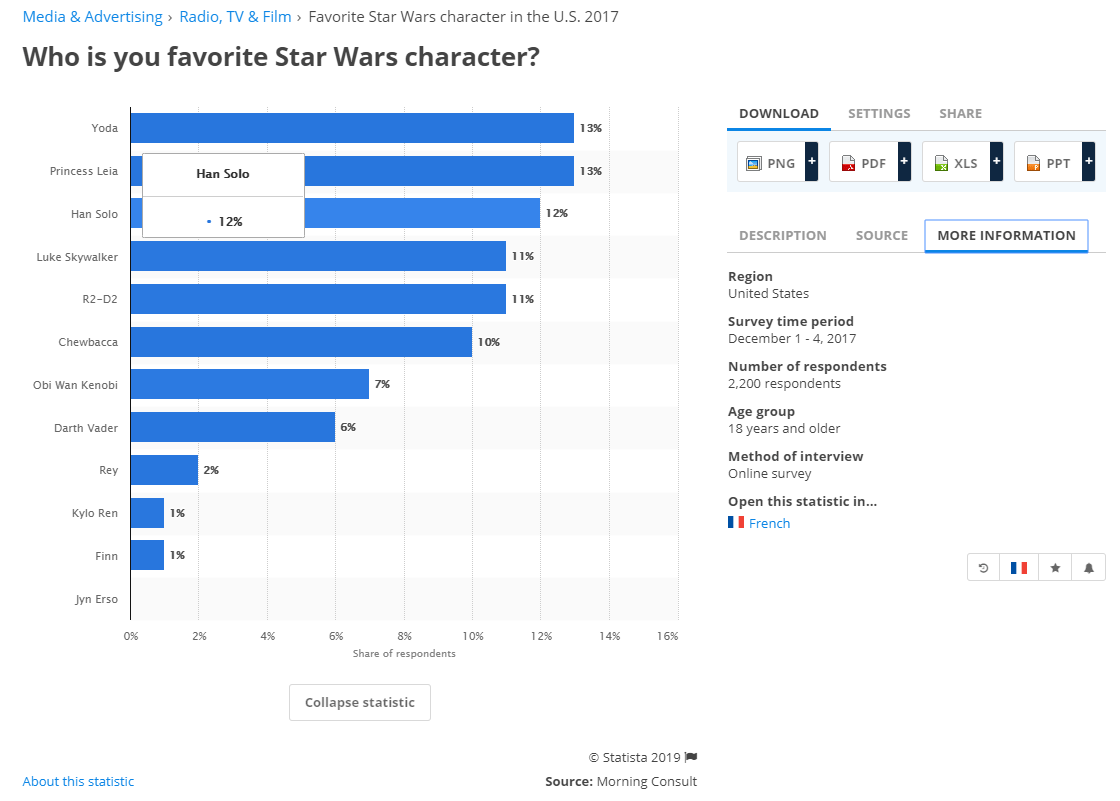 For equality and balance, the Sequel Trilogy women languish on the bottom.  It’s almost as though gender isn’t the issue here.