The Marxist & Politically Correct Influences of the Matrix Franchise 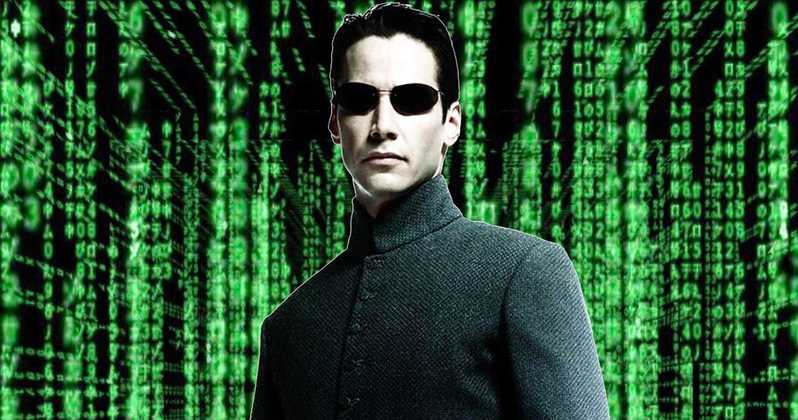 Some may recall the early 2000s trilogy of Matrix movies starring Keanu Reeves, which may have allegedly been inspired in part by cyberpunk comics. But here’s some history from CNS News to what kind of negative messaging and influence they also apparently had:

The way of life you and other quiet, decent, peaceful people live — paying your taxes, obeying the rules, showing up to work on time, helping your landlady carry out her garbage and so on — all is a sham, designed to blind you to a system of exploitation and control that is at the heart of everything and which is all that really matters. The system’s rulers have imbued you with false consciousness that makes you an unwitting slave, and you must be properly “awakened” from and alienated against the system and its false morality. Anything, even what the system and its defenders call terrorism, is justified to achieve its inevitable destruction. Police officers or apparent FBI agents are tools of the system, and killing them is acceptable.

So far, seems like pretty standard Marxism, doesn’t it?

Then consider further. All the major villains are white males. They created the evil system, and ruthlessly suppress anyone trying to expose the truth about the exploitation and liberate the masses.

Fighting against these evil white men and the sterile, false way of life they champion is an ideal community that has been liberated and had its consciousnesses awakened. Here, in the “real” world, the people not merely “diverse”, they are overwhelmingly non-white. They do not wear business suits or work for software companies. Instead, in between work, secular “prayers”, and battles, they jump up and down in the mud in their bare feet to the sound of African style drums. They are the revolutionary movement seeking to smash the evil, Western style civilization – counteracting the enemy’s superior strength and firepower with small teams carrying out bold strikes such as blowing up power plants and skyscrapers.

Now this seems to go beyond standard, economics- based, orthodox Marxism, showing an influence from the newer style, cultural Marxism often called Political Correctness; which has glorified or made excuses for all anti-Western violent radicals, including al-Qaeda. Cultural Marxism goes beyond a hatred of Western Civilization, and specifically harbors a special dislike for the people who are disproportionately responsible for creating and sustaining it: white heterosexual able-boded males. Many fair-minded people are uncomfortable in examining the racial aspect of this issue, but PC’s adherents are often relentless in their animus, even (or especially) if they belong to the groups that PC hates. And while PC is extremist, it is not a fringe movement; visit a typical college campus, examine a significant portion of pop culture, or even examine much of current public policy that touches on race, for example, and you will find this attitude given a harsh reality.

I do know that in retrospect, I didn’t think Matrix was that appealing at all for a cyberpunk tale, and I’m even less impressed now, as this information only compounds my distaste. That the Wachowski brothers have since gone on to take up trans lifestyles doesn’t improve the situation. Making that all the more ironic is that, as the screenwriters who adapted V for Vendetta, they made it sympathetic to Islam, which is against the world view they hold now.

I think it’s also insulting to the intellect how Reloaded seemed to compare Neo to Superman, considering how dreadful the propaganda is in the films to begin with, and basically against/insulting to all that is Superman. Why, come to think of it, the film’s use of the word Zion, which is a synonym for Israel and patriotism for the same, is inappropriate as well.

And then, to make matters worse, as told in this Hollywood Reporter interview:

She reveals that so much of The Matrix, for example, was “born out of a lot of anger and a lot of rage, and it’s rage at capitalism and corporatized structure and forms of oppression.” Wachowski explains that the “bubbling, seething rage within me was about my own oppression, that I [was forcing] myself to remain in the closet.” The result is a lot of subtext baked into the franchise about the spectrum of gender and the trans experience.

See, now here’s something I don’t get. What’s their beef with corporatism? It’s practically enabled abuse of established franchises like DC/Marvel comics, as the conglomerates who own them do nothing to ensure they’ll remain palatable. But what’s told here about LGBT ideology certainly gives a clue to how nuts this filmmaking pair must be.

Back in 2003 when the sequels were made, interestingly enough, a critic for Slate was not impressed:

The grim news is that The Matrix Reloaded is as messy and flat-footed as its predecessor is nimble and shapely. It’s an ugly, bloated, repetitive movie that builds to a punch line that should have come an hour earlier (at least). Then it ends as it’s just beginning: Stay tuned for The Matrix Revolutions, coming in November to 8,000 theaters near you.<

[…] In Reloaded, Neo can fly around the Matrix in ways that remind even the other characters of Superman. Actually, he’s Superpriest: Those long Chow-Yun-Fat-style coats have been replaced by a black cassock with a high cleric’s collar. A bulletproof monk! The Matrix is basically his playpen now: He can look the way he wants, move the way he wants; he might even be able to bring back the dead. But his powers don’t seem to turn him on. Neo the One is a dull, earnest boy, and Carrie-Anne Moss’ Trinity has lost that mysterioso S&M vibe and become rather mushy and maternal.

The first movie was decidedly full of pretensions, and after the way the two movie-making siblings have been going, it’ll only look all the more dated and tainted. As I’ve said before, I’m uncomfortable with the references to Superman made here, as they’re just so embarrassing and cynical. The Matrix trilogy is not going to age well, and is an embarrassment to the sci-fi genre, cyberpunk or otherwise.