The Evolution of Thor: Regarding Marvel’s Changing Views on Religion 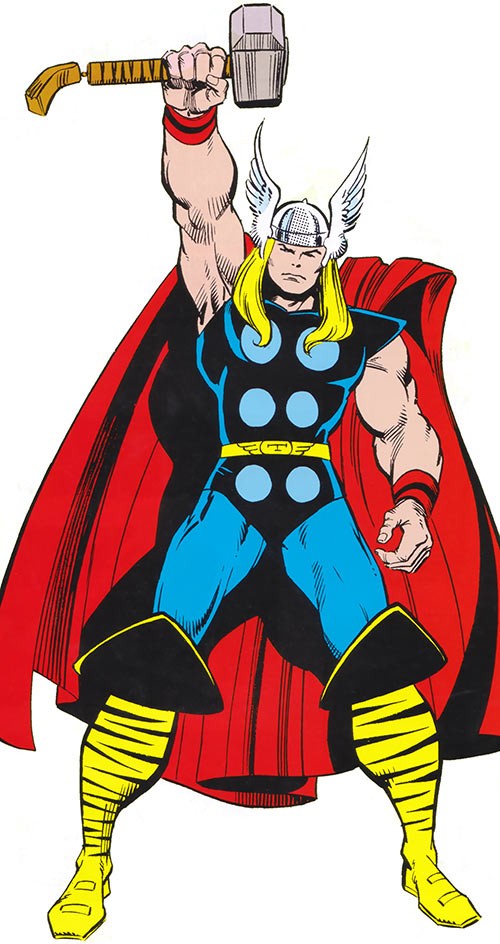 In the Marvel universe there are few characters that have been regarded with as much awe and respect as Thor, the comics version of the God of Norse mythology.  Created in the 60’s by Stan Lee and Jack Kirby he was intended to be the most powerful of earths hero’s and what could easily be seen as Marvel’s “answer” to Superman. As Lee himself explained:

“I dreamed up Thor years ago because I wanted to create the biggest, most powerful superhero of all and I figured who can be bigger than a god?”

To this effect Thor displayed a variety of powers ranging from the obvious (super strength and endurance) to the almost absurd (time travel, teleportation). However, in an act of good story telling, many of his more fabulous powers were tied to his mystic hammer; which also became his Achilles Heel. Bonded to mild mannered doctor Donald Black, if Thor became separated from the hammer for more then 60 seconds he would revert back to his mortal alter ego. Thor’s “Kryptonite” if you will. 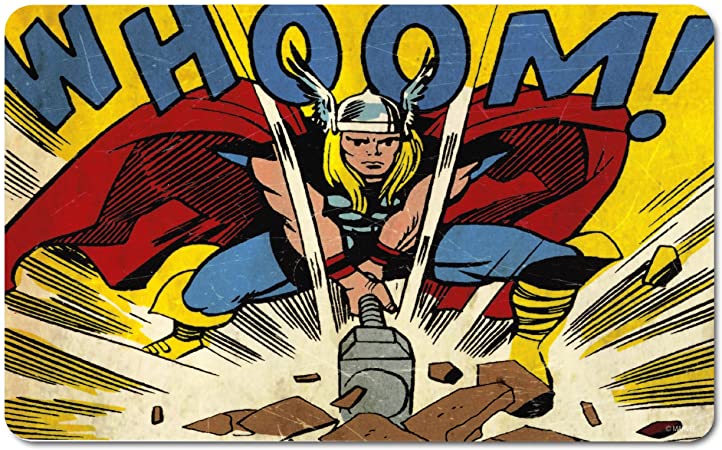 Thor’s origins as they were presented were clearly intended to be divine, he was THE god of thunder, not a super hero’s or some sort of mortal inspiration for the legend. The elder goddess Gaia is Thor’s birth Mother and Odin is his father. Asgard resides in a separate dimension from our own, only accessible through mystical means.

For roughly the first 30 years of his existence within the MU this was the status quo. A common trope was hero’s or Villains whom had never encountered him being skeptical of Thor’s divinity, only to be awestruck once they realized they were in the presence of an actually deity (This particular trope was slow played to great effect in the Ultimates line).

Then sometime around the mid 1990’s things began to change. From an editorial perspective the way Thor and his cast were being handled seemed to subtly change. The grandeur surrounding the character slowly began to fade and as did his some of his attributes and achievements. 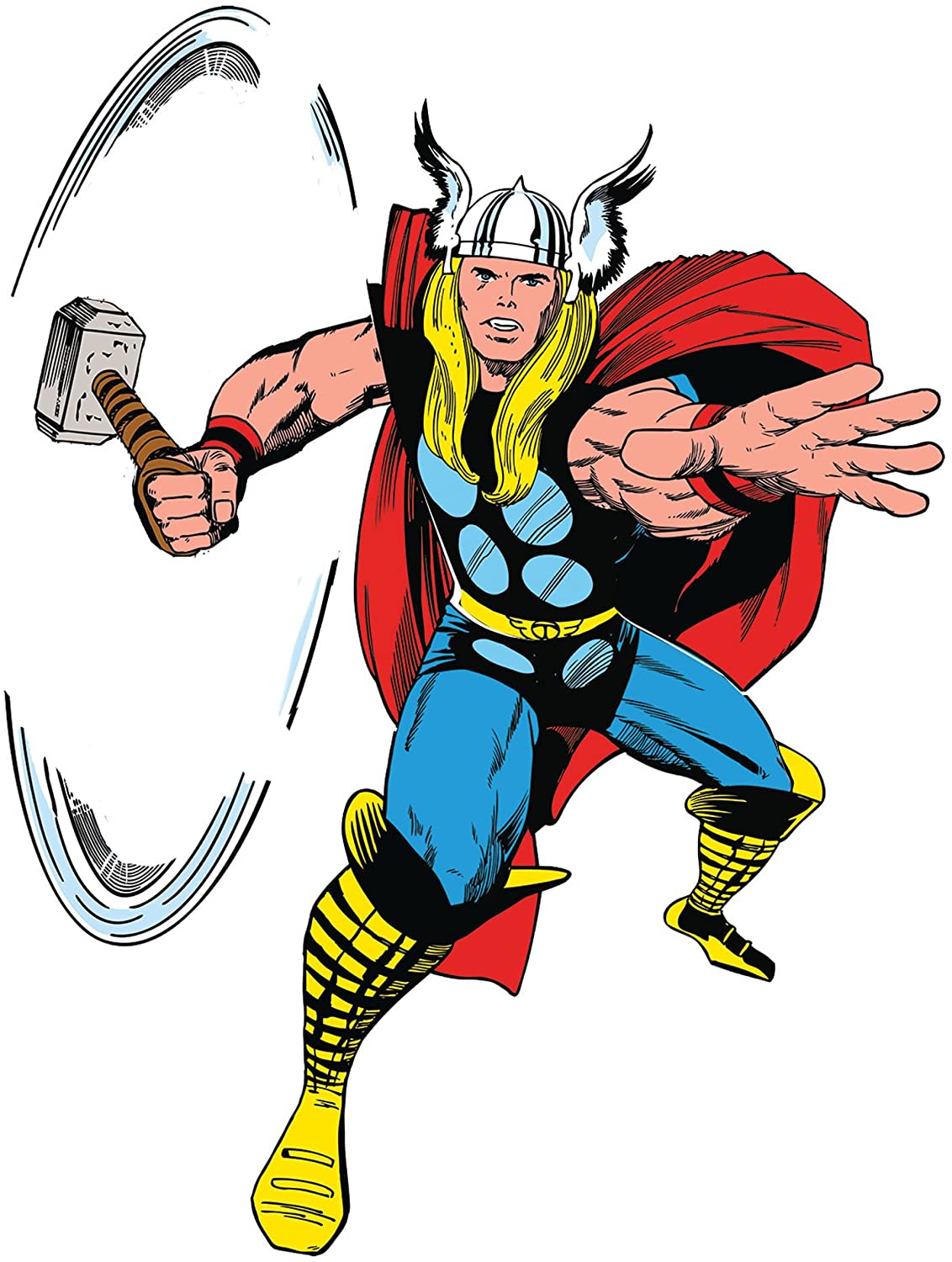 This seemed to all culminate in the advancement of a possible retcon for the origin of the Asgardians, namely that they were not actual godly being, but instead merely super advanced Aliens that had visited earth millennia ago and shaped earth culture (or it shaped them).

This theory seemed to first surface during Warren Ellis’s “World Engine” storyline that ran in Thor’s book in 1996. The alien origin theory was advanced as a possible but not definitive explanation for Thor’s existence. The run lasted only 4 issues and seemed to be mostly swept under the rug shortly after when Thor was rebooted as part of the Heroes Reborn Liefeldverse.

In 1999 this theory was both confirmed and expanded on in the book “Earth-X”, Alex Ross’s Take on the future of the Marvel Universe in the same Vein as DC’s wildly successful Kingdom Come, by Ross and Mark Waid. In it, it is explained that the Asgardians were massively powerful shapeshifting aliens whom were so old they had forgotten their true identities. Happening upon earth they appropriated earths Norse religion, assuming the Forms of the gods of myth and promptly again forgetting who and what they truly were.

While the Earth-X Trilogy of book were not canon it’s clear that they were successful enough that this take on character continues to effect the prevailing view of the character by Marvel.

Important to take note of is how the structure of Marvel comics itself was changing around the turn of the century. Having barely survived the comic crash of the 90’s and a subsequent bankruptcy that left them badly lagging behind DC comics in terms of both market share as well as overall brand value. 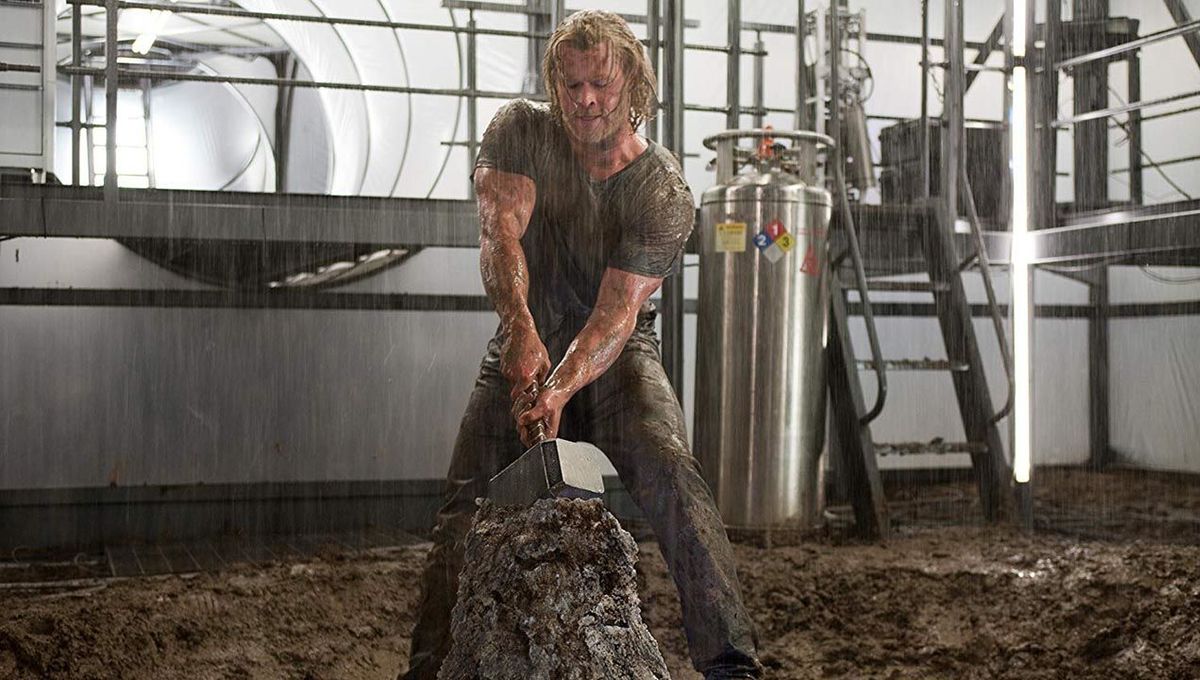 DC having been bought by AOL/Timewarner had seen tremendous success with both Batman and Superman on the silver screen while marvel had licensed off many of there properties with little success commercially until the X-Men franchise at FOX.

This seemed to cause a shift in direction for marvels hiring decisions. Slowly but surely Marvel Comics seemed to be leaning more and more ideologically left in their mindset and it showed in their hiring practices. If this was done with comics in mind or with an eye towards the larger markets of film and television is unknown. Stories became more political and characters started to become more agenda driven then in previous years. And while all of this has been chronicled and debated Endlessly (and continues to this day), a less examined effect has been the view that Marvel has taken toward organized religion since that time.

Whether by nature or design, many on the political left seem to have a healthy distaste for religion in general as well as those who practice it. Its an odd schism that cause many “on the side of science” to look down on people of faith as some sort of ignorant rubes. That however, is the subject of another topic; so for the purposes of this article it’s assumed that those whom many would label as “leftists” or “SJW” will be simply referred to as secularists.

With the lengthy history established as well as the change in leadership, it’s through that lens that we view the last 20 years as having not been kind to the God of Thunder.

A series of events and subtle retcons have more or less accomplished a revision of Thor’s origins through slight of hand. Instead of a separate Dimension Asgard now just resides…..somewhere in space?

In keeping with this the Asgardians have suddenly just been retconned as having already been part of the extraterrestrial community of the MU. Having diplomatic envoys with the Kree, Skrulls etc and an established history of interaction. This flies in the face of continuity where races like the Kree were in disbelief when a space viking showed up and cut their spaceship in half with a hammer.

though still nominally called “gods” in general they are just treated as just another space faring race by the rest of the Cosmic MU. By the same token Thor was always portrayed as being immune to all earthy diseases and ailments, such as radiation, poison and the like. However, in recent years that likewise seems to have been completely ignored as Thor has been effected by Gamma radiation, a Brood egg, & numerous other mortal ailments.

In addition there have been many more subtle Meta textual hints that perhaps the secularists at Marvel are looking to try to whitewash out Thor’s religious elements from the character.

For the sake of brevity, the three that most immediately come to mind across the Different parts of the Marvel brand are

With all this in mind it’s clear that Marvel has made the decision to strip the character of his divinity, even if they continue to pay lip service to his origin as “god of thunder”. The question becomes why? 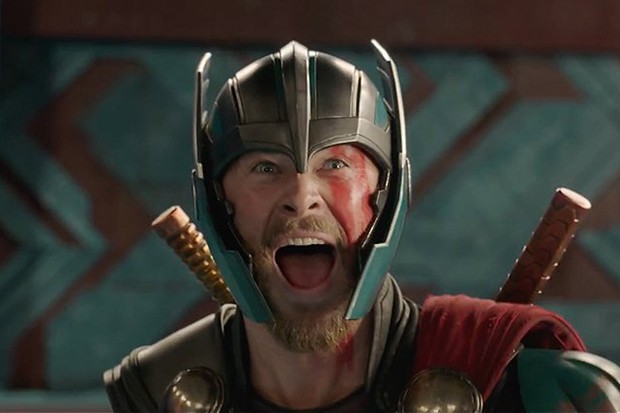 My two cents would be that Marvels brass simply take a dim view of religion in general. Secularists tend to mock anyone with the audacity to worship the “man in the sky”. To most of them Thor Is just another Flying Spaghetti Monster and they frankly, feel silly writing him as historically presented.

Rather then some vast left wing conspiracy, it’s simply more likely that people who hold religion in contempt as a general rule find it more compelling to write Thor as an ancient alien space viking with bad grammar then as a literal god from the heavens come to save mankind.

Lastly, to be fair and in defense of Marvel Comics, they have Always been a little one foot in, one foot out when it comes to contemporary religion. Historically, Marvel has done everything in its power to lean away from Christianity in its titles, while still acknowledging its existence (as opposed to DC who leaned into it HARD). Looking at things from that perspective, Thor and to a lesser existent, Hercules, could be considered the exception that prove the rule.

P.S. I didn’t include any mention of the  Gor the God butcher saga because the entire story is a deconstruction of religious faith and just way to on-the-nose.