The CW Finally Putting Supergirl Fans Out of Their Misery 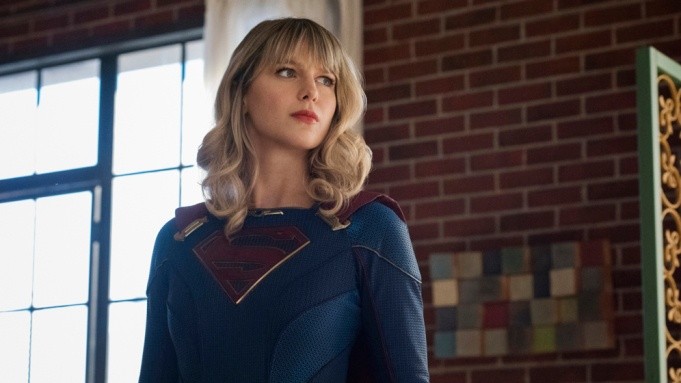 Finally, a comics adaptation that fell victim to heavy handed leftist politics early on is coming to a much needed end, as reported here and by TV Line:

Supergirl‘s tenure as the resident defender of National City is reaching an unexpectedly early conclusion. The upcoming sixth season of The CW’s superhero series will be its last, TVLine has learned.

Only 20 episodes? That’s a little less than most series I was familiar with in the past, which could consist of 22 episodes or so. Guess things really have gotten that expensive, seeing how there’s series pitches today that can be cancelled after just 3 episodes if ratings are rock bottom. And if this series’ conclusion is unexpectedly early, that’s got to be saying something too, for what people thought of it by the end. 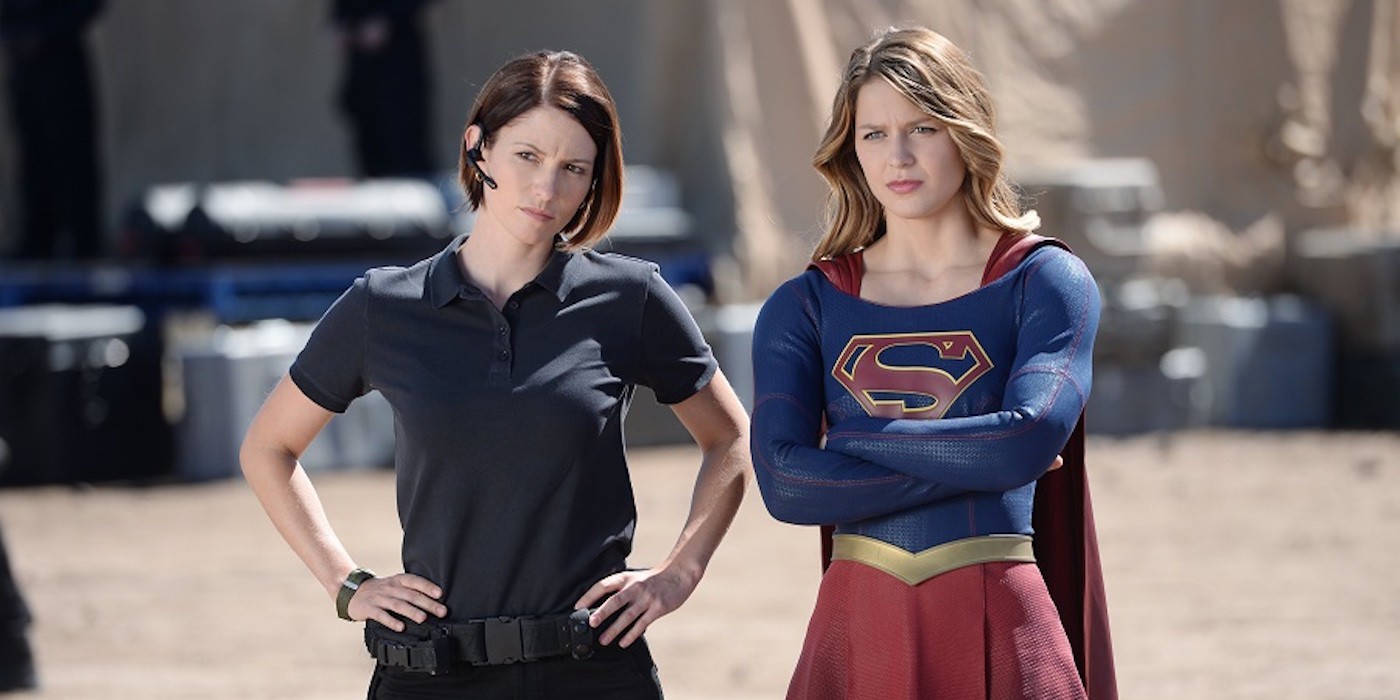 Anyway, seeing how political this became by its 2nd season, that’s why, much as I appreciate Kara Zor-El as a creation in the DCU, I’m not disappointed this TV show is finally arriving at a curtain call. Star Melissa Benoist sure isn’t being transparent about anything:

“To say it has been an honor portraying this iconic character would be a massive understatement,” she shared on Instagram. “Seeing the incredible impact the show has had on young girls around the world has always left me humbled and speechless.

“She’s had that impact on me, too,” Benoist continued. “She’s taught me strength I didn’t know I had, to find hope in the darkest of places, and that we are stronger when we’re united. What she stands for pushes all of us to be better. She has changed my life for the better, and I’m forever grateful.”

Coming from such a boilerplate leftist, that’s gotta be saying something, seeing how obsessed with the dark many leftists are. (No wonder Batman’s influence sent such a ripple effect across today’s entertainment world!) Does she think the transgender propaganda injected at one point left a positive impact too? How does that even send a good message to the young girls Benoist speaks of?

One of the worst problems not just with the Supergirl TV show, but also with at least a few other Arrowverse series produced by Greg Berlanti, is that they served as conduits for pushing LGBT propaganda, and he once gave an interview to the left-wing Huffington Post where he made it no secret he considered this such a big deal, ever since he used Dawson’s Creek as but one avenue to do this:

A pioneer in gay television, Berlanti oversaw many of TV’s biggest gay story lines and characters from the past 15 years when he served as executive producer for shows such as “Dawson’s Creek” and “Brothers and Sisters” and as the creator of WB classics like “Everwood” and “Jack and Bobby.”

Hmm, and wasn’t the latter a TV program Brad Meltzer was involved with? Well that’s certainly telling of what kind of people Berlanti considers good company. 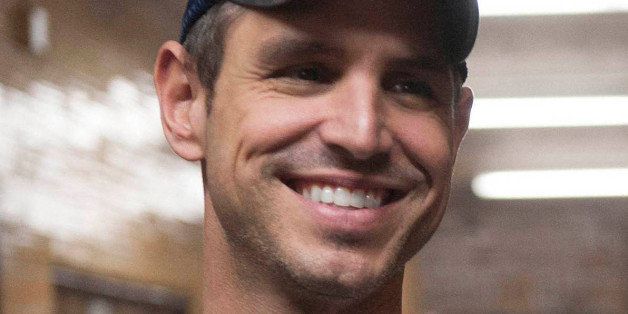 And it gets worse:

Now his latest series “The Tomorrow People,” which premiered last week on The CW, focuses on the lives of a group of teenagers who discover they have special powers and are being hunted down before they become the next phase in human evolution, much like another group of mutants, the X-Men.

Calling from L.A., Berlanti spoke with The Huffington Post about his career in television, the behind-the-scenes struggle to bring realistic gay characters to the screen and how he feels about the representation of gay people on television today.

The Huffington Post: Teenagers coming out as mutants in the “X-Men” universe have always drawn comparisons to young people coming out of the closet. Since “The Tomorrow People” also deals with kids realizing they have special powers and learning to hide their true selves from the world, do you feel the same comparison applies?

Greg Berlanti: Definitely. I get the comparison a lot. I was a fan of this show [“The Tomorrow People”] as a young kid, in its first incarnation. It was made in the ‘70s and replayed in the ‘80s on Nickelodeon. The show was about kids who felt different and yet they were the next phase of evolution so it wasn’t a bad thing to be different — it was actually pretty cool, and I liked that message — it resonated with me at the time. I’m not sure if I was totally aware at the time that I was gay but I sensed somewhere that I was different, so the message of the show appealed to me.

When you got into television, were you intent on telling all of these coming out stories? Was [the character] Jack McPhee going to be gay before you began working on “Dawson’s creek?”

No, It was Kevin Williamson’s idea to bring Jack’s character out of the closet. He had created the character with that in mind and so I was present the second year in the series and I obviously had to tell the actor, “Hey, we’re thinking of making your character gay, how do you feel about that?” Kerr [Smith] was wonderful about it — totally cool about it — and at the time it was a rarity, it wasn’t very common on television. Then Kevin [Williamson] asked me to participate in writing those episodes with him. It was my first year writing TV. I really honestly was so grateful to have the job and opportunity and I wanted to do my part to make sure it was truthful. It was in subsequent years after Kevin had left the show — in year three — that I decided we wanted to have Jack have a kiss. That also had never occurred among adult characters at the time and we let it play out for romantic reasons and not as a joke or something. At the time the network was asking me to start running the show and one of my only requests was that I was able to do that for the character and they said, “Well, if you get the ratings up, we’ll let you do it.” So we got the ratings up and they let me do it. Once I had the opportunity, I thought, as a lot of gay men and women did at the time, Wow, this is our chance to put some gay characters on TV that are like us and hopefully good entertaining characters and good examples for kids. Let them realize that there were other people like them out there.

When he says it’s for the sake of children, you know something’s wrong.

Telling us all this is a perfect role model, but not heterosexuality, and then proceeding to force it into TV programs and films based on established creations entirely unquestioned, that’s just plain exploitative. On which note, what if ratings either didn’t go up on any of these programs where Berlanti thought it such a big deal, or didn’t go up for long? Point: agendas alone do not a well written program make, nor do they automatically equal realism. 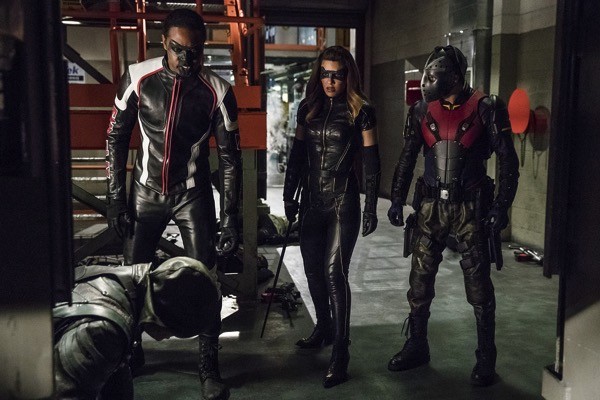 Parents TV noted the series contained quite a bit of references to pornography in a show apparently aimed at kids as much as teens, and there was quite a lack of moral context. And Berlanti, producer that he was on this questionable TV show, went on to hammer his LGBT agenda into DC adaptations as well, and it looks like he had a variation on Marvel’s X-Men in the works when the HP interviewed him a year ago, where they perpetuated the propaganda used to hijack the X-Men for the sake of one monomaniacal cause (notice they don’t point out the metaphors in X-Men could include Jews, for example). It’s a pure disgrace, especially if they teach them to believe it’s acceptable to reject the opposite sex as a soul mate.

Now, it looks like another of these adaptations is coming to an end, along with Arrow itself, which ended at the beginning of the year after 8 seasons. And hopefully all these overblown adaptations will end as well some day, because not only have they been influenced so badly by modern propaganda, they’re part of the reason why the comics were affected too, all for the sake of agendas. While liberal propagandists have always existed in every medium, Hollywood’s can easily have the worst influence on anything, and Berlanti’s one of them. I know there’s been some of the same LGBT influence seen in the Flash TV series, and now that the Supergirl show is ending, one can wonder if they’ll dial it up a notch or three in the Flash show as well?
Either way, when somebody like Berlanti is involved, it’s decidedly not a good idea to tune in.
Originally published here.