The Coming Death of the Direct Market

While listening to the recent podcast episode of The Rorschach Test, I was intrigued by the wisdom of guest,  Augie De Blieck Jr.  His knowledge on the subject of the state of the comics industry was astounding, and it turns out that he has been writing about comics for over 20 years now. He started his own podcast several years ago, and now runs his own website at PipelineComics.com to write about all of the things that just don’t fit into Tuesday’s Pipeline Commentary and Review column over on ComicBook.com which is mainly discussing Franco-Belgian comics.

We’re in the middle of the retail apocalypse.  Or, perhaps worse, we’re at its beginning.  You all know the list of the big ones. It includes J.C. Penney, Sears, Toys R Us, Macys, Sports Authority, Radio Shack, Borders.

Retail debt is piling up and going unpaid.  Fewer people are going out to stores. Amazon is eating everyone’s lunch on-line, while Walmart squashes the brick-and-mortars. And even Walmart is closing stores.

Change happens.  Nostalgia never wins.  The cold, hard reality of business always wins, and that’s prompted by what the consumers wants.  If not enough of them are spending enough money, the business model fails.

Change the model or give up the business. The entertainment industry is filled with well-known examples of this. These are lessons other industries learned the hard way.

You don’t need me to run them all down, but look at the worlds of books, television, movies, and music.  Not one of those hasn’t had its entire business model upended in the last twenty years. They’ve all changed to provide easy access at any time to a larger catalog of titles at a more reasonable price.

The Inevitable Death of the Direct Market

Comic books started as a magazine business distributed on newsstands until that distribution model failed to support it.  Then, it moved to the Direct Market, a smaller collection of hobby shops where the books had a lower profile but a built-in market willing to keep it going.

Over the course of the last 30 or 40 years, we’ve seen that built-in audience shrink in size drastically. Is the business model for comics about to change again?

In the internet age, everything speeds up.  It’s difficult to keep up with the changes, but if you don’t, you will surely die.

Industries may survive, but often at the cost of large chunks of infrastructure.  You can still buy a movie or an album or a book, but the way you get it today — and the way you WANT to get it today — is vastly different from what it was 10 or 20 years ago.

What makes you think the comic book industry is immune to this?  Why does the Direct Market deserve to live?

It’s inevitable.  It won’t be this year.  It might take another five or ten years. But why do we all pretend otherwise?

The Direct Market as it exists today is doomed.  Just look around.

I would suggest you read the whole thing. It’s prescient. Augie goes on to explain how comic conventions have evolved into pop culture shows, with comics professionals complaining how it’s become much harder to make money at them. And much like the bloat of all the new comic stores in the early 1990s, the same problem is happening with the comic conventions, which is that there aren’t enough comic readers to support them all. Back in the ’90’s, it was speculators buying multiple copies of books as an investment. Had all those speculators actually been comic readers, the industry would very likely be much healthier than it is today.

The fact of the matter is that there simply aren’t as many comic readers as there once were. And every successful business must adapt to meet the needs of the consumer, or it goes out of business. The Direct Market business model doesn’t adequately serve the current market, which is used to ordering more and more things on-line for far lower costs (see Amazon and DCBS) and they end up visiting retail stores much less frequently. And with even fewer comic shops stocking back issues like they once did, comic readers have even less reason to visit those stores, unless they want to play Magic the Gathering. 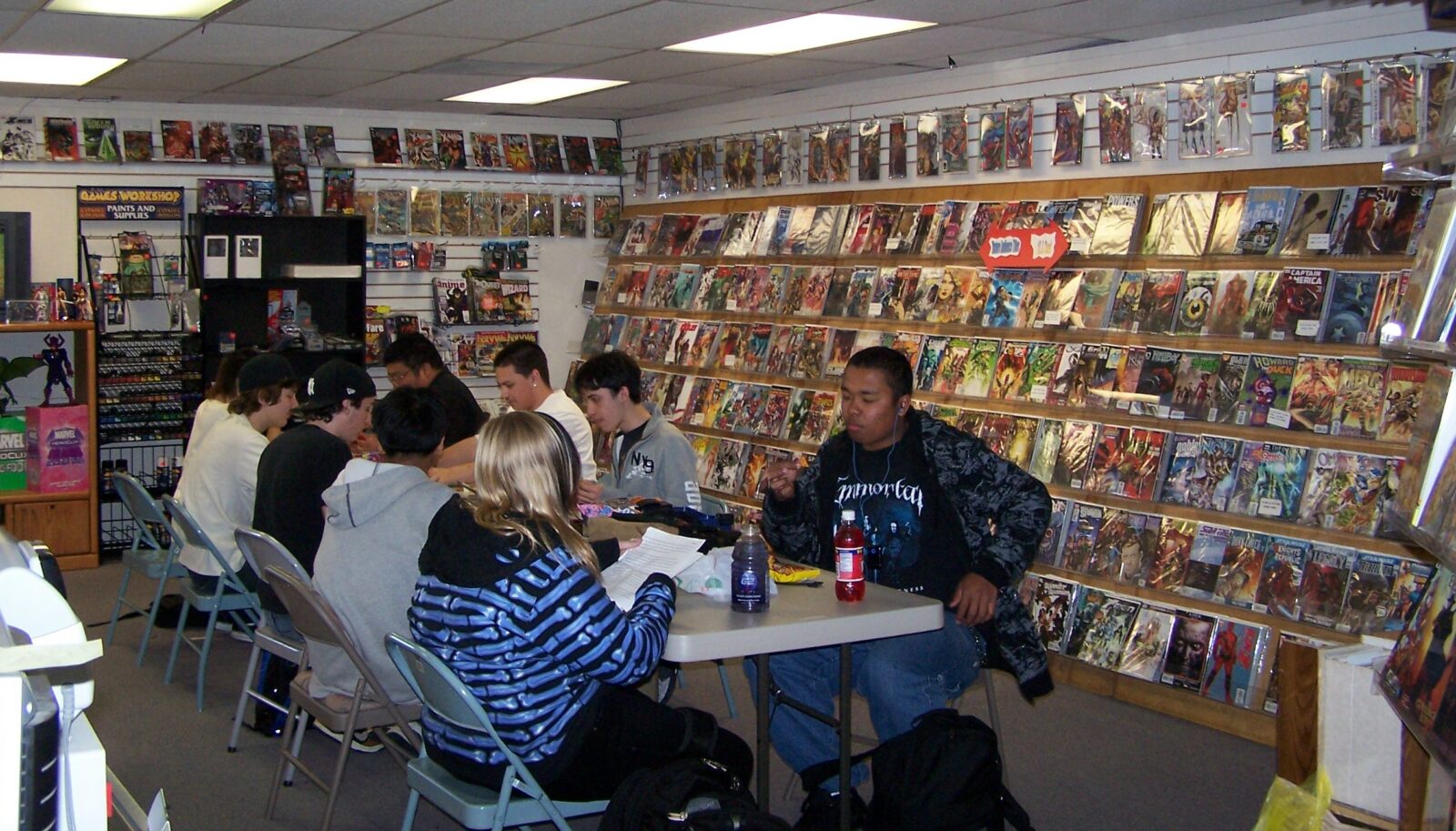 While publishing stunts like new number ones, comic book store exclusive variants, overshipping, and other stunts that DC/Marvel do will continue to temporarily prop up their sales, we’re also seeing one time gargantuan titles like The Walking Dead’s sales coming back down to normal levels. Meanwhile, most Marvel or DC Comics don’t even crack sales of over 35,000. That was once unheard of.

The Direct Market model has inadvertently created a secondary market that consumers don’t want or need. Print will never go away completely, but as more people move to digital, or get out of the hobby altogether, there will be a seismic shift. While printed collected editions will always be viable with better profit margins, better distributions, and availability to order on-line, etc. those readers who are left will finally be satisfied with what the market becomes. 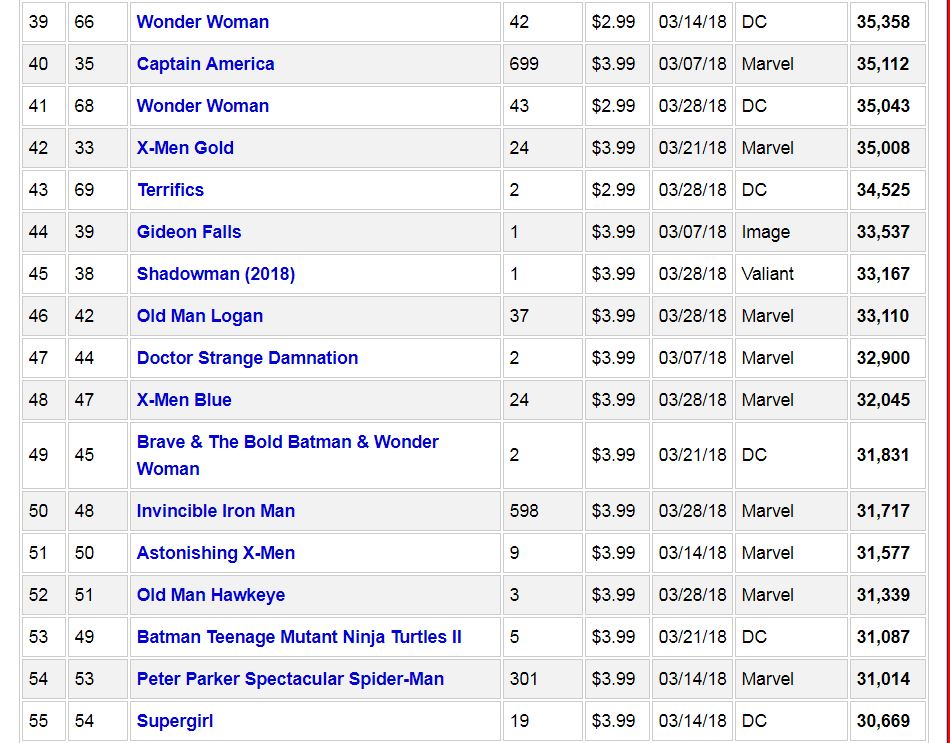 With all you can read services like Marvel Unlimited, it’s become even harder to compare comic periodicals & collected editions to the episodic TV show & DVD/streaming model. And forget pirating and Napster like sharing software, streaming alone has drastically changed the music and television distribution models.  Just like iTunes changed the CD distribution model. CDs were getting up into the $17.99 price point for a mere 10 songs, but once Apple launched iTunes, all single songs were now only .99 cents and the bottom fell out of the CD industry. And services like Hulu and Netflix have put places like Blockbuster out of business for good.

Is the same fate awaiting the comics market? I’ve said before that digital comics were hurting the industry, and even though tablet sales have seemingly plateaued, the ripple effect of this new model has had a seemingly irreparable effect on the print industry. 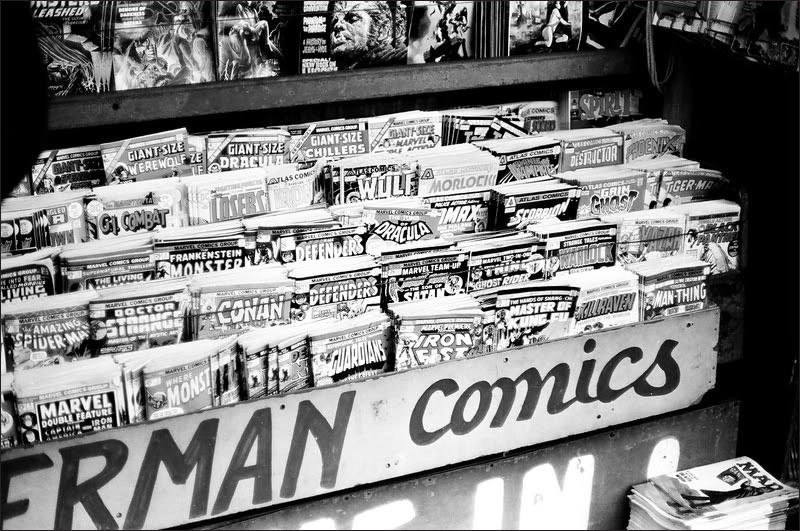 Bottom line is that consumer buying habits are changing. Fewer and fewer people are willing to pay $3.99 for one-sixth of a story. Something has to change, and it will, whether the consumers or the business like it or not.