‘The Batman’ Couldn’t Defeat ‘Anti-White Wokeness’ in the Script The Washington Examiner made some valid points regarding the sad case of negative sentiment towards whites – certainly characters other than Bruce Wayne himself – in Matt Reeves’ new movie, which too many conservatives seem to have forgiven as much as anybody else:

Without revealing too many details of the movie, there is one scene in particular in which wokeness rears its ugly head. Selina Kyle (Catwoman) is talking to the titular Batman about a particular event that occurred in the film. Inexplicably, she brings up skin color into the discussion, commenting, “All anyone cares about in this place are the white, privileged a**holes.”

It was a gratuitous swipe. The skin color of the people Catwoman was demeaning had nothing to do with any aspect of the plot. They were people that she thought were villains who happened to be white. This type of toxic rhetoric has become all too familiar from the woke mob. Under the blanket of racial equality, Hollywood sycophants use their artistic license to stoke the flames of racial division, often in situations where skin color is completely irrelevant.

In addition to racial prejudice, Catwoman also carries the gay banner. In the movie, it is hinted that Selina Kyle had a romantic relationship with one of the female characters. This assertion was later verified by Zoe Kravitz, the actress who portrays Kyle. While Kravitz isn’t the first actress of black descent to play the role of the Feline Fatale (Eartha Kitt and Halle Berry preceded her), she is the first one to take up the role with divisive politics attached. In addition to Catwoman undergoing race-swapping in a way that’s far more deliberate than past casting choices, there’s also, more noticeably, Jeffrey Wright as Commissioner James Gordon. Meanwhile the villains are all white. Why, now that I recall, wasn the 2013 Man of Steel movie’s take on Perry White also black? In fact, if memory serves, director Zack Snyder chose to use the Asian replacement for Ray Palmer, Ryan Choi, in a cameo in his otherwise abortive Justice League movie five years back. Considering how that character’s introduction was set up in the mid-2000s, no wonder I’d consider that alone reason enough to avoid Snyder’s film. All that aside, I’m honestly disappointed in how we seem to have a case of people supposedly troubled by wokeness suddenly deciding the film isn’t so woke, just because the performances, direction and editing are seemingly top notch. Sometimes, even such ostensible qualities can’t serve as an excuse for injecting PC elements, and if the filmmakers believe these tactics are working, the day could come when they’ll chisel away pretty much everything from the original comics and turn it all full-fledged wokeness entirely, never to return. Can we honestly stand for that?

Even in the comics proper, DC’s spent the past several years getting rid of certain 3rd tier characters, and we’re apparently supposed to put up with that. Using allegedly talented writing as a disguise and shield for PC can be dangerous in the long run, and some could argue that was the case when Mary Jane Watson was kicked to the curb in Spider-Man during 2007, recalling I’d once seen somebody at Chuck Dixon’s old message board make a point to that effect. In other words, just because the writing is seemingly good, it doesn’t excuse the worst of PC injections and other insults that came along. And there’ve been far too many occurrences like that in the past 20 years. 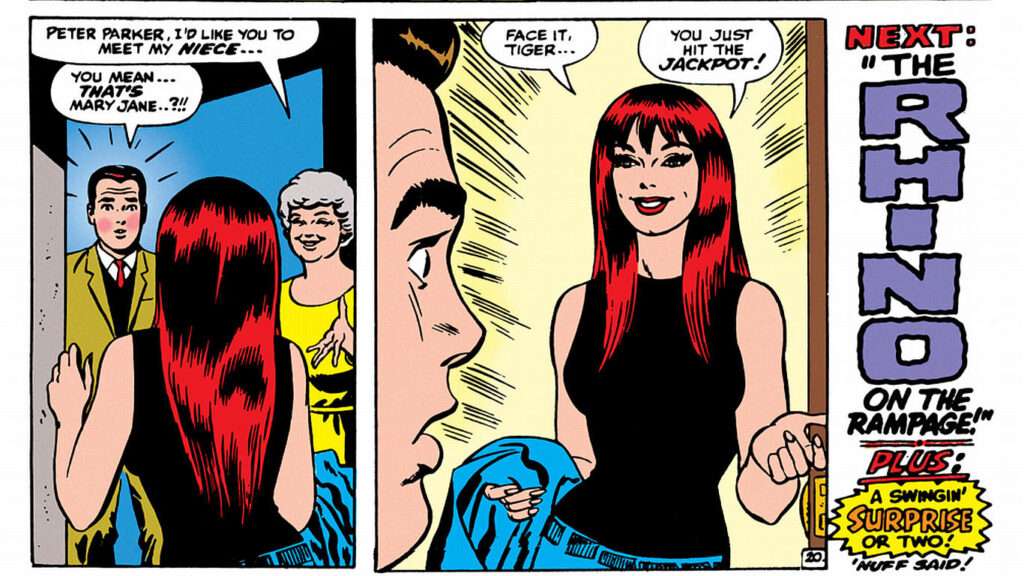 Unlike the Tom Holland Spidey movies where Zendaya, who’s of mixed background, has taken up the “MJ” role, the comics so far haven’t tried to replace Spidey’s lady with a forced diversity checkbox character. One likely reason is that Spidey’s fanbase is much more built up than most third tier characters whose fanbases are less certain, and therefore more vulnerable to race/gender/sexual preference swaps. But that doesn’t mean it couldn’t happen one day, and if the filmmakers think it’s easy, they could go right along and replace Peter Parker with Miles Morales wholesale to check social justice boxes. Same with the comics. When it comes to casting characters of different racial background, it should new roles specially created as their own agency. That’s how to work things out effectively from an artistic perspective. Let’s be clear. The divisive ideologies brought up in The Batman were completely unnecessary, and don’t solve any racial problems still prevalent anywhere. It was always possible to develop certain social commentaries without being controversially one-sided. Failure to make this clear, and take a firm stance on whether you think the film’s a letdown or not in terms of political correctness, will only ensure the crisis of PC continues. That’s exactly why I’d rather not see The Batman, and besides, it’s another example of too much emphasis on gruesome violence in the current era. If that’s why a lot of the audience who’ve made it a box office smash flocked to see it, I feel very let down. Especially if they have no interest in improving the dire state of creations whose viewpoint could be more optimistic, and fell into neglect and decay all these years.

Update: The Federalist has posted a negative review of the movie that tells something more to ponder:

More importantly, this is meant to be the poetic moans of a tortured soul, not a commentary on his crime-fighting modus operandi. What he’s saying is something like, “They think I like to use the darkness, what they don’t understand is that I AM DARKNESS.”

A character that tells the audience something this pretentious is unbearable and completely unrelatable. He may as well look in the camera and say, “I really want you to understand that I’m dark. Like, I’m the darkest thing you’ve seen. My soul looks like space without the stars.”

This Batman is an exercise in masturbatory emoting, not tragic dark brooding. Robert Pattinson has become a great actor since “Twilight,” and it was clear even then he was a good actor. The material was bad (so were as many of his costars), but he played the sparkle emo vamp to the hilt. The issue isn’t Pattinson. It’s the conception of the film and the writing.

Which includes how, at the end, Batman doesn’t really win so much as the Riddler does in his own way. To make Bruce Wayne sound like he himself is darkness incarnate deprives him of humanity, makes him sound like somebody incapable of true love, and all but separating himself from society as a result. That’s hardly the best way to build up a character’s personality. Which is exactly why I can’t understand how the attendants who saw this and claimed it was a classic could overlook these bewildering, awkward details that ill-serve the titular hero in the screenplay and narrative.