The Apeslayer Affair: Killraven as a Hero on the Planet of the Apes

Back in the mid-1970s, the Planet of the Apes movies and TV show were a big deal with kids in the UK with both a weekly television series, as well as a Saturday morning cartoon.

Thanks to the popularity of the ‘Planets Of The Apes’ franchise, Marvel Comics printed a month PoTA comic, as well as an occasionally sublime black-and-white magazine version of the PoTA. Marvel UK soon began reprinting the American tales in their weekly ‘Planet Of The Apes’ comic book, but given that the American title was a monthly, they quickly outstripped the available material for reprinting. 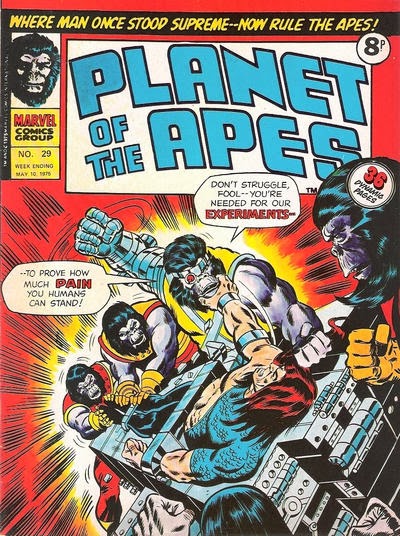 Their solution to the dilemma was ingenious: A couple of years earlier, Marvel had adapted H.G. Wells ‘War Of The Worlds’, featuring a young freedom fighter known as Killraven and his Amazing Adventures of fighting the Martians in an alternate Earth War of the Worlds sequel. Thus, with a few quick edits, the adventures of red-haired Killraven were transformed into a human hero named Apeslayer who fought against the apes in some other era of the POTA. 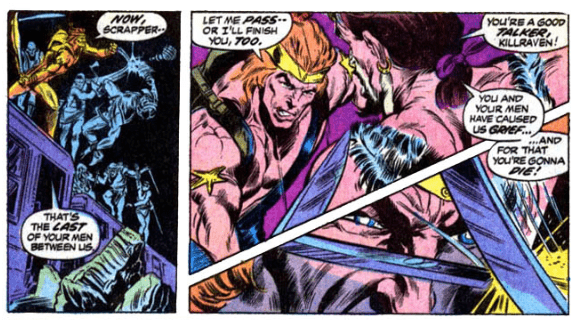 I remember thinking WTF? as, when in short trousers I bought both the US and UK comics… 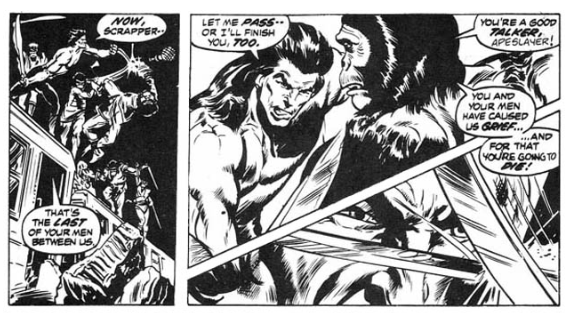 It must have been a time-consuming, and frankly bizarre, exercise.

Take a look at these differences: 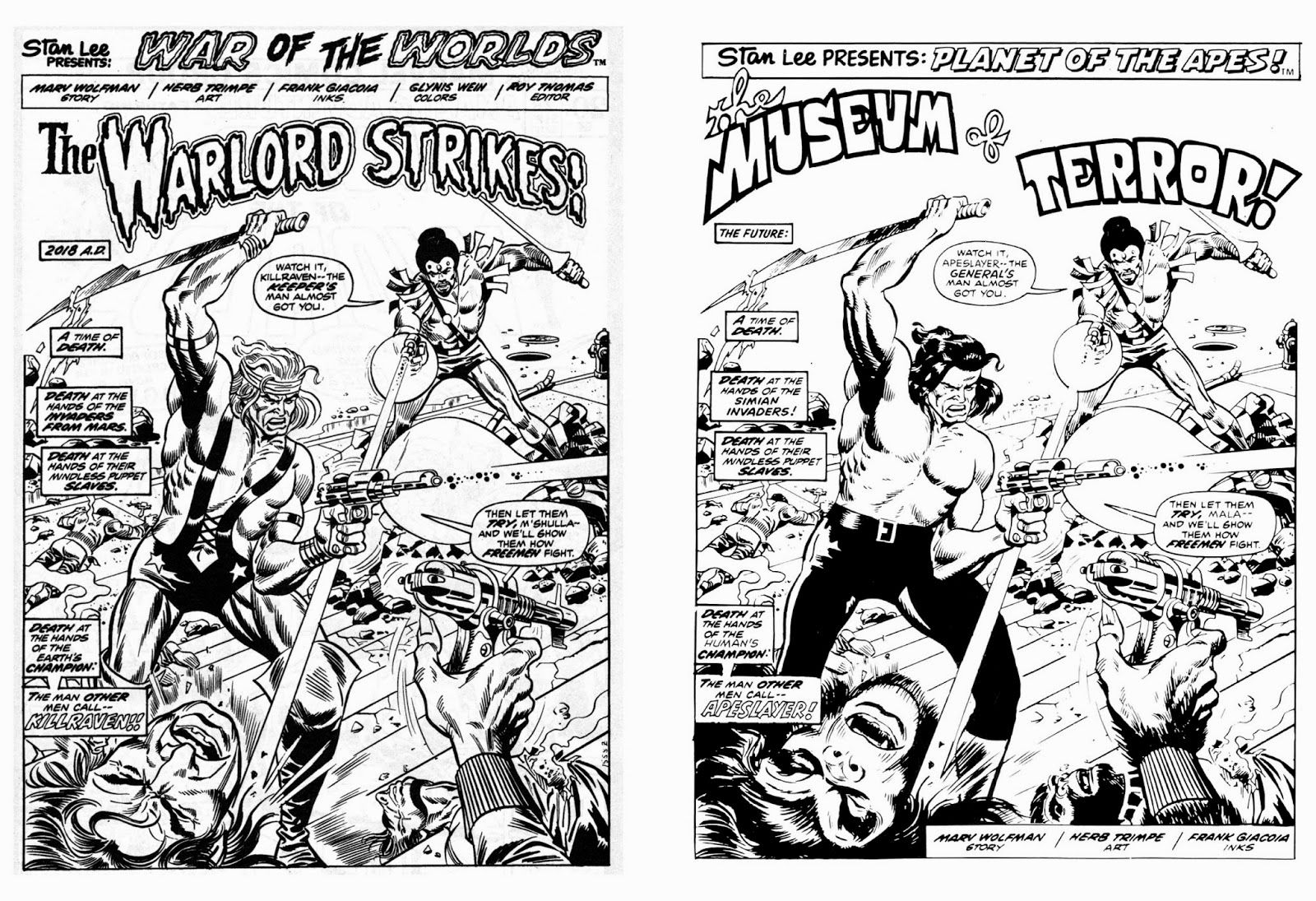 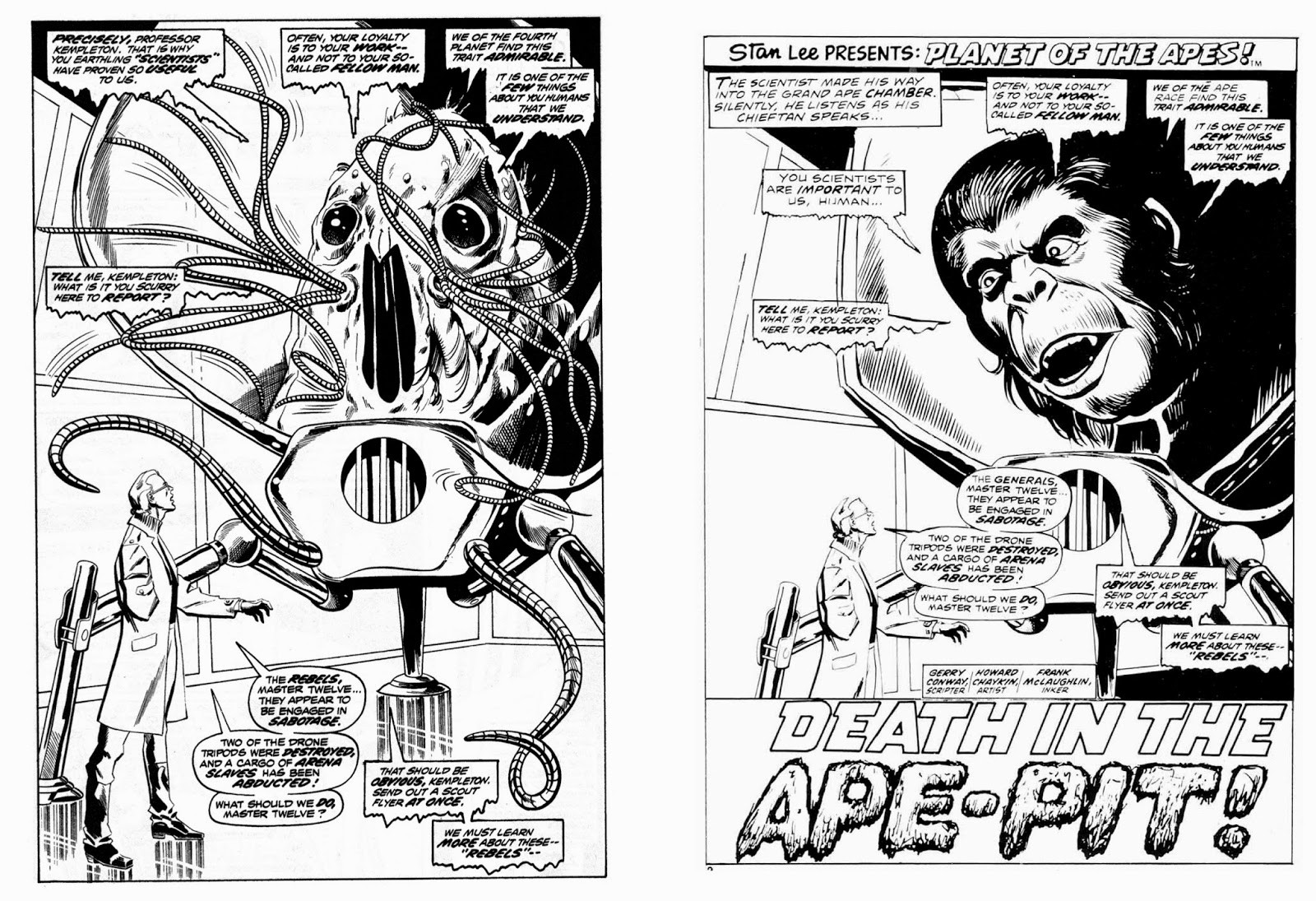 So does anyone else hope Marvel is contemplating a Killraven movie or series (or Apeslayer)? I certainly hope so, but I’m afraid that the recent crappy War of the Worlds TV shows have probably screwed the pooch on that front.