Arnellesq December 12, 2019
Way back in 1973 a teenage would-be artist Michael A. Barreiro entered a competition in issue #3 of the Marvel fan magazine FOOM (Friends of ol’ Marvel) for a villain – the prize:
“The winning entry (to be selected by Ol’ Smilin’ Stan Lee himself) will become a super guest-star featured in one of Marvel’s top hero mags!” 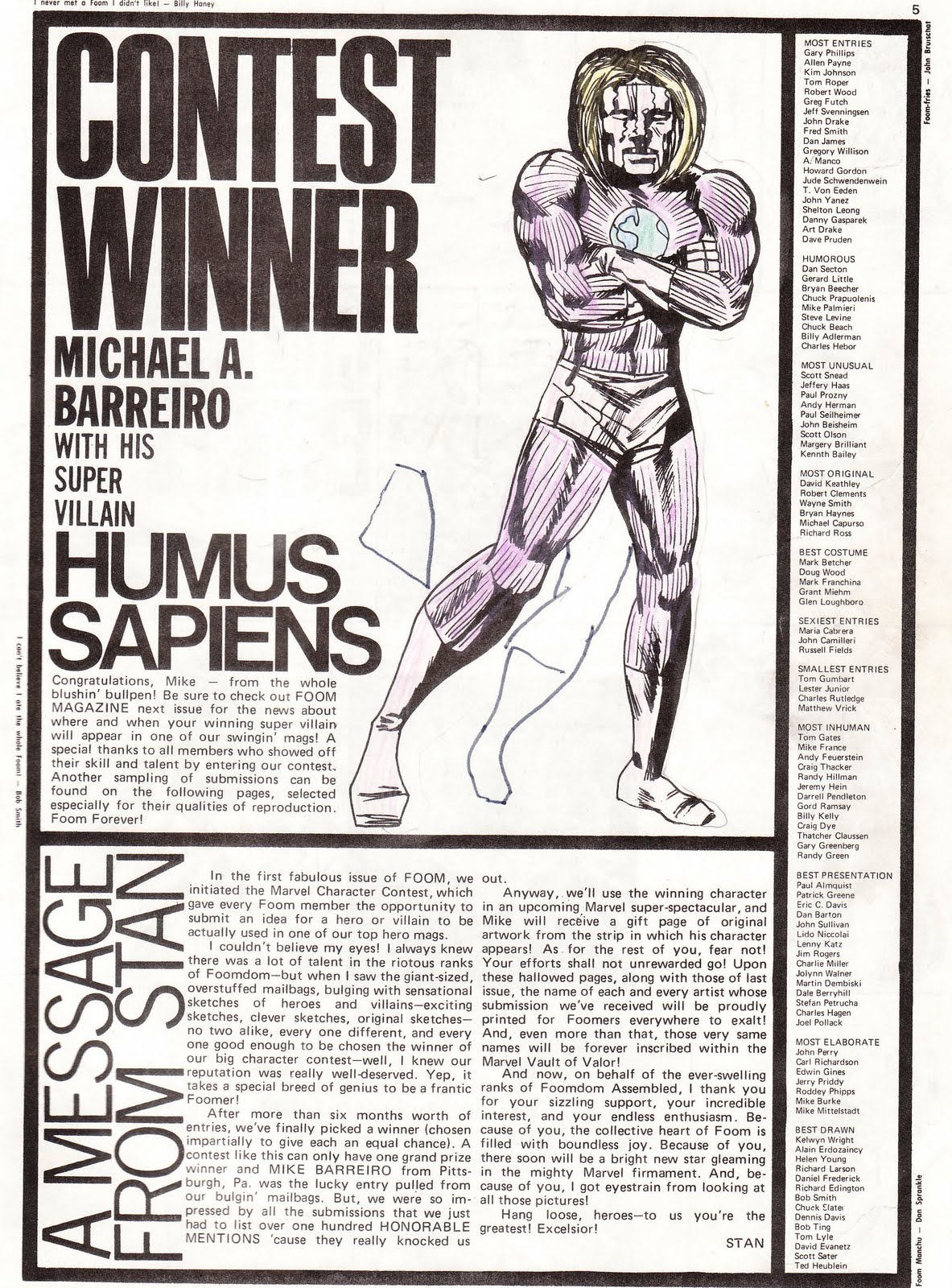 Barreiro’s entry, the Jack Kirby influenced baddie ‘Humus Sapiens’ duly won.
Barreiro inquired when the strip featuring his creation would go out, but sadly to no avail.
6 years later (1979) an article on the competition appeared in The Buyer’s Guide to Comic Fandom, which was ready by and subsequently stuck in the mind of future Marvel Comics editor Tom Brevoort. However, Barreiro had to wait another 22 years before Humus finally appeared – in Thunderbolts #54 (Sep 2001). 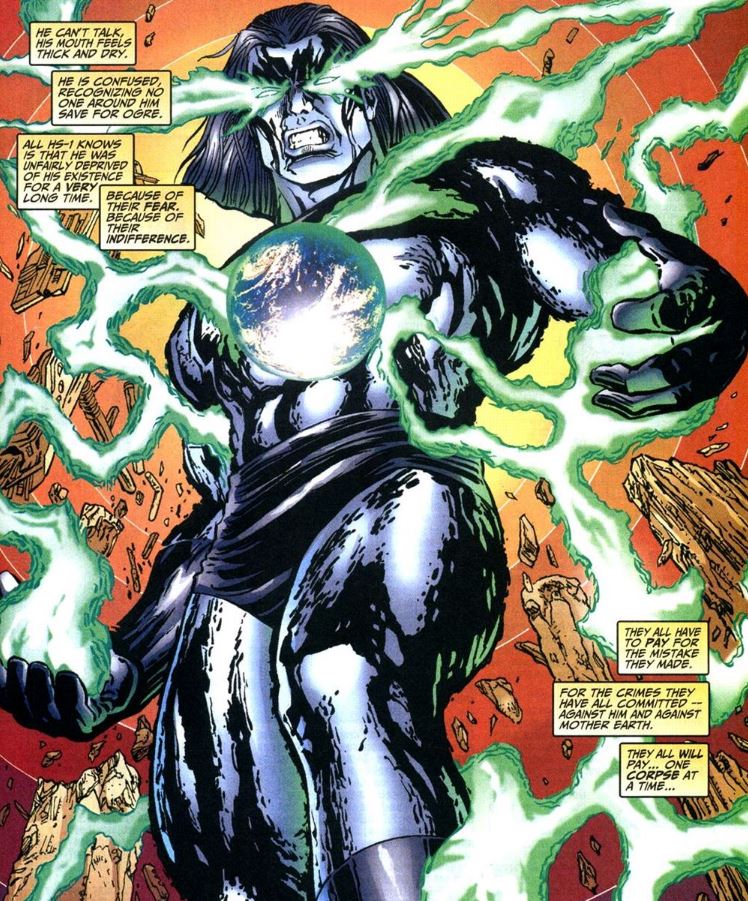 An odd date, as one of Marvel’s few Arabic characters – the heroic Arabian Knight – was killed by Humus Sapien in the next issue (JUN011621 ). Spooky, especially since ‘Hummus’ is of course a tasty snack of the Levant. 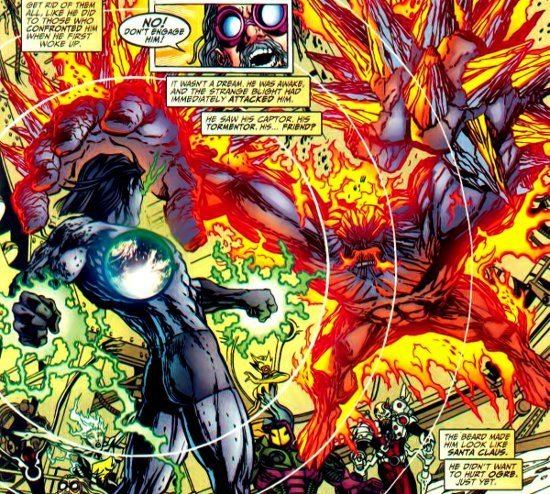 Albeit via a terribly cliched death. Off his Magic Carpet. 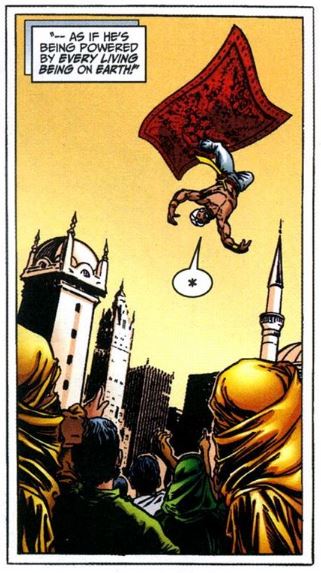 And all this in a comic book that hit the shops just three weeks after the attack on the World Trade Centers in 2001.

To Marvel’s credit, Barreiro was gifted inking duties on a page featuring Humus in the issue- just as well for Marvel that he had some chops in comic art as part of his career working as an inker at DC, Marvel and Dark Horse
I wondered whatever happened to Humus, as to my recollection he hasn’t appeared in a Marvel comic since (I could be wrong of course).