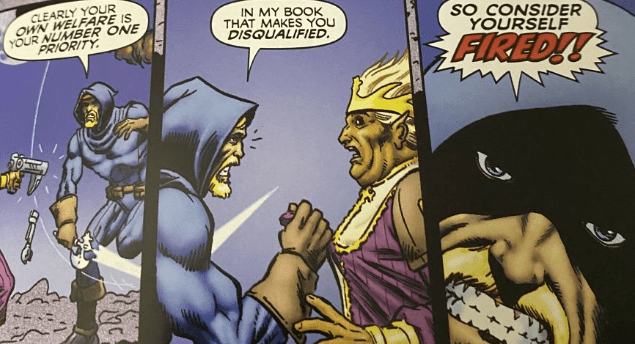 Bad news for anybody who thought Starlin’s re-exploration of his mid-80s indie comic could be a breath of fresh air. As relayed by Cosmic Book News: 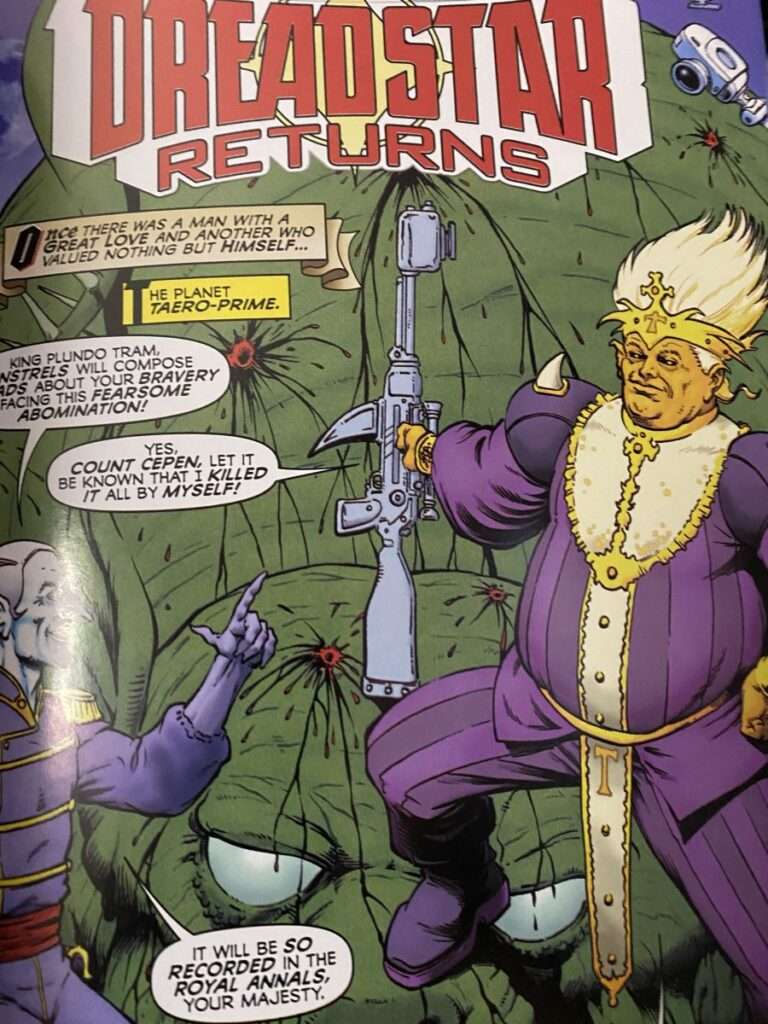 Starlin recently kickstarted Dreadstar Returns, an original comic book and character he first created in 1982 as part of Epic Comics, an imprint of Marvel Comics, which managed to bring in over $135k, published by Ominous Press out of the Buffalo, NY area, a small publishing company that has Sean HusVar listed as CEO, Bart Sears as CCO, Ron Marz as EIC, Andy Smith as Art Director, Jay Penn as Creative Assistant, and Keith Champagne as Project Manager.

I received my copy this week, and low and behold, the story opens with Dreadstar killing and decapitating “King Plundo Tram,” which of course is an amalgam for Donald Trump, and Mike Pence is there as “Count Cepen.”

And that’s only the beginning. In the following synopsis:

Dreadstar also tells Plundo Tram, “You over-tax your poor. Persecute your minorities. Molest women and children. Fail to properly educate your populace. Imprison or kill your political opponents… Lie pathologically. Continuously suppress your fourth estate. Terrorize your neighboring planets and pretty are pretty much just an asshole in general. So I’m here to replace you with a sane leader and institute a new and fairer governing system. Linked to and supervised by the Willow Consortium.”

This is enough to drive a sane person up the wall. We should also be wary of a publisher where Marz is listed as company editor; he does not spell good news here. Even long after Trump was sadly ousted through fraud, the left continues their unhealthy obsessions with any and all right-wing politicians they despise for the sake of it, poisoning almost every notable fiction creation in the process, if that’s what it takes to get their crazy point across. 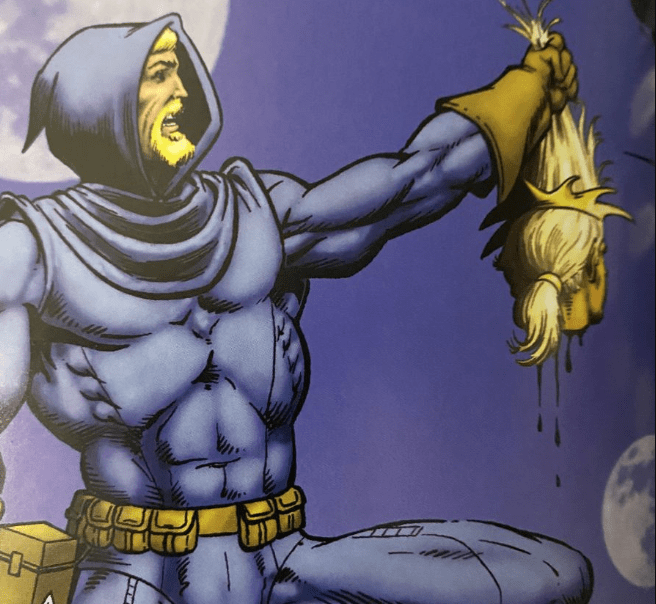 What’s really sad is that, with this move, Starlin’s given cause for concern other artists and writers with political leanings like his will begin using their creator-owned products more as a mouthpiece for their rabid politics than decent escapist fantasy. If I’d contributed to his crowdfunding campaign, I’d want my money back right about now. This new take on the character is more like “Dread-woke”. What an embarrassment.

Anime News Network Enforcing Political Correctness on Trans-Discussions
Creator of Scotland's First Black Superhero May Have Missed Classic Comics
Grant Morrison Pens Bizarre Novel About a Conspiracy of Drag Queens
At the Memphis Comics Expo "Creators Come First!"
Is it Too Late for a Scarlet Witch Solo Marvel Comic Series?
Comics Writer Jim Zub Just Made a Fool of Himself... Again
How Political Comics with "Important Messages" Have Become a Joke