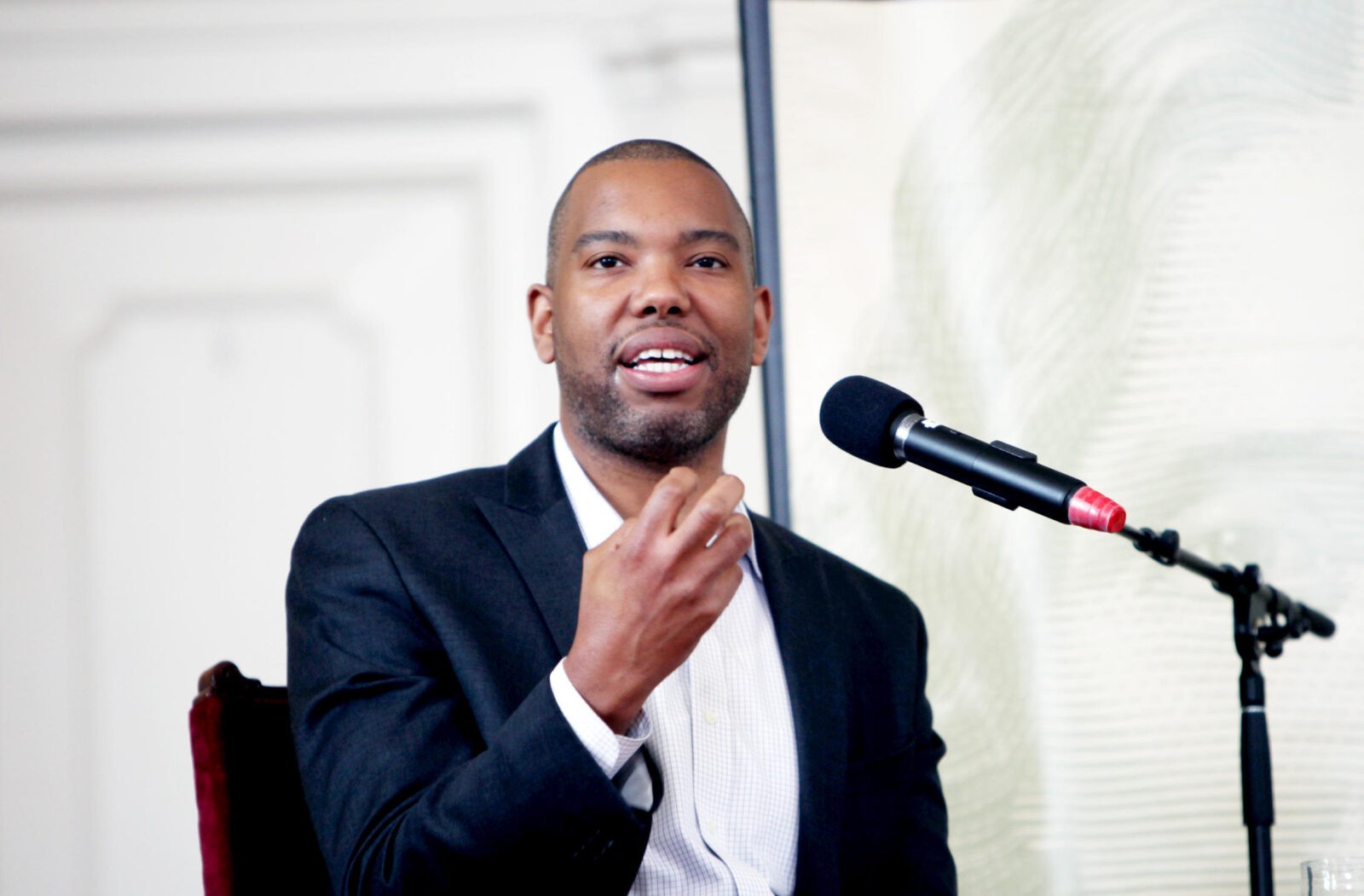 He always has been, and always will be. Coates’ entire career has been based around race-baiting and attributing characteristics to America that don’t exist. If you took Coates at his word, you’d think the entire United States was Jim Crow Alabama. Statistically, this is not the case. An article in the Washington Post breaking down racism by nation shows the United States is one of the most tolerant. Violent crime, especially white on black crime, has dropped significantly. Keep in mind that Coates has never once considered leaving the country, despite being a well-off journalist who could easily afford to leave the States. If America is so dangerous for a black man, how has he remained a published author for so long? How did he receive a “Genius Grant” from the MacArthur Foundation? How was he selected to write one of Marvel’s most iconic heroes, despite never having written fiction before?

Before leaving The Atlantic for undefined reasons, Coates penned article after article, coalescing into a singular mountain of absurdity, as a response to Donald Trump’s election. One article wound up as an entire chapter for his book “We Were Eight Years in Power” that was riddled with presuppositions about the new President being a virulent racist. It possessed about as much coherence as a seven-year old’s attempt to summarize the themes of “Thus Spoke Zarathustra.” Coates also wrote an essay about Kanye West that blatant character assassination. He asserted that Kanye was “trying to be white” and said just about everything short of calling West a “House Negro”.

Coates’ writing comes across like a teenage anti-theist screaming at the clouds because he cannot control the world. Instead of blaming religion for the world’s ills, he blames Donald Trump, despite the fact that Coates remains free to spew as much nonsense as he desires, with no one moving to take that right from him.

This, as some would expect, also bled over to the comic books he writes. Coates’ failed series, “Black Panther and The Crew,” was cancelled only two issues in due to its low sales, and for good reason. The entire story was a poorly-veiled allusion to the death of Freddie Gray, which sparked violent protests and the deadliest month that Baltimore had seen in 40 years. Despite the fact that half of the officers involved in the arrest were black, and all either had charges dropped or were exonerated at trial, Coates still felt the need to make characters like Storm and Misty Knight inexplicably hate white people (despite both having had sexual relationships with white men in the past), and debut never before seen racist, robot police officers.

No, I’m not kidding.

Coates has also demonstrated similar issues with the character of T’Challa, the Black Panther. His “award winning” Black Panther has an opening arc titled “A Nation Under Our Feet” which is one of the most dull Panther comics you’ll ever read, especially compared to the action of Reginald Hudlin’s second run on the book, and the legendary Christopher Priest’s run from 1998 to 2003. In Coates’ book, you’ll find such gems as a comparison of George Washington to Mobutu Sese Seko (kleptocrat and former dictator of the Congo), and the idea that T’Challa has “never wanted to be king, but a superhero.” Never mind that T’Challa was blowing up entire planets in Hickman’s Avengers and struggling with the burden of being a leader ever since the character was first printed.

This leads us to Coates being named the writer for Captain America. This was something Bleeding Fool’s editors expressed concerned about since it was first announced nine months ago. The run up until recently has been best described as banal. It’s been a boring comic. The Free Comic Book Day print prior to issue #1 seemed to have dialog ripped from the Call of Duty parody, Duty Calls. As the series dragged on, it appeared as if Coates was trying to do his best Ed Brubaker impersonation, which is the equivalent of watching a Pantera cover band and seeing the guitarist struggling to play Mouth for War on his ukulele.

At least, that was until the most recent developments of the arc, where it’s revealed that Captain America is giving up the shield because America isn’t America, or something like that (which he did 45 years ago, in Captain America #176). What’s the reasoning this time? Because the country is being manipulated by the Russians. If you’ve watched CNN for five minutes over the last two years, you’ll realize that Coates may as well have stolen the plot from a Don Lemon monologue.

Like everything Coates writes comic-book wise, his Captain America run is a thinly veiled allegory for his interpretation of reality—an interpretation that seems to be influenced by either hallucinogenic drugs or a severe mental illness. What’s worse is that it comes across as a rehash of Nick Spencer’s Secret Empire, but instead of the Nazis being the central enemy, it’s the Russians. Well, except for the re-emergence of Aleksander Lukin, who is either possessed by the Red Skull or believes himself to be, meaning Coates is just running both the authoritarian and ripoff gamuts. It’s a move that accomplishes being simultaneously unoriginal and boring. Most likely Coates will get another Eisner Award for this book, ultimately solidifying the necessity to create a “Biggest Dig at Trump” category.

Sadly, this is where we’re at with Marvel Comics in this day and age. It’s not about delivering the best story, it’s about pushing big events and praying that the formula hasn’t finally run off the whales that remain. With folks like Joe Quesada around denigrating possible buyers on social media, it’s a wonder that anyone would want to put up with the current Marvel Comics. Regardless, the formula remains: if you’re a Marvel writer not running an event, you need to signal exactly how anti-right wing you are. Talent doesn’t matter, all that matters these days is “owning the cons.” Who better to do that than to hire one of the biggest anti-American writers to take over a character that is draped in the flag and use him as a bully pulpit to regurgitate rhetoric that died with the Cold War. 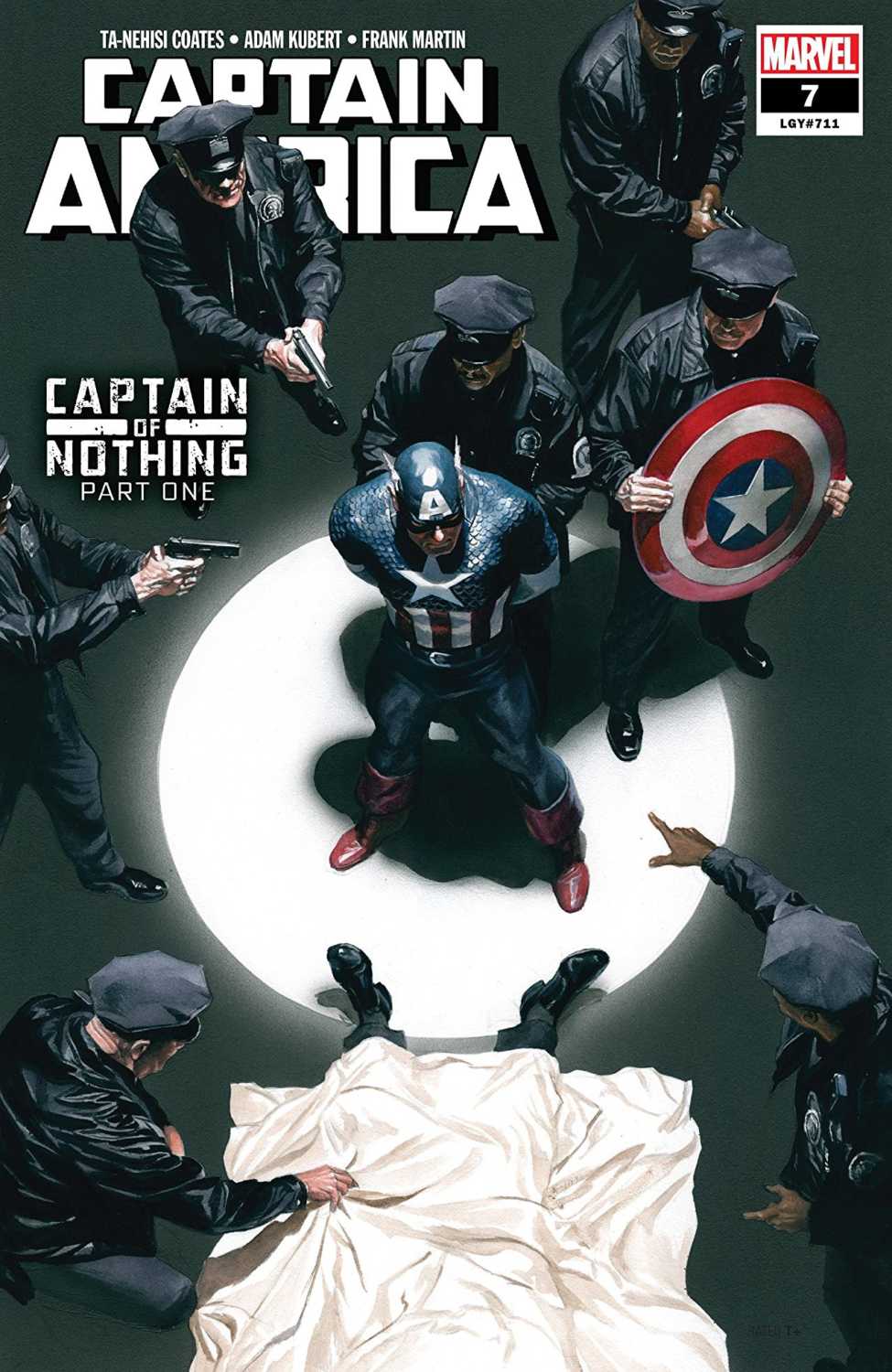 Marvel is using Ta-Nehisi Coates to push a conspiracy theory while raping one of its most iconic characters.

Here are the facts. America is free. You can say what you like. If America was controlled by the Russians, Ta-Nehisi Coates would be dead, as would most of Marvel’s staff. All Coates and Marvel have managed to do is punch Captain America fans in the face and blame them for bleeding. It’s the relationship that Marvel Comics continues to have with the fans of its characters, whether you’re a writer or one of the higher-ups. One would hope that Marvel would learn the lesson that consumers don’t want to be in a relationship with a business that comes across like economic Stockholm Syndrome. And yet, it doesn’t seem like that’s going to change any time soon.