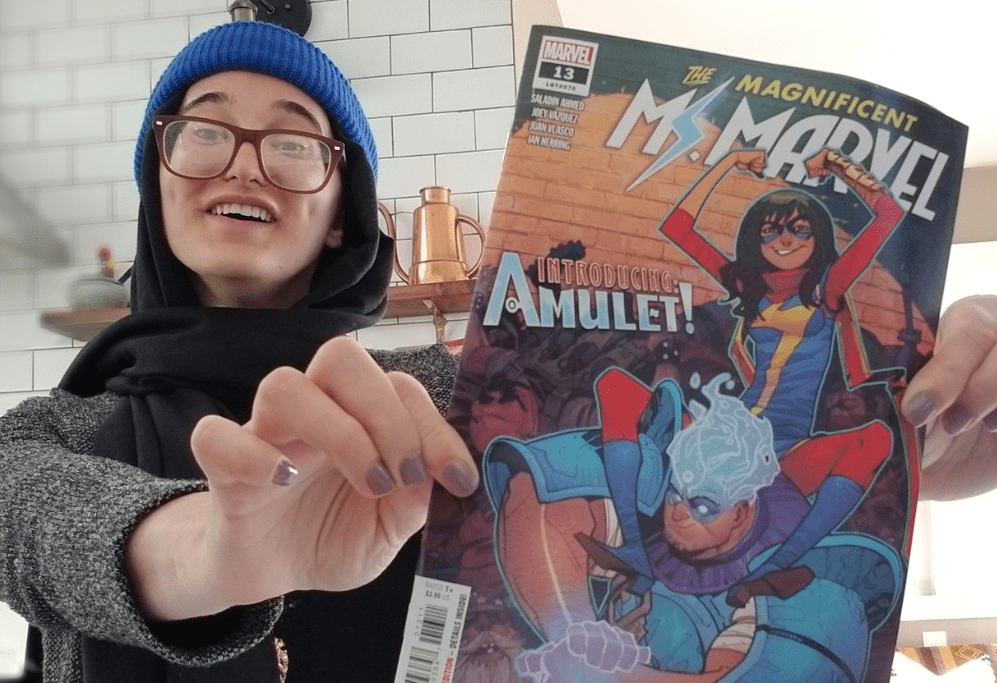 CBR’s slobbering all over the announcement of the new cast member in the Muslim Ms. Marvel, Amulet, whose main emphasis appears to be an overweight stature:

Amulet is being celebrated for his Arab heritage and for being a plus-sized hero. When he was announced, co-creator and artist Sara Alfageeh said she wanted him to be “shaped like a friend.” Diversifying the superhero mold has always been one of the strengths of the Ms. Marvel series, and it continues with the new heroes brought into Kamala’s story. Ms. Marvel is under a lot of stress between her father’s illness — and her corresponding guilt — and the tumultuous status of her relationship with Bruno. It might be the perfect time for a new friend with whom she can relate on several levels.

He’s not being celebrated for an Arabic background, which is acceptable, but rather, for any Islamic adherence he goes by. But wow, what’s this, they’re making such a fuss over his being fat? Without it being presented as having a downside healthwise, I figure. This is another article of recent about Kamala Khan where the word “Islam” doesn’t appear anywhere in the article, suggesting some reviewers no longer have the courage to bring up the really bad component of this creation, or admit that’s what the “diversification” is really built on in this book.

The end of The Magnificent Ms. Marvel #13 teases the upcoming Outlawed event, which will see the government ban superheroes under the age of 21 by enacting Kamala’s Law. This event will eventually bring together Kamala Khan, Miles Morales, and other young heroes as they attempt to stay superheroes in the face of C.R.A.D.L.E. cracking down on their activities. Amulet may be a key member in the battle to come.

There’s something else nobody need attend, not even to see this new character who’s just another example of the propaganda agenda the Muslim Ms. Marvel book is built upon. 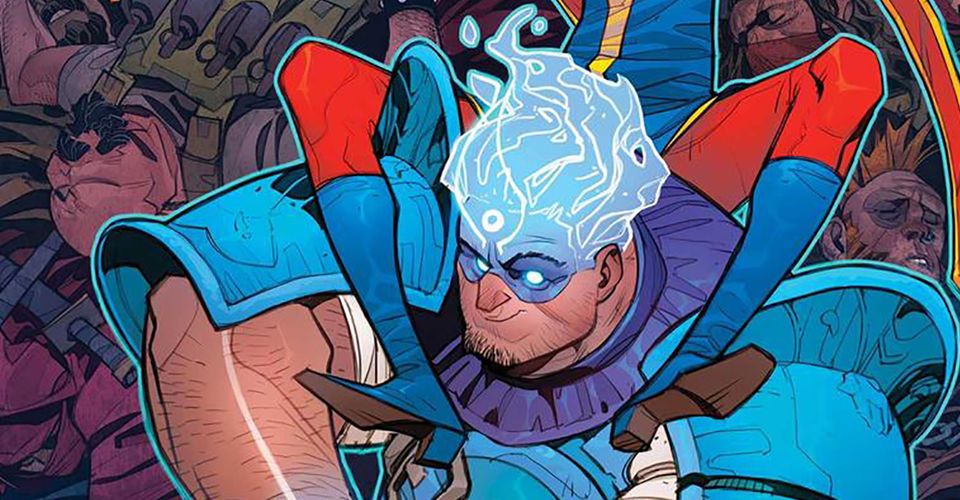 Polygon’s just as bad in their commentary, though unlike CBR, they do acknowledge the propaganda component:

Any way you slice it, Ms. Marvel is far and away Marvel Comics’ most famous Muslim superhero, but there’s not exactly a lot of competition. Fortunately, there’s a new kid on the block: Fadi Fadlalah is Amulet, a brand new superhero who leapt into action in this week’s The Magnificent Ms. Marvel.

Just like Kamala, Fadi lives in the Garden State and has a curfew to worry about. Unlike her, he appears to have magic on his side, which he uses to help dispatch a pack of demons who menaced the Sussex County Fair of New Jersey. Amulet seems really good at the whole superhero thing already, but we’ll see how he fares when young heroes everywhere are “outlawed” in Marvel’s next crossover event, Outlawed.

Aside from the predictable whitewash and glorification of the background, what’s also dismaying here is the lack of objectivity regarding crossover events. Many “professional” commentators ceased voicing even the most minor complaints about crossovers long ago, and now the so-called events go about almost entirely without protest at how they’ve ruined stand-alone creativity and potentially lead to situations where the consumer will end up spending too much money to buy nearly every connecting tale. That’s why these entertainment sites are such a sad joke. 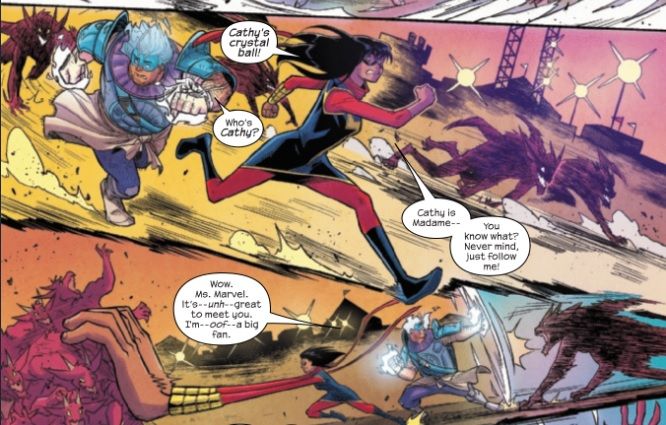