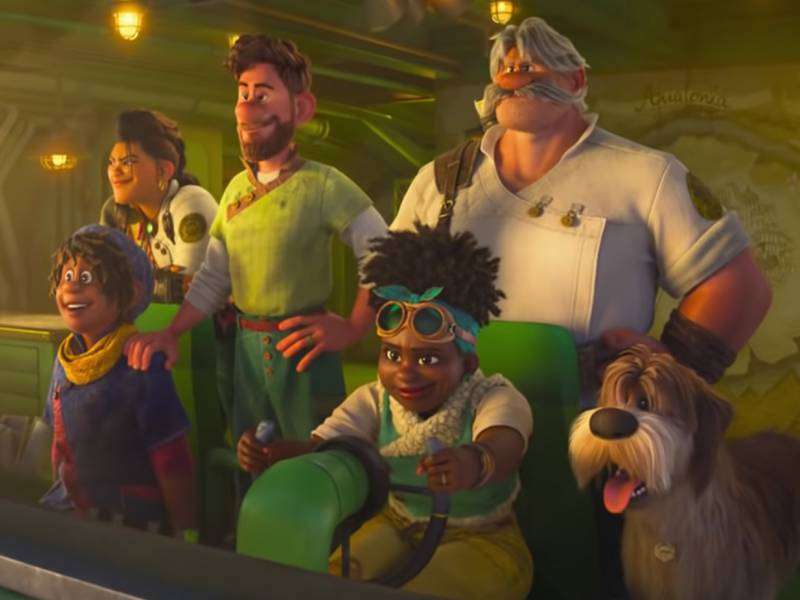 The New York Daily News reports an upcoming Disney cartoon – for kids, again – titled Strange World is putting yet more emphasis on homosexuality, this time with a pair of teen boys in focus:

[…] On Friday, Disney screened three sequences from the film at the 2022 Annecy International Animation Film Festival, one of the world’s most important festivals for the film animation industry that takes place in the city of Annecy, in southeast France.

In one of them, Ethan (Young-White) flirts with a boy named Diazo in front of his friends, who tease him in a friendly way.

His father, Searcher Clade (Gyllenhaal), later joins in and embarrasses him in “an overeager show of acceptance,” as the scene is described by Variety.

Emmy Award-winning producer Matthieu Saghezchi, who also saw the sequence, wrote on Twitter that the scene is “very endearing” and it’s “treated as the most natural thing in the world.”

“The scene describes the son being very shy in front of his boy crush, and his dad comes in and says “so nice to meet you! my son talks about you all the time” and further embarrasses his son,” Saghezchi wrote. “Very cute.”

The refreshing nod to inclusivity comes as “Lightyear,” the much-anticipated “Toy Story” spinoff, was reportedly banned in 14 countries over a brief same-sex kiss.

This news is further embarrassing itself, as is the paper’s favorable standing. Such a groaner. No doubt, you don’t hear of heterosexual romances described as “cute” anymore by contrast. Yet it’s not getting them anywhere in the Muslim world, as the following makes clear:

On Monday, the United Arab Emirates announced that the film would not be shown in the country “due to its violation of the country’s media standards.”

According to Reuters, at least 13 other countries in Asia and the Middle East, including Saudi Arabia, Egypt, Indonesia, Malaysia and Lebanon, have also banned the film.

To be sure, this new movie only exists for the sake of undermining the western world, so it likely makes no difference to Disney that this film won’t be screened in the middle east and north Africa.

This is the second time Disney has tried to sneak innocence-shattering homosexual material into a children’s movie. It blew up in the groomer’s smug face the first time when Lightyear tanked. Yeah, someone at Disney thought it was a good idea to add homosexuality to the Toy Story franchise.

We all know what happens next if Strange World bombs. We bigots and homophobes will be blamed.

For Disney to abuse parents’ trust in this way is nothing short of demonic.

And what about its stockholders?

Disney went full-groomer, and the stock hit the toilet.

Woke Disney appears to have killed the Pirates of the Caribbean franchise.

Yep, lest we forget, they tragically own Marvel, for over a dozen years now. Undeservedly, though I suspect Joe Quesada must’ve had a hand in getting them sold to Disney for the sake of keeping them going as the propaganda machine they became for years. This is a very sad situation, and now, Disney’s fortunes are plummeting, and while I may have visited their Florida theme park in the early 2000s, I have no wish to visit it again with the way things are being handled now.

Their politicization is unbearable.