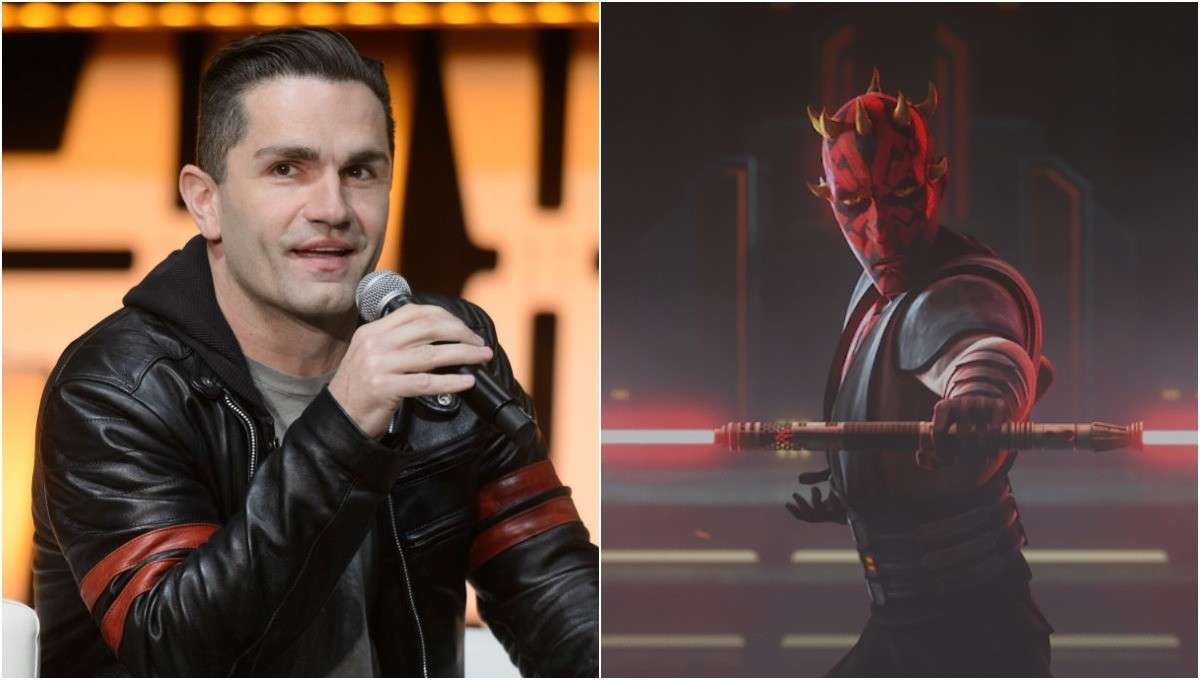 Recently, the techno tyrants at Twitter and Facebook have saw fit to cut off the President’s communication to the American people. So leave it to the small mindedness of Lucasfilm turds such as Sam Witwer to applaud the genuinely fascist measure. 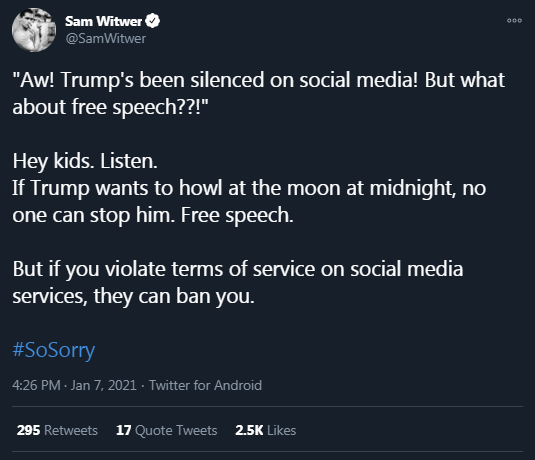 Technically Sam is correct in that free speech under the 1st Amendment doesn’t protect someone’s access to social media. It only protects someone from being thrown into jail for speech.

But what Sam doesn’t understand is that this is a very old game played by tyrants. Where laws, rules, or terms of service, are written in a manner which is intentionally vague. The vagueness of the guidelines allows petty despots to enforce rules based on their feelings of the moment rather than the actual rules. In this way they can punish political enemies while allowing political allies to roam free all under the same set of rules, arbitrarily crafting “reasons” for each instance.

But Sam is far too uneducated to understand that this also places his own ability to speak freely in danger. For one day, he will say something that will make the Collective point their fingers at him to demand that he too be silenced.

But imagine for a moment, Ma Bell cutting off JFK’s telephone access because the CEO of the company disagreed with his politics. Or perhaps the old networks, ABC, NBC, CBS, refusing to air President Reagan’s addresses to the American People. For some reason, people tolerate this draconian editorial power from Silicon Valley’s techno-tyrants. But for how long?

If only SJWs understood what genuine fascism actually is. Maybe on that day when they inevitably point their fingers at Sam, he’ll finally understand.

After close review of recent Tweets from the @realDonaldTrump account and the context around them we have permanently suspended the account due to the risk of further incitement of violence.https://t.co/CBpE1I6j8Y

Twitter’s explanation for suspending Trump’s account cites a tweet in which he announces he’s not attending the inauguration. They say that may encourage violence. Do they know that Biden said today that he agrees with Trump’s decision not to attend, and called it a “good thing”? pic.twitter.com/gUhLFX0oq9

Its a cultural coup

Silencing people, not to mention the President of the US, is what happens in China not our country. #Unbelievable

*not to mention these tech tyrants are subsidized by the U.S. government