Readers of this blog may recall Star Wars author E.K. Johnston who was harassed by Reylos for daring to reject the Kylo Ren character.  As a result, Ms. Johnston has some virtue signaling ground to make up with the Collective, and the Mandalorian presents the perfect opportunity.  Ms. Johnston screeched on Twitter: 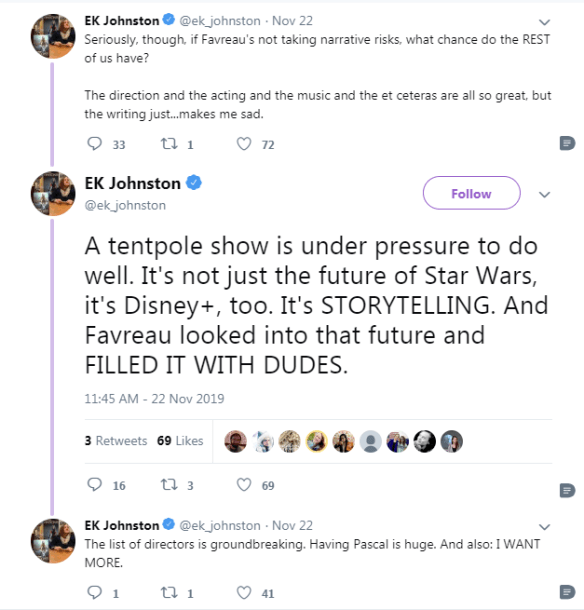 Huh.  Who would have thought that a franchise with the word “wars” prominently displayed in its title would be filled with “dudes?”  Maybe because its “dudes” who predominately fight wars?

Thanks to True Tanker for the tip.