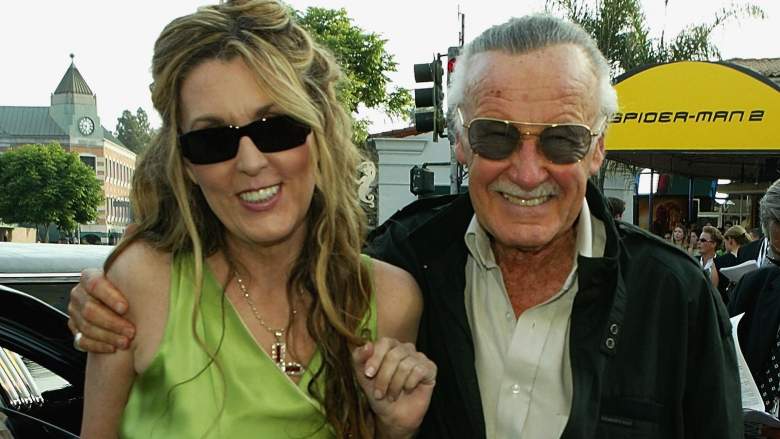 Joan Celia Lee, the daughter of the late Marvel megastar, took Sony’s side in a copyright dispute between them and Disney, and told TMZ that the way Disney and Marvel alike treated her late father and his creations is despicable:

As for how the Lees feel about it, JC tells us … “Marvel and Disney seeking total control of my father’s creations must be checked and balanced by others who, while still seeking to profit, have genuine respect for Stan Lee and his legacy.” AKA … cameos don’t cut it.

She goes on … “Whether it’s Sony or someone else’s, the continued evolution of Stan’s characters and his legacy deserves multiple points of view.”

“When my father died, no one from Marvel or Disney reached out to me. From day one, they have commoditized my father’s work and never shown him or his legacy any respect or decency.”

JC’s parting words … “In the end, no one could have treated my father worse than Marvel and Disney’s executives.”

I just wish she’d name all involved, because there’s a pretty long list as it is. The Quesadas, Jemases, Buckleys, Feiges, Brevoorts, and that’s just a handful. I vaguely remember one interview Quesada gave early in his EIC run, where he said “well, Stan was wrong” about Spidey and Mary Jane getting married. And that’s but one way he signaled his contempt early on for all the hard work Stan did to create the various superheroes and civilian co-stars in the MCU. The Disney-based executives did no better.

Now, belatedly, they reversed the editorial mandate banning Mary Jane from being tied with Peter Parker for 10-plus years, at a time when much of Marvel fandom was driven away, and is still discouraged from returning by all these loathsome phonies who took advantage of an old man and never said thank you for the toys he gave them to play with. Mary Jane Watson was easily based on Joan Lee’s career as a model, and by throwing it all out with bath water, Quesada was basically saying that Stan could marry a model, but he wasn’t allowed to channel any inspiration from his personal life into his fictional writings. If that wasn’t a show of disrespect for such a hard-working veteran, I don’t know what was.

CNBC explains what the movie deal with Sony was supposed be:

Disney, which owns Marvel, and Sony had penned a deal in 2015 that would bring Spider-Man into the Marvel Cinematic Universe. In the initial deal between the two companies, Sony would allow Marvel’s creative team to integrate Spider-Man into its cinematic universe and would put up 100% of the production costs.

In exchange, Disney received 5% of “first-dollar gross,” or 5% of the ticket sales from the first day of the release, and retained the merchandising rights for the character. Sony would reap the rest of the box-office haul.

Disney reportedly proposed a 50/50 co-financing deal, meaning each company would put up half of the production costs and then split the profits, according to entertainment news website Deadline. Sony reportedly refused.

If talks do not resume, it is likely that Spider-Man will no longer be part of the Marvel Cinematic Universe, and that could be bad for both Sony and Marvel.

While I’m not fond of Sony’s conduct any more than Disney/Marvel’s, also because of their disastrous censorship-advocating policies with the Playstation that affect sexual content but not violence, I have to say that, if the film deal collapses, it’ll decidedly only be bad for Marvel, and they’ll deserve it, because of the ill treatment they gave a legend. In fact, some press sources did the same with CJ herself, undoubtably to undermine her attempts to defend her late father’s well being and reputation, including from that thug Keya Morgan, who was arrested by authorities for elderly abuse and embezzlement.

And with the way things went with the Captain Marvel film, why should we assume Feige’s management of the characters Sony keeps the rights for would be any better than theirs? The most recent adaptations made by Sony like the Phoenix Saga were not well received. If Feige’s injecting a social justice agenda – most likely because, with Stan out of the picture, they see it easier – then things are bound to get artistically worse, and so too would box office receipts.

So I’m congratulating CJ Lee for telling what everyone should know about the greedy guzzlers who’ve never shown an iota of gratitude for her father’s hard work, and over the years hijacked it under the confidence that, because he had the flaw of never criticizing them under any circumstances, they could get away with it. IMO, veterans can’t be quiet about misuse of famous properties anymore, or else the maltreatment will continue unabated. As for the movies, they aren’t worth anything compared to the comics, and this falling out between Sony and Disney is no big deal, because either way, it won’t improve the dire state of the source material.