Spotting Red Flags Regarding ‘All the Marvels’ History Book

The Orange County Register reviewed Douglas Wolk’s new book about his experiences reading Marvel material dating from the Silver Age until 2017, and it tells quite a bit more about the content of the would-be history book, starting with:

This is what Douglas Wolk can tell you after reading every single issue of Marvel Comics published from 1961 through 2017, some 27,000 comic books and more than 540,000 pages:

Don’t try this at home.

Not that you shouldn’t read Marvel Comics, Wolk is quick to add. Explore whatever corners of the massive Marvel multiverse tickles your fancy. Follow Spider-Man or the Avengers, Thor or Black Panther, the X-Men – heck, get into Squirrel Girl if a peace-loving bushy-tailed superhero is your kind of thing.

Just don’t feel you have to read them all, as Wolk decided he would do for his new book, “All of the Marvels: A Journey to the Ends of the Biggest Story Ever Told.”

Oh, he’s right about that in a sense: I don’t need to read the vast majority of what came post-2000, that’s for sure. Having read some of J. Michael Straczynski’s take on Spider-Man 2 decades ago, it was nothing to write home about, bearing as it did early signs of leftist ideology, and lest we forget, Sins Past is what really compounded the viewpoint it was worthless. And it makes no difference if Joe Quesada allegedly tinkered with the script proceedings. JMS went along with that for about 7 years, and did little or nothing to oppose tasteless tamperings in an already tasteless run that doesn’t hold up well. Say, and what if that part about “peace loving” implies the post-2010 rendition of Squirrel Girl is anti-war in a far-left sense? 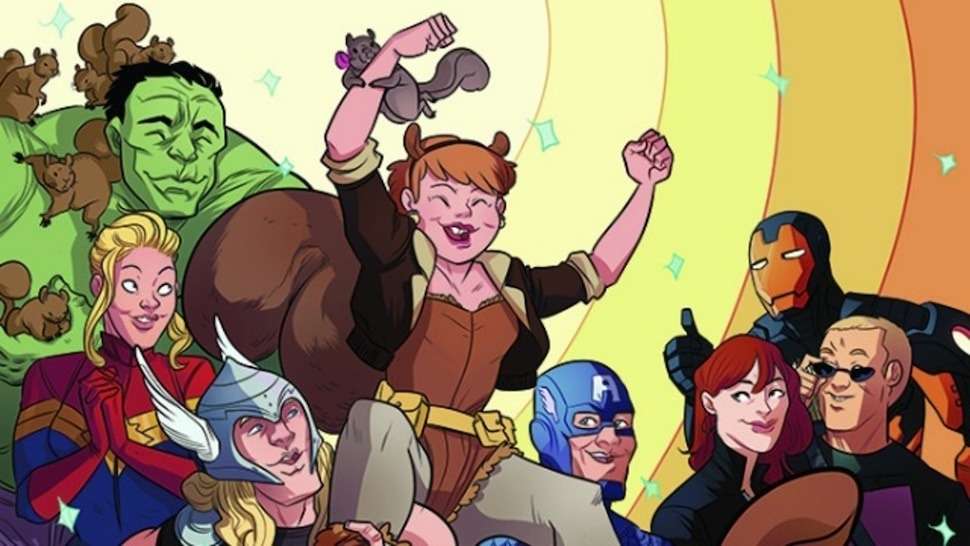 And then, here’s where things become pretty fishy, and dismaying:

The book also looks at how Marvel Comics often reflected the times in which they were created for better or ill. He looks at how different eras included now-cringeworthy stereotypes and the worlds of Marvel Comics were too-long the domain of white men, whether it’s the superheroes on the pages or creators behind the scenes.

A chapter on Marvel’s “Master of Kung Fu” series, which ran from 1973 to 1983, and this year entered the Marvel Cinematic Universe with the movie “Shang Chi and the Legend of the Ten Rings,” illustrates some of this. It is, Wolk writes, a thrilling and well-told tale that is damaged by offensive outdated stereotypes, such as the villainous Fu Manchu or the wildly inappropriate skintones used for the books’ hero and other Asian characters.

Marvel did eventually find a more progressive footing in both its storytelling and the writers and artists working for the company, and the book’s penultimate chapter focuses on two more recent series — “Ms. Marvel,” which stars a Muslim American teenage girl, and “The Unbeatable Squirrel Girl,” whose hero is a young white woman whose friends all are people of color — which point the way to a more beneficial future.

Well, well, well. I guess Lee and Kirby are among the white men Wolk must consider too dominant? If it hadn’t been for them, we wouldn’t have had a lot of those famous classics. I’ve got a bad feeling that, even if arguments about stereotypical characterizations in MOKF are valid, Wolk’s going to tell it all from an otherwise dishonest leftist viewpoint. And he apparently had the gall to approach the parts about Islam and the modern take on Squirrel Girl in a ultra-leftist viewpoint too. I don’t expect him to take any objective view of the politics involved.

The columnist even had to put in:

And no argument whether deKnight’s position is an overreaction? DeKnight seems pretty intent on virtue-signaling, no matter how bad a lot Cebulski is himself.

“All of this stuff is created for pleasure, for fun,” Wolk says of Spider-Man in particular, but all of the Marvels in general. “It’s right there on the surface. You can pick it up. There’s no prerequisite. There’s no background.

Does that include the post-2000 material written by Dan Slott? And the Captain America-as-Hydra Nazi rendition? If it turns out, for example, that Wolk and folk have no objection to Quesada’s removal of the Spider-marriage either, then I’m not sure what the whole point of this book is. Much of what came post-2000 is not fun, and it’s not a pleasure either. It’s just increasingly political embarrassments accompanied by revolting publicity stunts, something DC also did at the time, lest we forget. Wolk probably doesn’t have any complaints about Sins Past either, which has recently, seemingly been undone, yet came over a decade too late. The only kind of history book I’m interested in is one taking an objective view of the artistic merit, coming with distinctions between what’s good, bad or in between. Wolk’s book looks to be yet another failing those challenges.