Even Special Education Comics Are Leaning Hard Into Social Justice 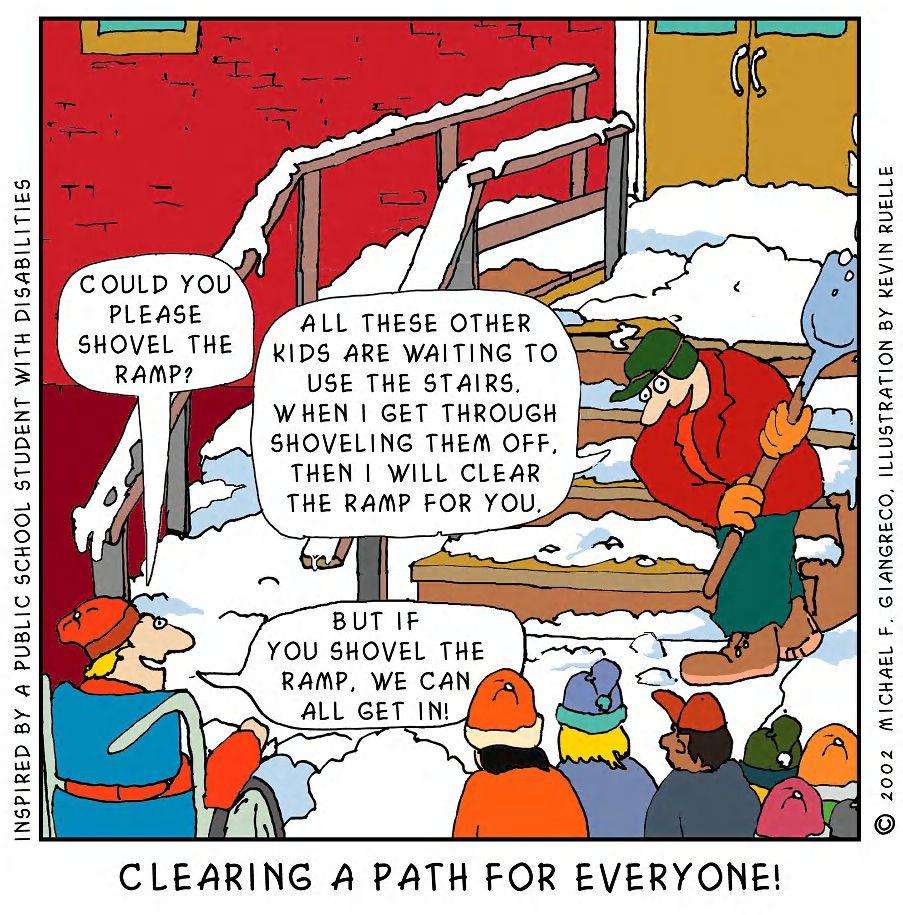 Vermont Public Radio’s got an interview with a UVM professor, Michael Giangreco, who’s developed comics satirizing the challenges of special education. They say:

Mitch Wertlieb: You mentioned writing these cartoons, I guess to begin with, for special educators, people in special education. Eventually, they were collected in these three volumes, and I’m wondering how people have responded to them over time?

In general, the response has been very positive. Families have appreciated them, professionals use them to advocate. I really felt honored a number of years ago, when the Vermont Coalition for Disability Rights used them as part of the Disability Awareness Day in the Vermont Legislature. They’ve been taken to IEP, Individual Education Program meetings by parents to make points, and people are using them at conferences.

Occasionally, they hit a little too close to home for certain people. Sometimes people don’t like looking in the mirror to see some of the things that they see about the absurd, and sometimes damaging things, that systems do to students with disabilities.

That itself sounds pretty impressive. And there’s valid arguments you could make about “systems”. Also:

Why did you feel like this was a good fit, though, to have comics talk about some of the struggles that people in special education have?

It makes some of the messages more palatable. Wagging your finger at people doesn’t work. But lots of times, when you can see something in its full absurdity — and of course, we exaggerate things in cartoons, and purposely make them satirical, for the most part — it allows people to look at it and say, “Oh, yeah, OK, I get it.” And they remember the cartoons. You could give them 300 words, and they’re not going to remember it, necessarily, but they remember that image. 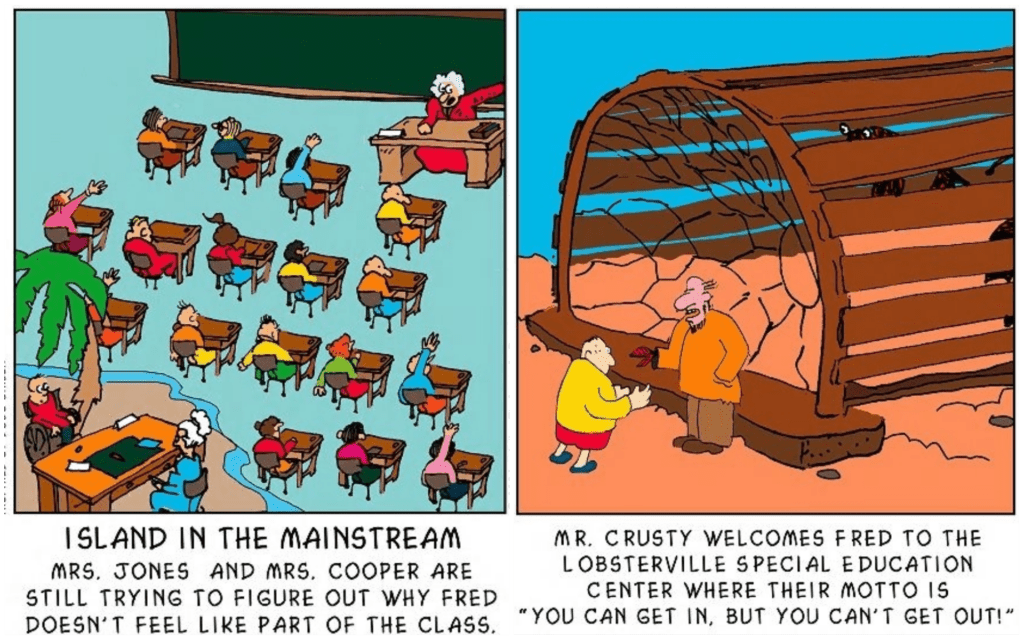 If he means lecturing people doesn’t work, he’s right about that. However, here’s where something fishy comes up undermining that point:

One of the things that’s happening in the disability community is, people [are] trying to encourage others to view disability as a form of human diversity, rather than a deficiency. It’s just part of the human condition. And lots of issues that relate to social justice broadly, you can focus in on related to disability. 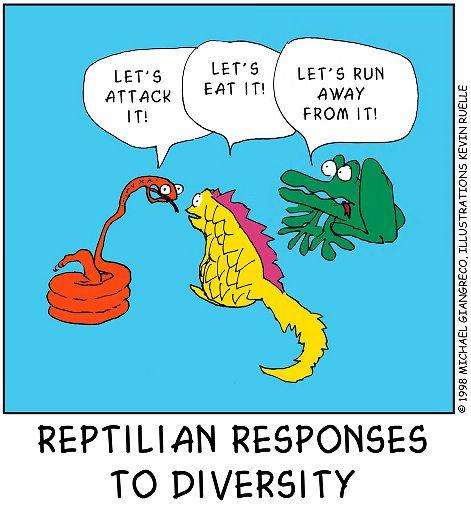 When I read this, I felt disappointed, because I realized the professor appears to be emphasizing what’s become a problem on the left: too much blabbering about “social justice” as though it had never been done before. For them, to make it sound like the USA and elsewhere are full of unadulterated racial problems has become far too commonplace over the past decade or so, ditto problems with sexism, along with an ambiguous notion of what constitutes it. And if the reptiles in the cartoons are meant to represent “conservatives”, and only those, that’ll be another minus.

It’s too bad there’s so many academics of this sort who fall into the trap of making things more about political correctness, overshadowing what impact the concept could really have. I think Special-Ed will have to wait until somebody less driven by PC comes along to producer comics about the topic.