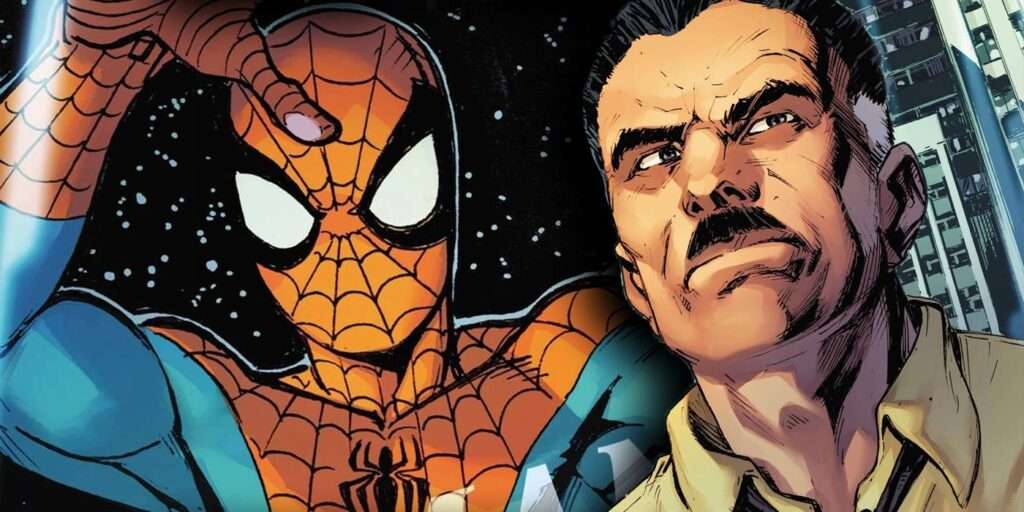 The Valdosta Daily Times wrote a superficial take on that Spider-Man: Life Story miniseries, and says something fishy in the process:

Here, writer Chip Zdarsky and illustrator Mark Bagley explore what it would be like if Peter Parker had aged like the rest of us after becoming Spider-Man 60 years ago.

Many of the major people in Peter’s life are here – Gwen, Mary Jane, Harry, Flash, J. Jonah Jameson – but what happens to them is different than in the traditional comics. And not just that Peter and the gang all age through the decades.

Available now in a collected format, “Life Story” was originally published in six separate issues with each issue representing a decade in the life of Peter Parker/Spider-Man: the 1960s, 1970s, etc. The collection also includes the one-shot “Life Story” annual featuring a story about the aging and embittered J. Jonah Jameson who is paying the price for his schemes to unmask and or kill Spider-Man.

Excuse me? Triple-J may have long tried to capture and unmask Spidey, but he was never depicted wanting to kill him. Just what are they trying to prove here? It sounds like Zdarsky and Bagley, along with Marvel editorial, lack so much faith in their ability to entertain, they could only think of the last, most pathetic resorts many writers in recent times have turned to: lethal force committed or enabled by adversaries and villains. So now it’s not enough for Jameson to try getting Spidey caught and unmasked; now, Jameson, in Zdarsky and Bagley’s vision, has to resort to deadly force, which only makes the whole affair tasteless, and even if it’s seemingly set in an alternate universe setting, that’s no alleviation. 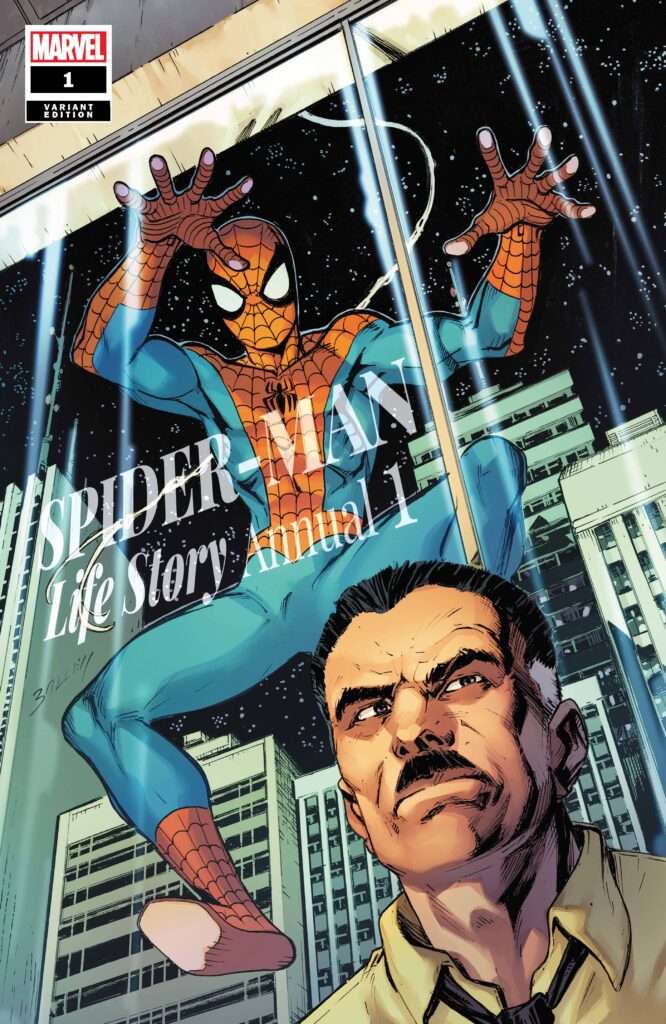 When I looked at this whole thread on Good Reads, some of the reader reviews said there’s even references to Dan Slott’s Superior Spider-Man, which doesn’t make for a good inspiration, and that there’s even propaganda involving Captain America that’s hostile to the US army in the Vietnam era. Because that’s just what we need – excuses made for communists, rather than a coherent story explaining why the war in Vietnam was lost.

So more troubling than what’s told in the newspaper article is what’s not told there. That this is actually just another excuse to inject stealth propaganda for the sake of far-left causes, and not let the past remain as it is. Indeed, there’s probably been way too many “revisionist” looks at history involving classic superheroes, which has become the disastrous go-to model for modern writers, serving as an excuse to not look forward in a way that’s not forcibly political.