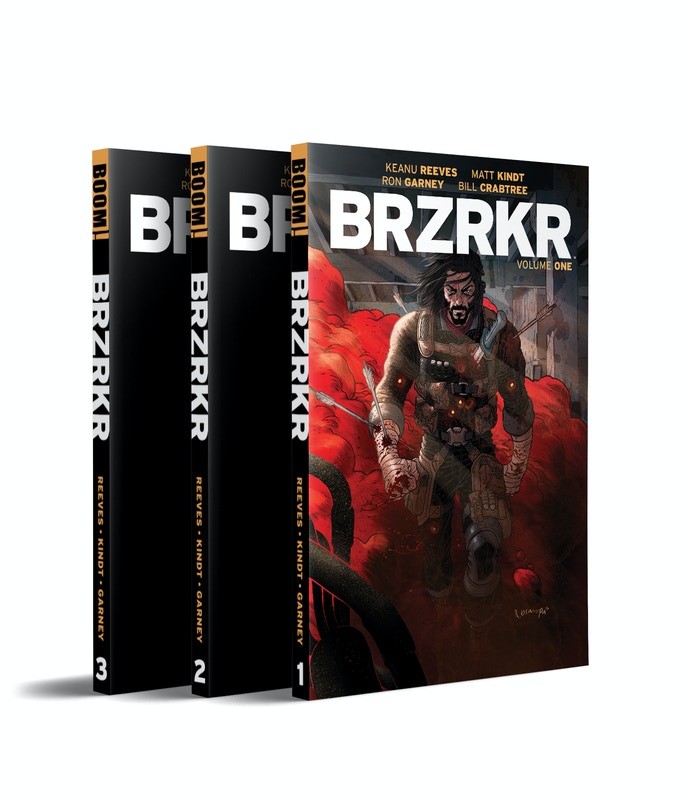 Fans have an opportunity to pre-order all three graphic novel collections of the new series in regular, limited edition and ultra-rare, premium formats through October 1 at 12:00 pm PDT. BRZRKR graphic novel collections offered through Kickstarter will begin shipping alongside the book market release of BRZRKR Vol.1 next year around in September 2021, with subsequent volumes shipping at the same time as their book market counterparts (unless otherwise noted for later delivery).

The campaign has raised over half-a million dollars in the first 3 days. This kicked off a public outcry of concern-trolling by several online provocateurs and social justice activists who appeared to be very salty when they saw the level of success the crowdfunding project was experiencing. 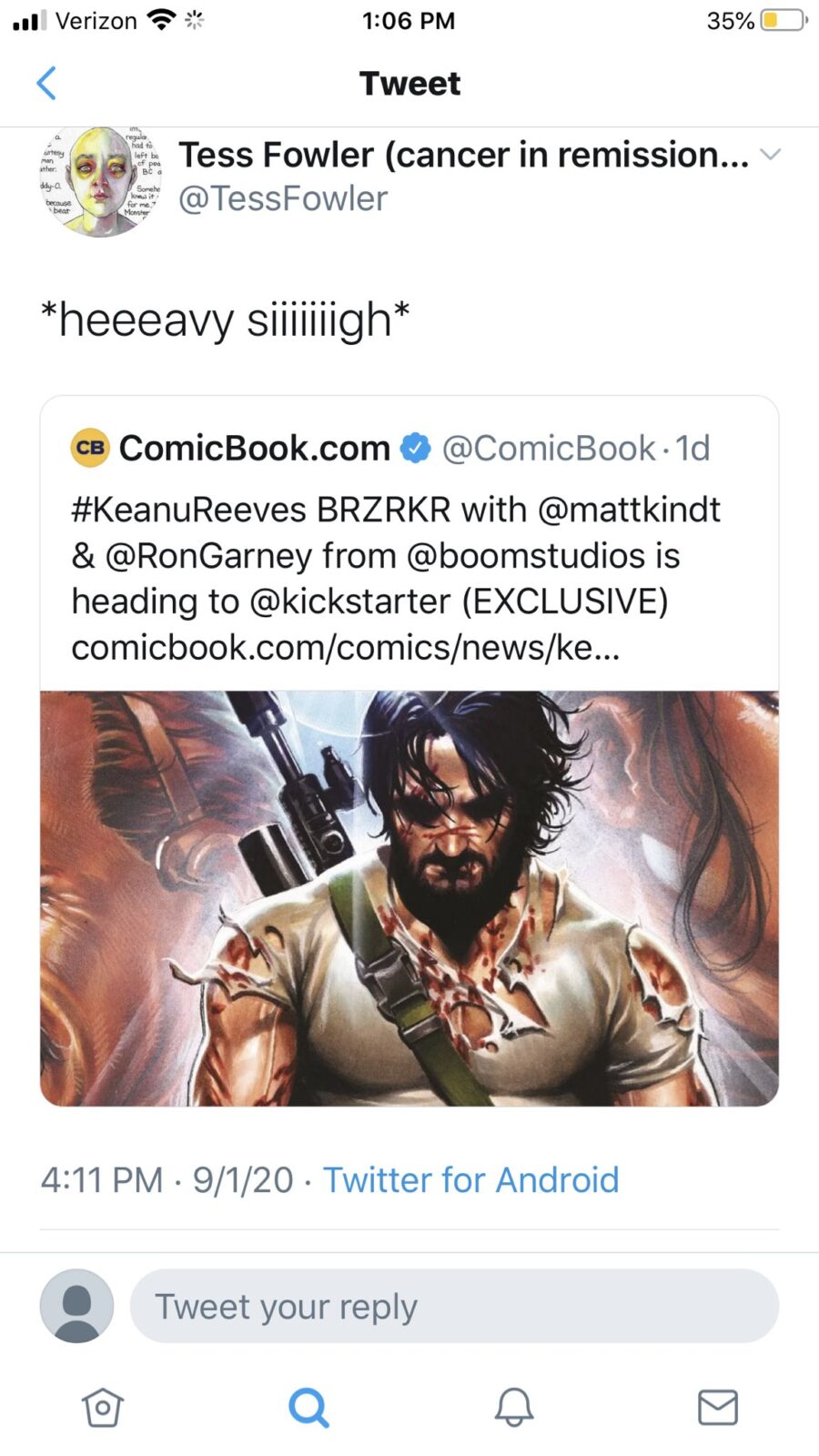 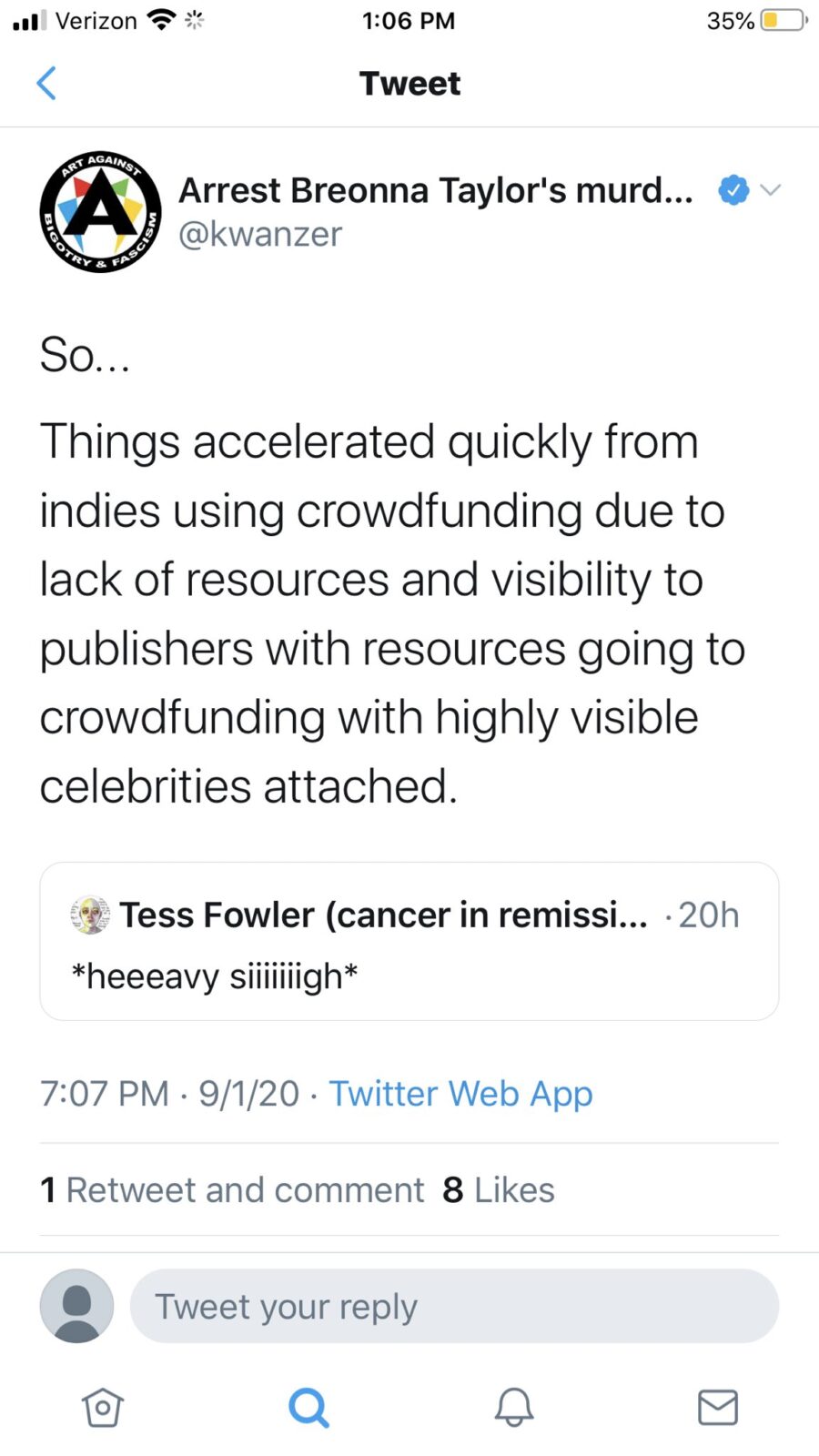 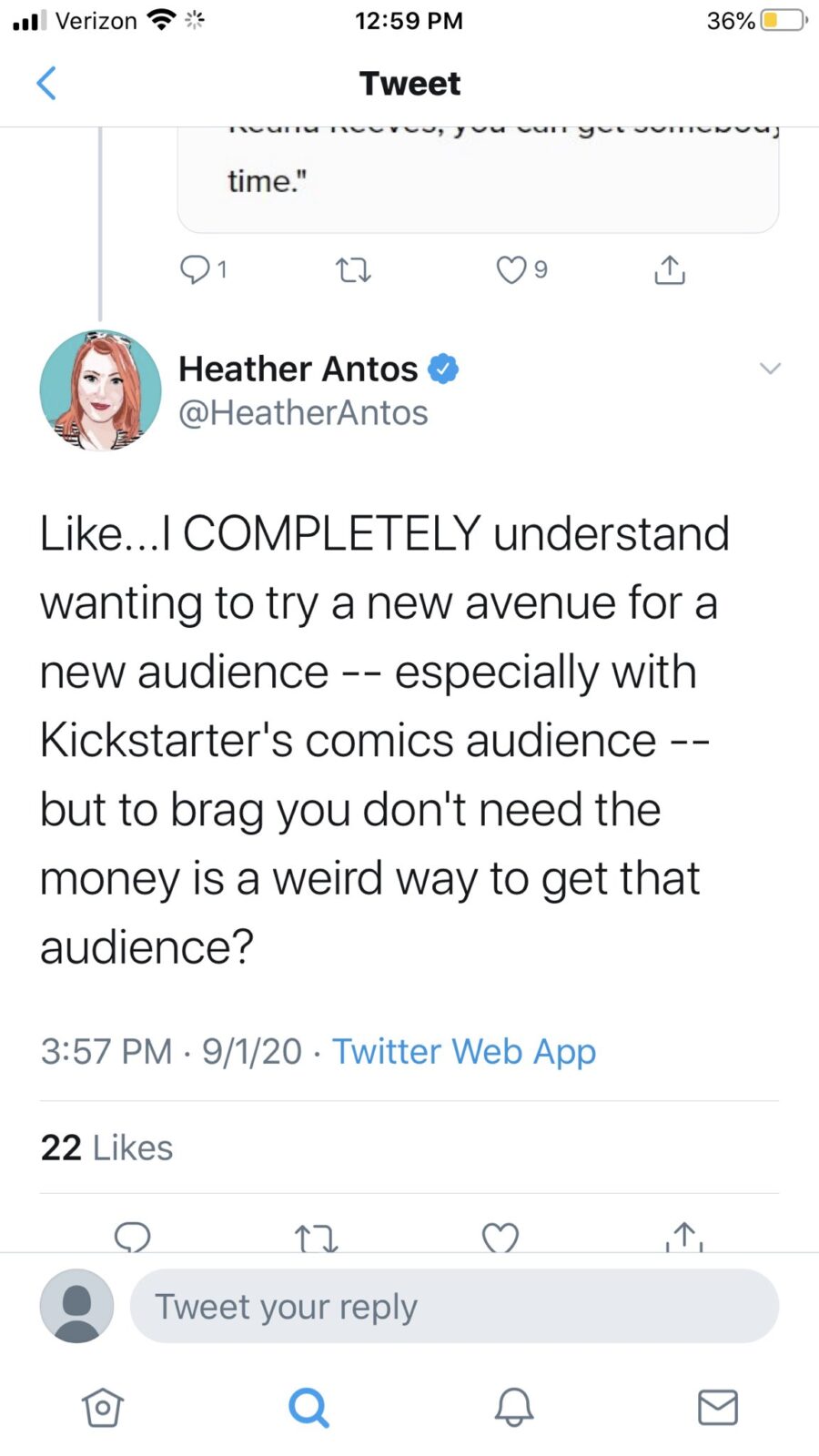 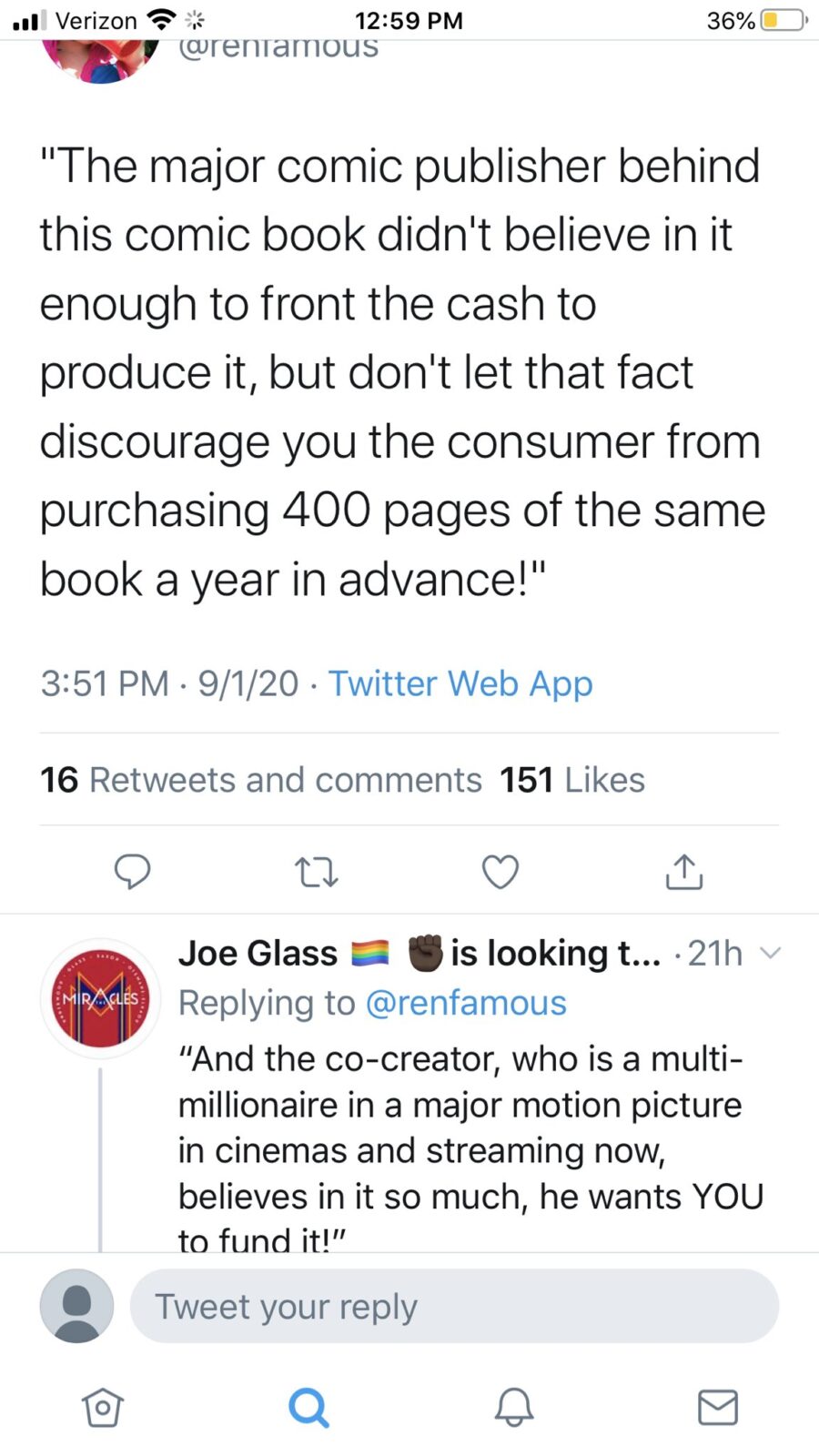 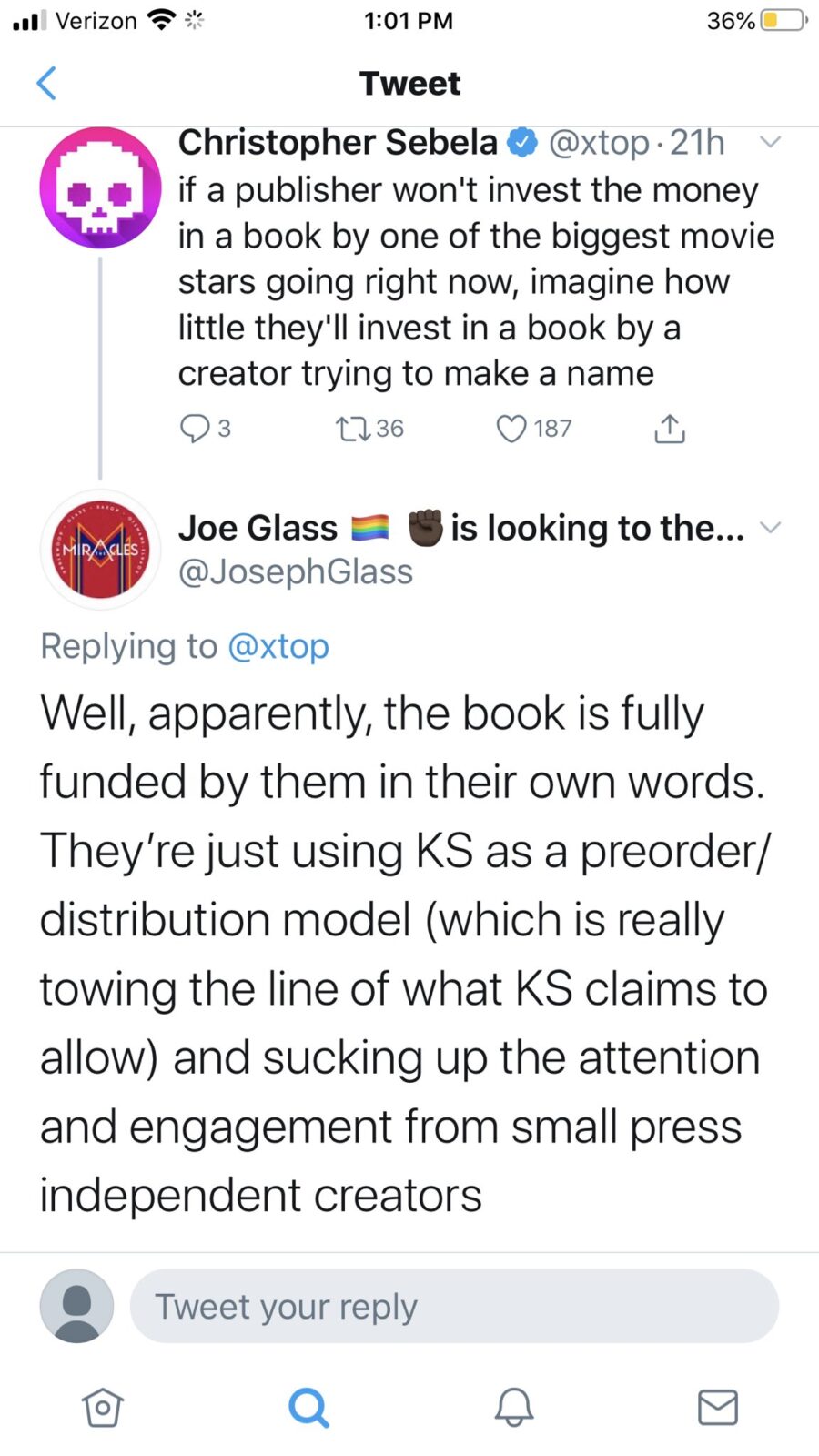 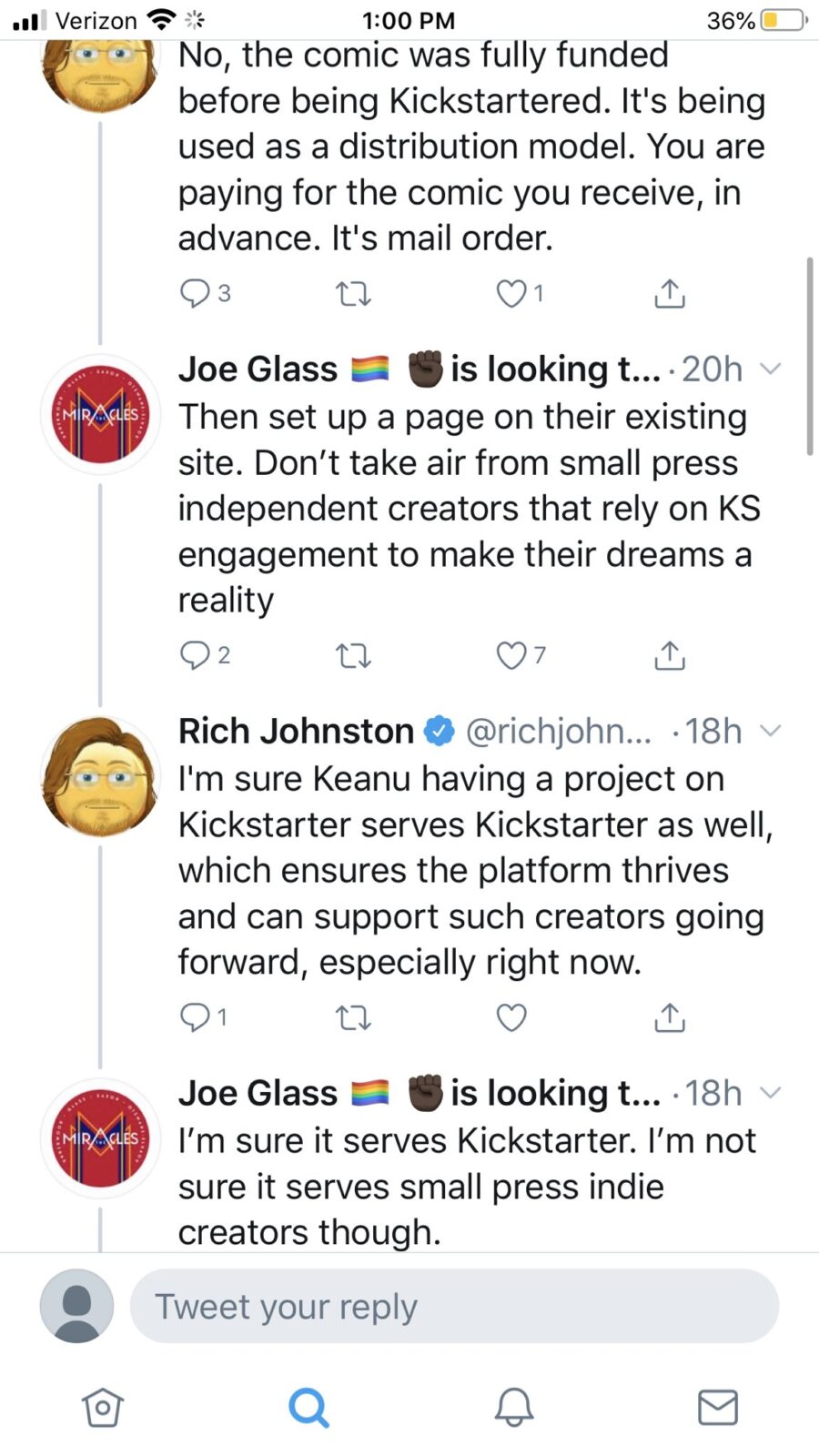 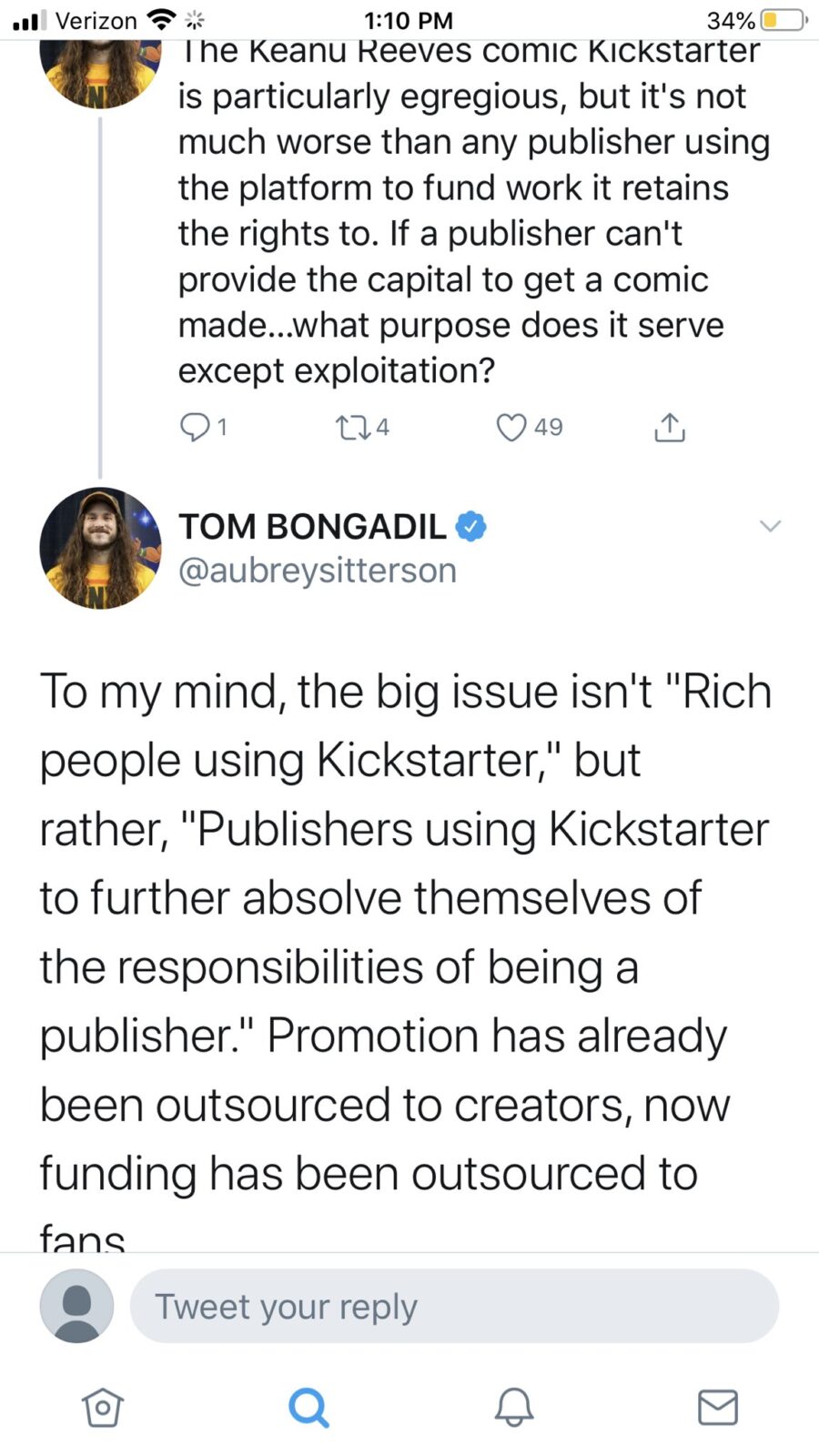 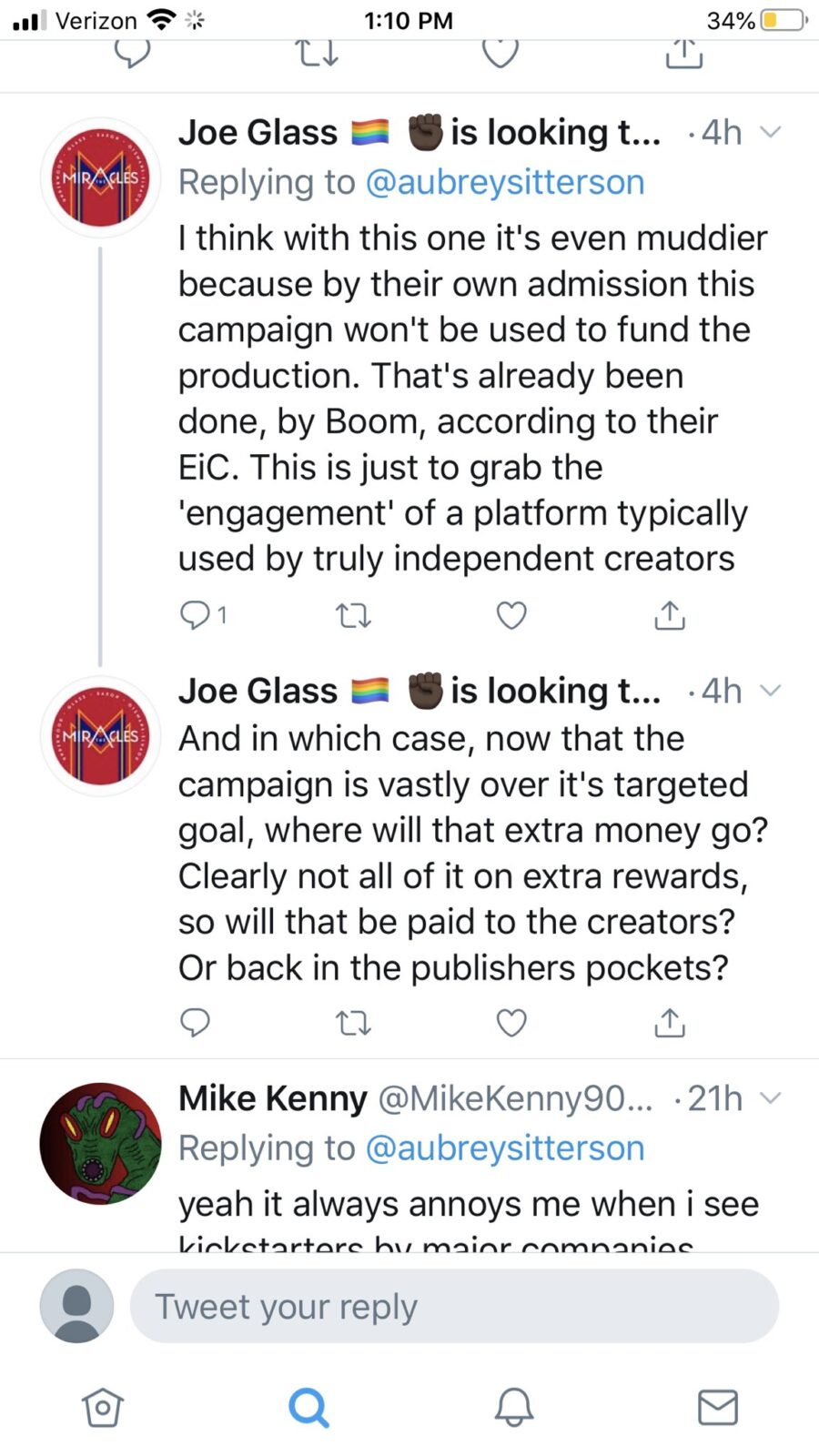 Sigh… I guess working at BOOM! Studios is off the table for these creators.

“Many companies use Kickstarter to fund their projects. We are not doing this,” said Ross Richie, CEO & Founder, BOOM! Studios. “We are working with Kickstarter as a distribution platform to expand our reach. It’s our dream here at BOOM! Studios to introduce new readers to the medium of comic books and graphic novels. By combining the reach of Kickstarter with the interest in Keanu Reeves and the action-packed epic that is BRZRKR, we’re excited to introduce so many folks to their very first comic book.” 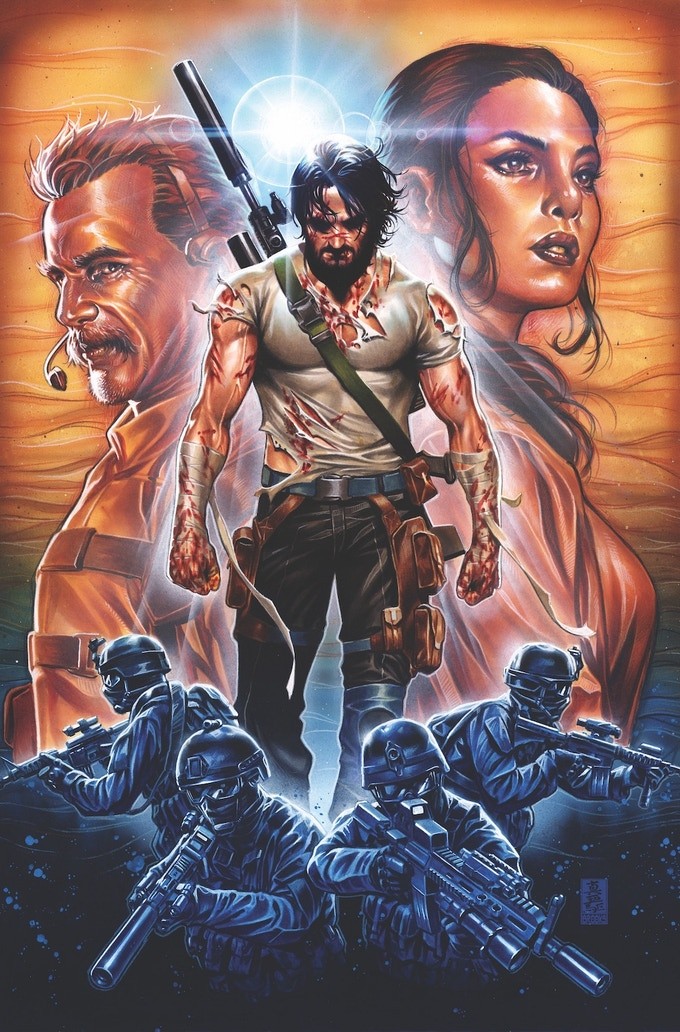 In this brutally violent new series, the man known only as Berzerker is half-mortal and half-God, cursed and compelled to violence…even at the sacrifice of his sanity.  But after wandering the world for centuries, Berzerker may have finally found a refuge – working for the U.S. government to fight the battles too violent and too dangerous for anyone else. In exchange, Berzerker will be granted the one thing he desires – the truth about his endless blood-soaked existence…and how to end it. 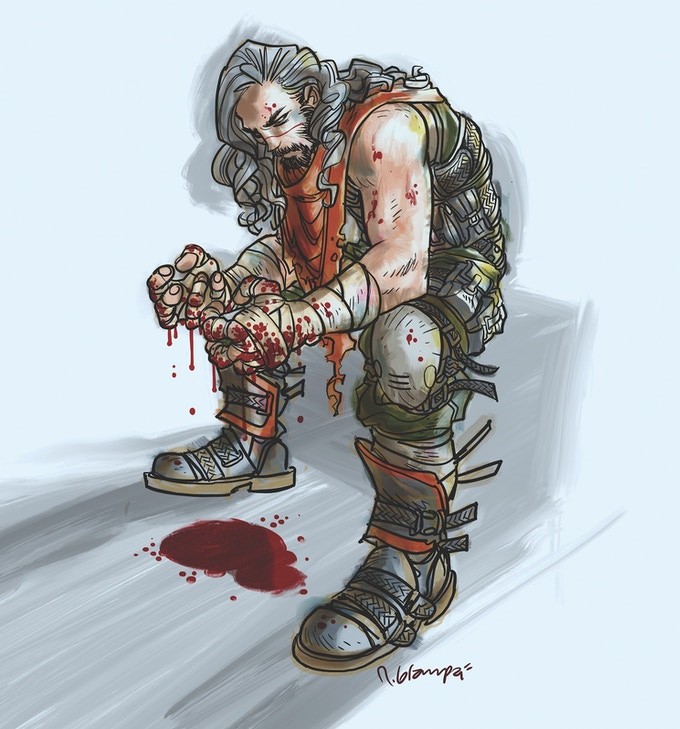 “Comics is such a rich, vibrant, versatile medium, and I hope that Keanu Reeves’, Matt Kindt’s, and Ron Garney’s BRZRKR will be the starting point for so many new fans to discover and enjoy them,” said Margot Atwell, Head of Publishing and Comics, Kickstarter. “I’m pleased to work with BOOM! Studios on this exciting project.”