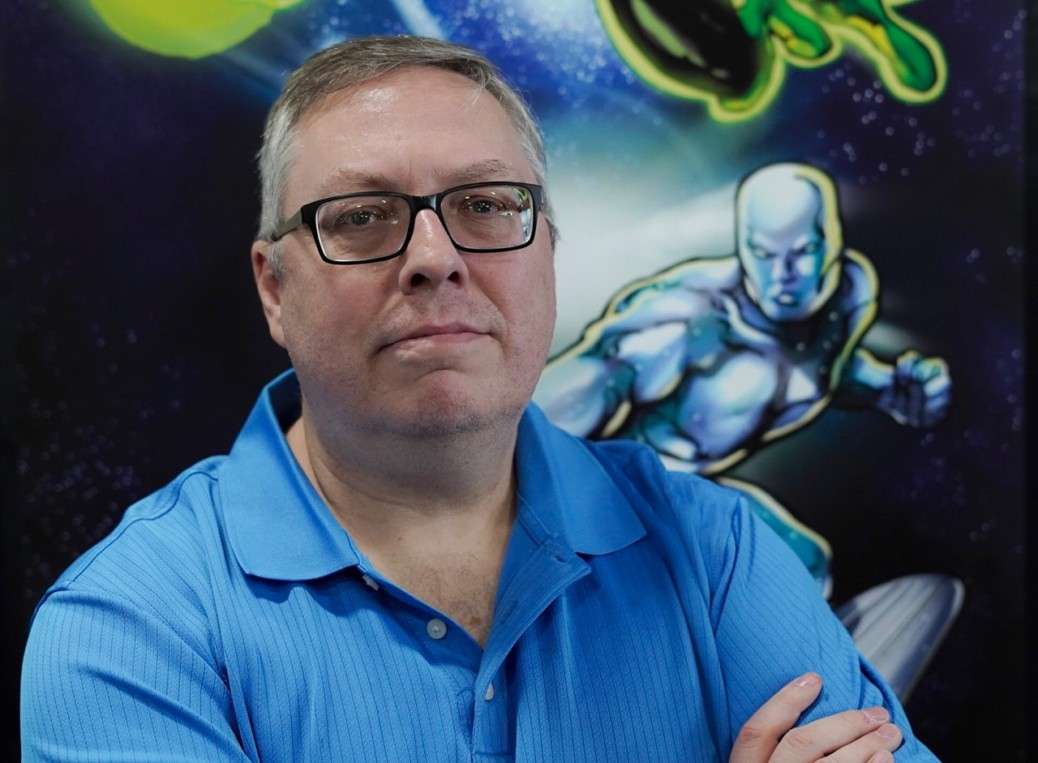 Looks like pretentious and aggravating scriptwriter Ron Marz continues his far-left journey after all these years, as he posted the following in the past few days:

For years we’ve heard squealing about violent media poisoning our youth. Turns out it was true, but the violent media is cable news.

So only news programs could possibly cause violence in youth, not the entertainment medium? About what you could possibly expect somebody who’s contributed at least a few of the most notorious moments in comics history, like the Major Force fridging Alexandra deWitt scene in Green Lantern, to say. Yet one can only wonder if Marz would appreciate that a writer for the Federalist is arguing that children shouldn’t be watching news reports about mass shootings, because it can be bad for their mental health? Sadly, I get the feeling he wouldn’t thank the site, based on their conservative leanings.

Thinking about how a racist executed 10 people, and then the GOP had to go into damage control about both white supremacy and gun control. If that’s not an indictment of the party, I don’t know what is.

So here, he opportunistically blames conservatives in every way for the actions of a violent maniac in Buffalo, New York, but refuses to blame the state’s disastrous law enforcement as it stands now for anything bad that’s happened in the past number of years, ever since Bill de Blasio and Andrew Cuomo really set things on a collision course for a fiasco. Why are men like Marz so lacking in ability to level any criticism against Democrats who enable these situations?

Well, I guess we know which side leaked it now. https://t.co/op8iHJSOOK

And with his insult to Matt Gaetz, he implies he believes only conservatives could’ve possibly leaked info regarding a possible SCOTUS decision to reverse Roe vs. Wade. On which note, why does somebody who supposedly complains about violent crimes occurring at supermarkets suddenly have a problem with people who oppose abortion? Life isn’t valuable? There’s a whole plurality in the USA public who’re opposed to abortion for valid reasons. He’d do well to consider that.

Sorry. Not beautiful. And no amount of authoritarian tolerance is going to change that. https://t.co/rOASeeQvee

Wow, and here, Marz sides with those who think obesity is literally a good, healthy influence for women. In that case, why’d he ever write comics where leading ladies were hot? Let us be clear. Obesity is unhealthy, risks illness for the heart, and can be even worse for women than men in some cases. And if we’re going to let political correctness entirely impede upon our ability to educate why good health is beneficial, then all this is going to do is result in more health problems everywhere. I won’t say Peterson was perfect in how he approached this whole issue, but again, that’s no excuse for obscuring health issues and invalidating them.

All these years on, and Marz still proves to be one of the biggest leftists around. And while not unexpected, it’s still very sad.