“Screw Your Freedom” Schwarzenegger Turns Into a Girly-Man Fascist 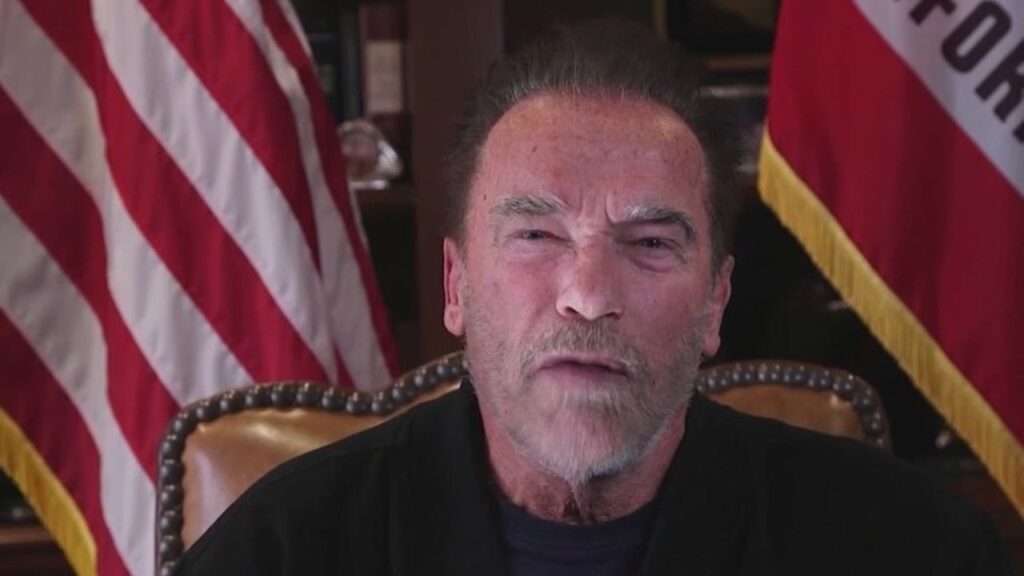 Since the beginning of the epidemic, Arnold Schwarzenegger has promoted the use of masks to slow the spread of coronavirus. Last June, shortly after California Governor Gavin Newsom (D) ordered all residents to wear masks outside or in public areas, Schwarzenegger claimed that refusing to wear one would only be a “absolute moron.”

This is 100% the right move. This will help us beat this terrible virus. The science is unanimous – if we all wear masks, we slow down the spread and can reopen safely. It’s not a political issue. Anyone making it a political issue is an absolute moron who can’t read. https://t.co/N0FmCwDU5w

While recently promoting the new book by Lt Col Alexander Vindman, the liar at the center of the launch of the first President Trump impeachment, who in violation of chain of command facilitated the whistleblower’s complaint against President Donald Trump and subsequently testifying against the president in the House impeachment inquiry which turned out to be a big nothingburger. Why would former action hero Schwarzenegger be bothering to promote the book of a girly-man insubordinate, who ignored the chain of command, leaked, and lied to Congress? Because Arnold hates Donald Trump of course.

The chat, embedded below, was moderated by CNN’s Bianna Golodryga, discusses Vindman’s book, Here, Right Matters: An American Story, but at various times the son of a member of the Nazi party (literally), showed his own fascistic tendencies when it came to the freedoms of Americans.

You don’t haver to watch the mind-numbingly boring hour long chat, but some of the highlights are when Schwarzenegger references the years leading up to World War II and how Europeans had been “lied to by a regime that was very evil.” Then he segues into comparing Hitler to Trump and expressing great relief that Trump was defeated and “democracy prevailed”.

From there, it was an easy transition to mocking the conservative backlash over Joe Biden’s latest round of vaccine mandates and mask requirements.

“There is a virus here. It kills people, and the only way we prevent it is to get vaccinated, to wear masks, do social distancing, washing your hands all the time and not just to think about, ‘Well, my freedom is being kind of disturbed here.’ No, screw your freedom,” Schwarzenegger said. “Because with freedom comes obligations and responsibilities. We cannot just say, ‘I have the right to do X, Y and Z.’ When you affect other people, that is when it gets serious.”

He equated the refusal to wear a mask to running a red light. It could get someone killed, he said. “Yeah, you have the freedom to wear no mask, but you know something: You’re a schmuck for not wearing a mask because you’re … supposed to protect your fellow members around you. It’s just that simple.”

Yesterday while I was talking with @AVindman and @biannagolodryga about Alex’s new book, I was asked about my comment about COVID misinformation that all of you are sharing. Here was my answer: pic.twitter.com/8LKhPIJ1Eu

Lost in the discussion is the fact that your rights come with no responsibilities, hence them being rights and not privileges which can be withdrawn. The Conan star also failed to criticize Barack Obama’s maskless birthday bash in Martha’s Vineyard over the weekend, or a maskless Rep. Rashida Tlaib (D) spotted twerking over the weekend on a crowded dance floor at a wedding party, or maskless D.C. Mayor Muriel Bowser (D) hobnobbing indoors at a wedding party without a mask a few hours after imposing a mask mandate in DC. Are all of those people schmuck’s too?

Or is the truth more likely that those masks are basically useless and they all know it?

Erykah Badu and H.E.R. turning up with Barack Obama at his 60th birthday bash. pic.twitter.com/cPfBU167PT

She’s setting a great example by showing us all that we have nothing to be afraid of. Live your life. pic.twitter.com/LRxOyMFJsD

Although Schwarzenegger has been a very vocal critic of President Trump throughout his four years in office, his stance became even more strident after the January 6 riot on Capitol Hill, when he compared the incident to Kristallnacht, the infamous 1938 “Night of Broken Glass” when Nazis brutalized Jewish businesses and institutions.

My message to my fellow Americans and friends around the world following this week’s attack on the Capitol. pic.twitter.com/blOy35LWJ5

What a shame to see a once admired bodybuilder and action hero devolve into such a fascististic man-baby. While Arnold Schwarzenegger is not his Nazi father, his anti-freedom rhetoric makes one wonder how much of his father’s impact he has had on his life.  And how pathetic that he’s become that he’s using his voice to shill for a loser like Vindman who suffered from Trump Derangement Syndrome so badly that he bent the truth to try to take down a sitting President.

Alexander Vindman’s self-image takes a blow as he comes to the dismaying discovery that most people don’t know his book is coming out, and many don’t even know who he is pic.twitter.com/IVf05IcK1M

“Screw your freedom,” for example, is a remark that wouldn’t be out of place in a totalitarian state. It also makes us doubt the sincerity of Schwarzenegger’s previous statements.

I guess we all have to remember that Arnold Schwarzenegger is not really an action hero. He just played one on TV. UPDATE: And today, here’s your chaser: the hypocrite NOT WEARING A MASK AND NOT SOCIAL DISTANCING.

Arnold Schwarzenegger keeps a cigar in his mouth while leaving a hair salon in Beverly Hills – https://t.co/C10Nv3Dk0c pic.twitter.com/fTRNSZ2VLp 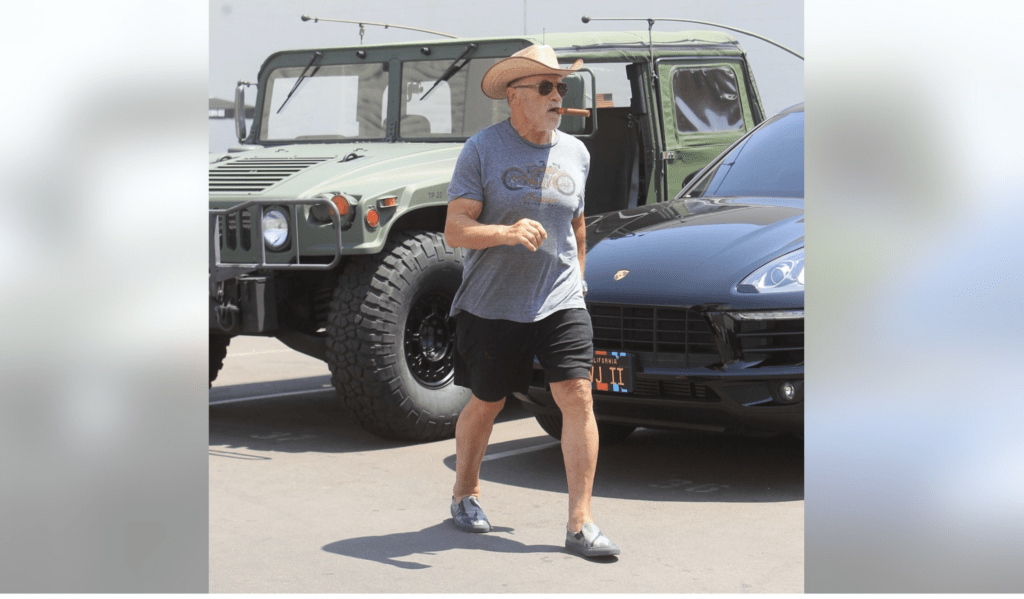