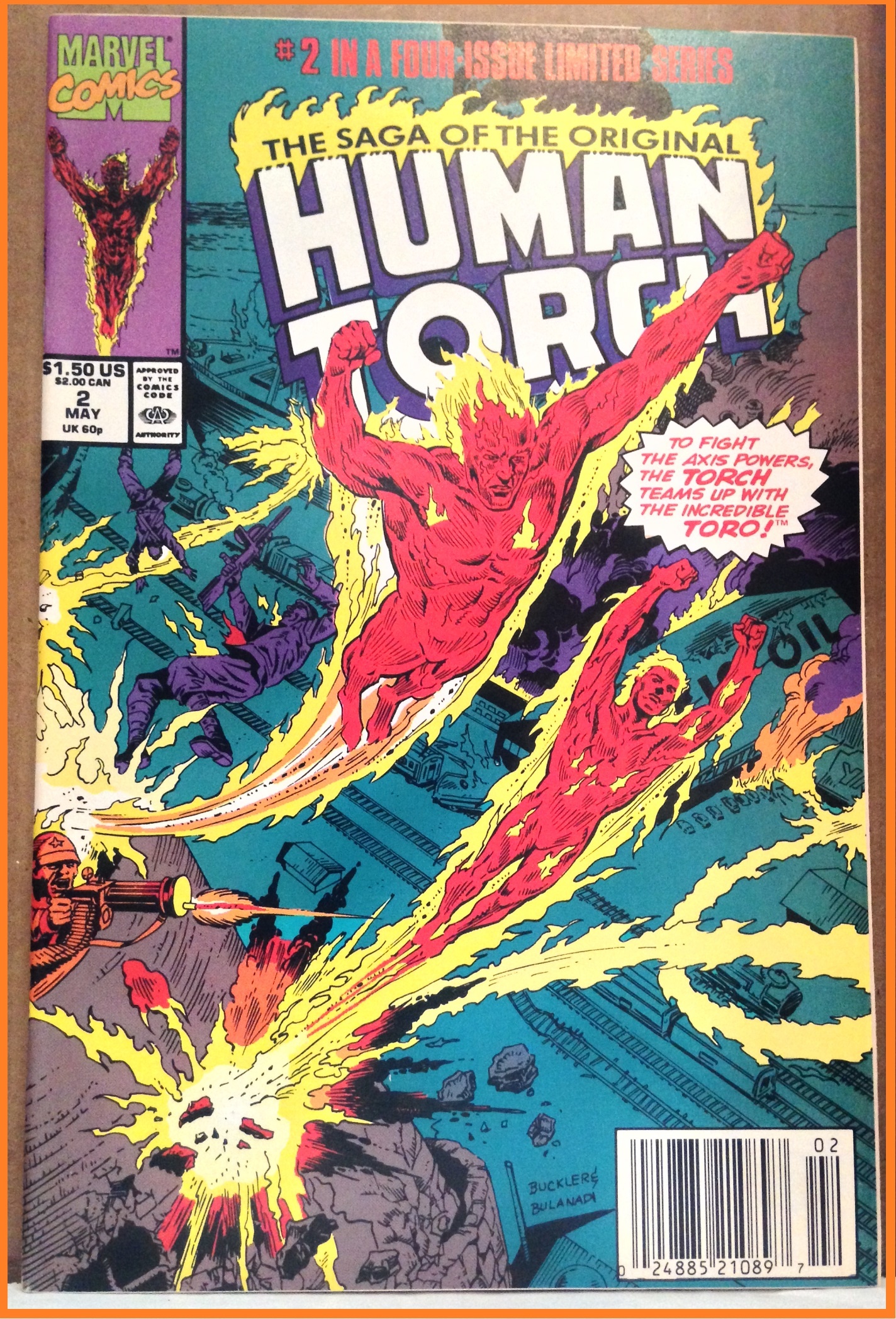 This week, I’ll continue with my re-unboxing and reading of a nearly 30 year old 4 part mini – The Human Torch. 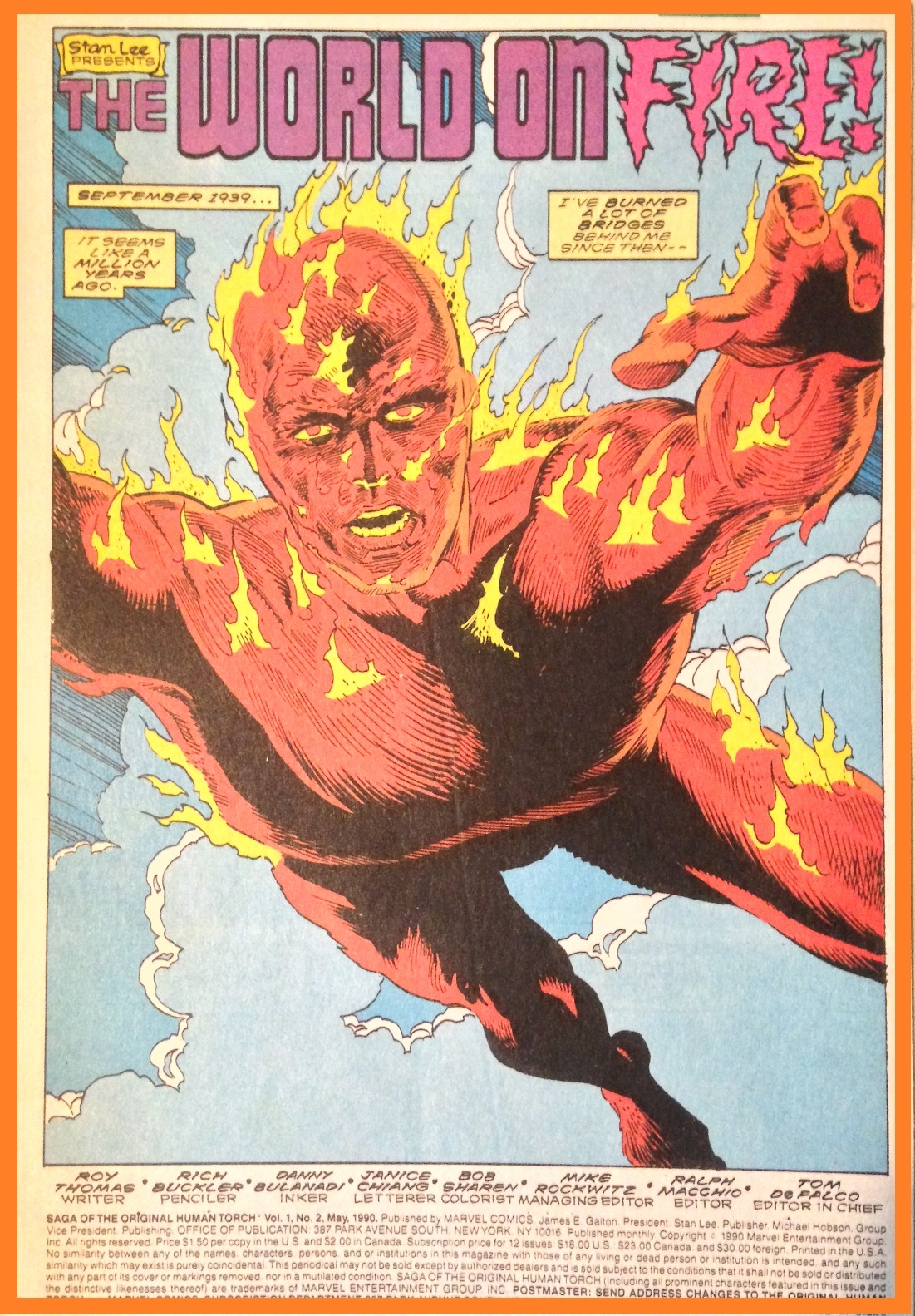 The mini itself by issue #2 is pretty heavy on dialog and exposition. It seems that they tried to cram as much of the history of the character and his origins in as possible. The  colors in the issue are a lot more vibrant than I ever remember, it’s actually quite striking to open up such an old book and have it leap right out at you. Bob Sharen is responsible for bringing out such detail. 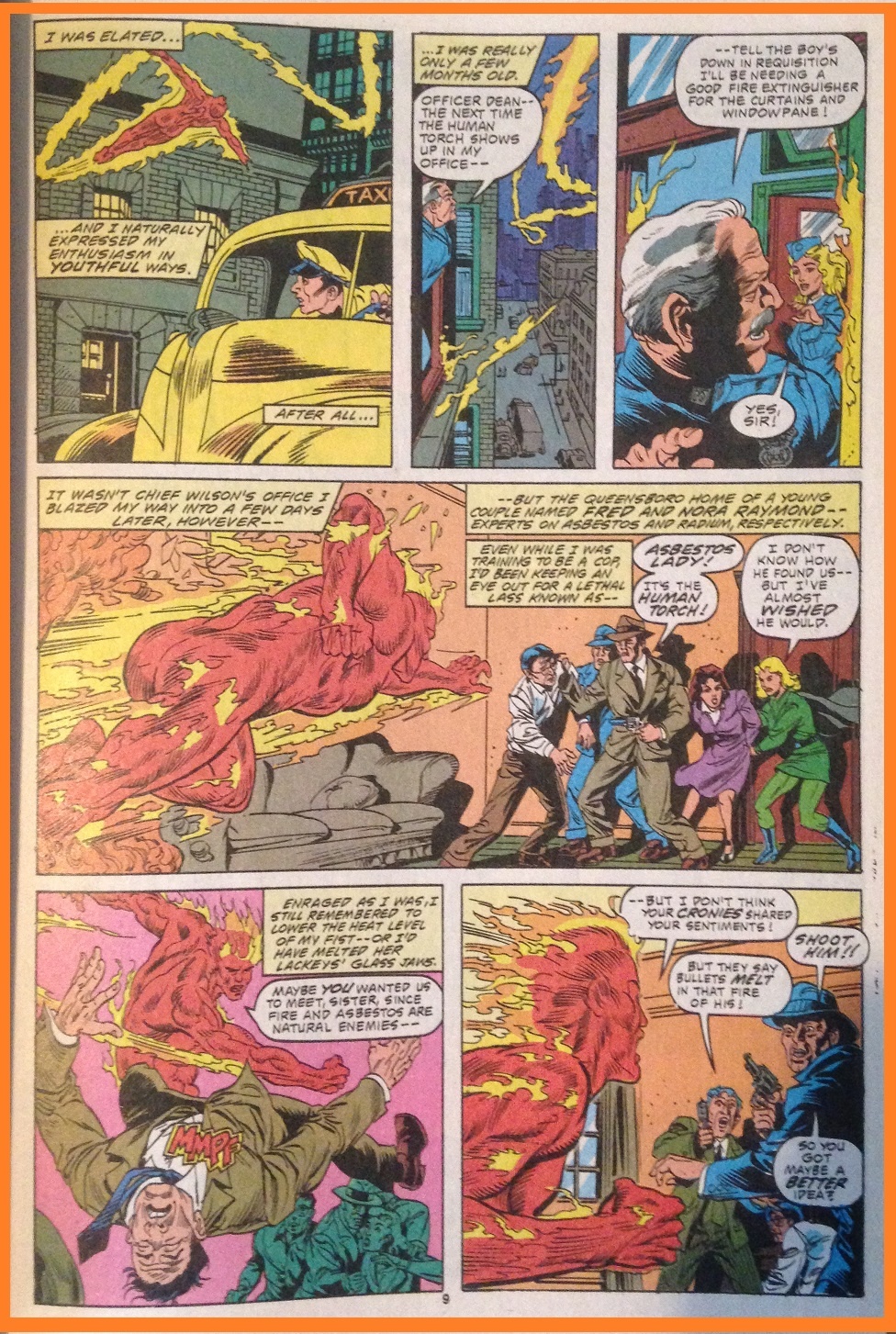 Jimmy Hamond rescues a young man that appears to have very similar abilities to himself. In the very old series this character Toro would become the token sidekick of our hero. 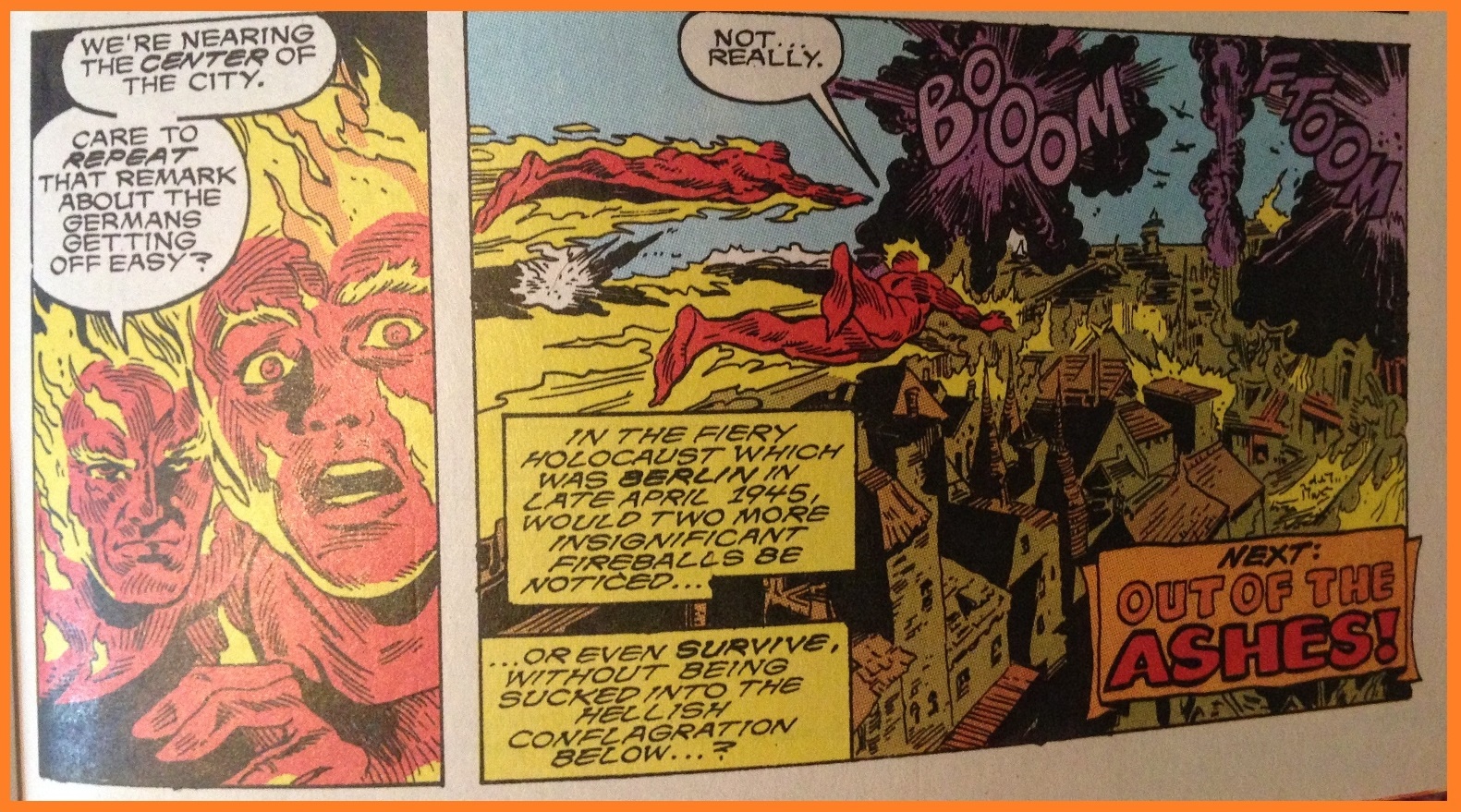 The story follows through the beginnings of the second world war, with the Torch and Toro battling Nazi forces, aircraft and secret weapons leading to a clash of the Titans style finale featuring Captain America and Bucky, The Sub-Mariner against a super Nazi named “Master Man”. 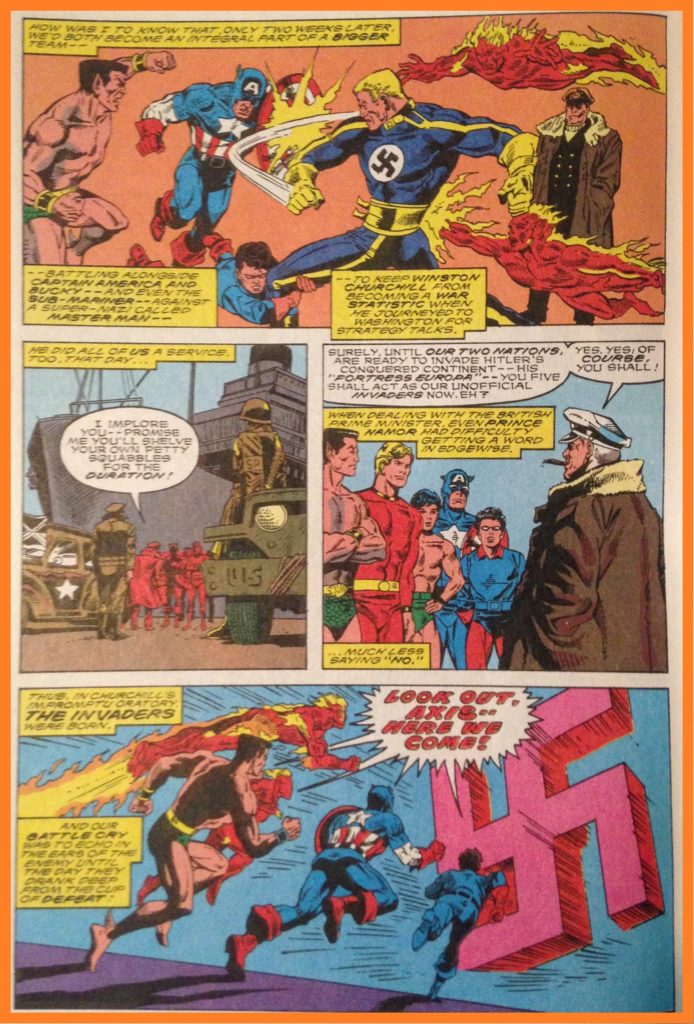 The books appeal and tie in to historical events is inventive and sometimes cheesy, but of course this kind of “look through the ages” view of the character and his friends in only four books is difficult and might have felt less rushed spread out to even 5 parts or even 6 would have eased the pace a bit more comfortably. 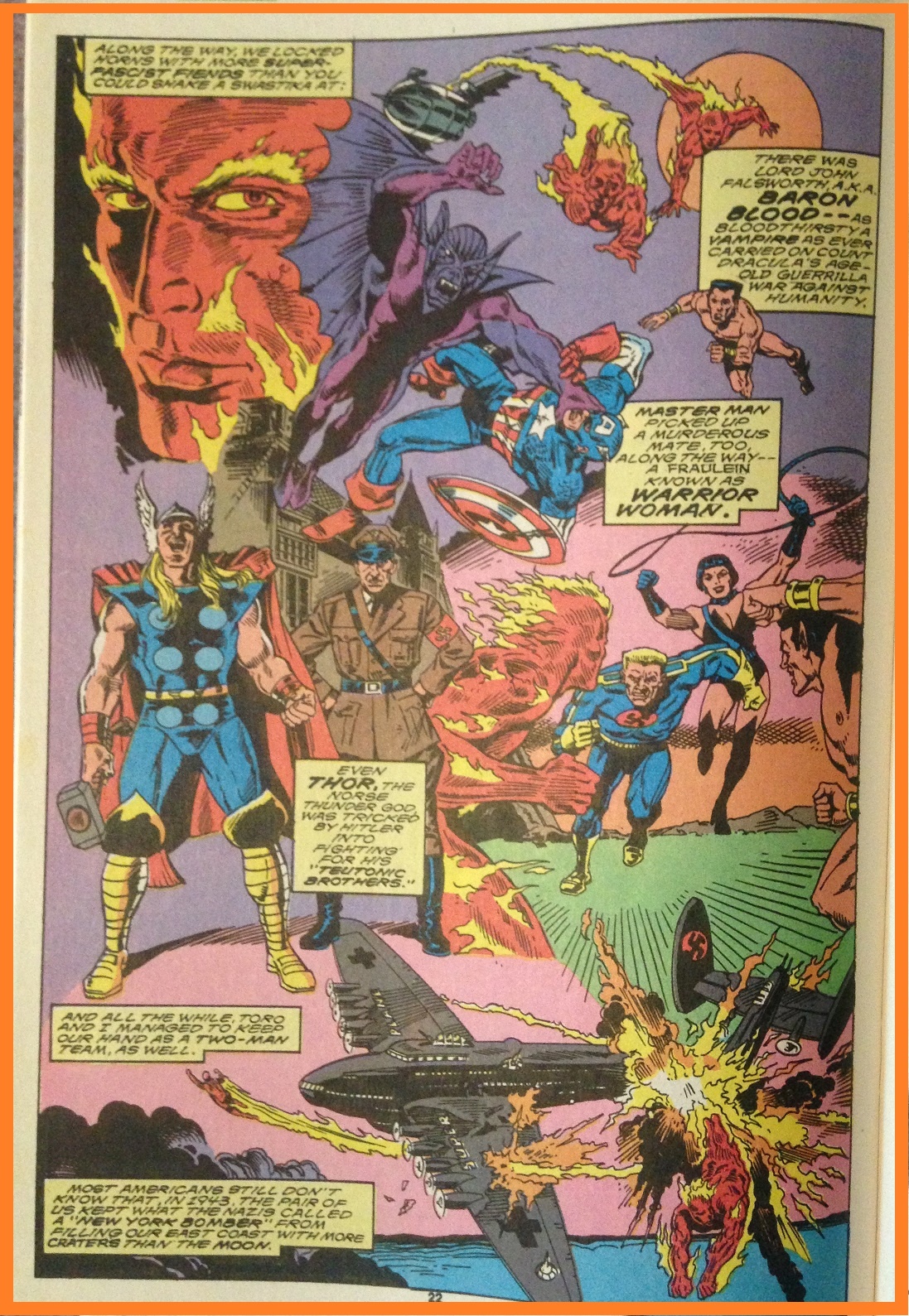 The book has plenty of full page spreads with lots of the color that makes this particular book stand out for me.

Stan is here as well and I’ll include his remarks for you here:

This issue reads like you are cramming for an exam in hero history. Perhaps the thought at the time was that it would seem more of a legitimate book if the writers showed they knew Marvel history in and out; instead of bringing a story that might have enabled the Torch to become more popular with readers at the time.

This was just before a huge upsurge in comic book popularity and the first attempts of creators to touch on the nostalgia of readers. 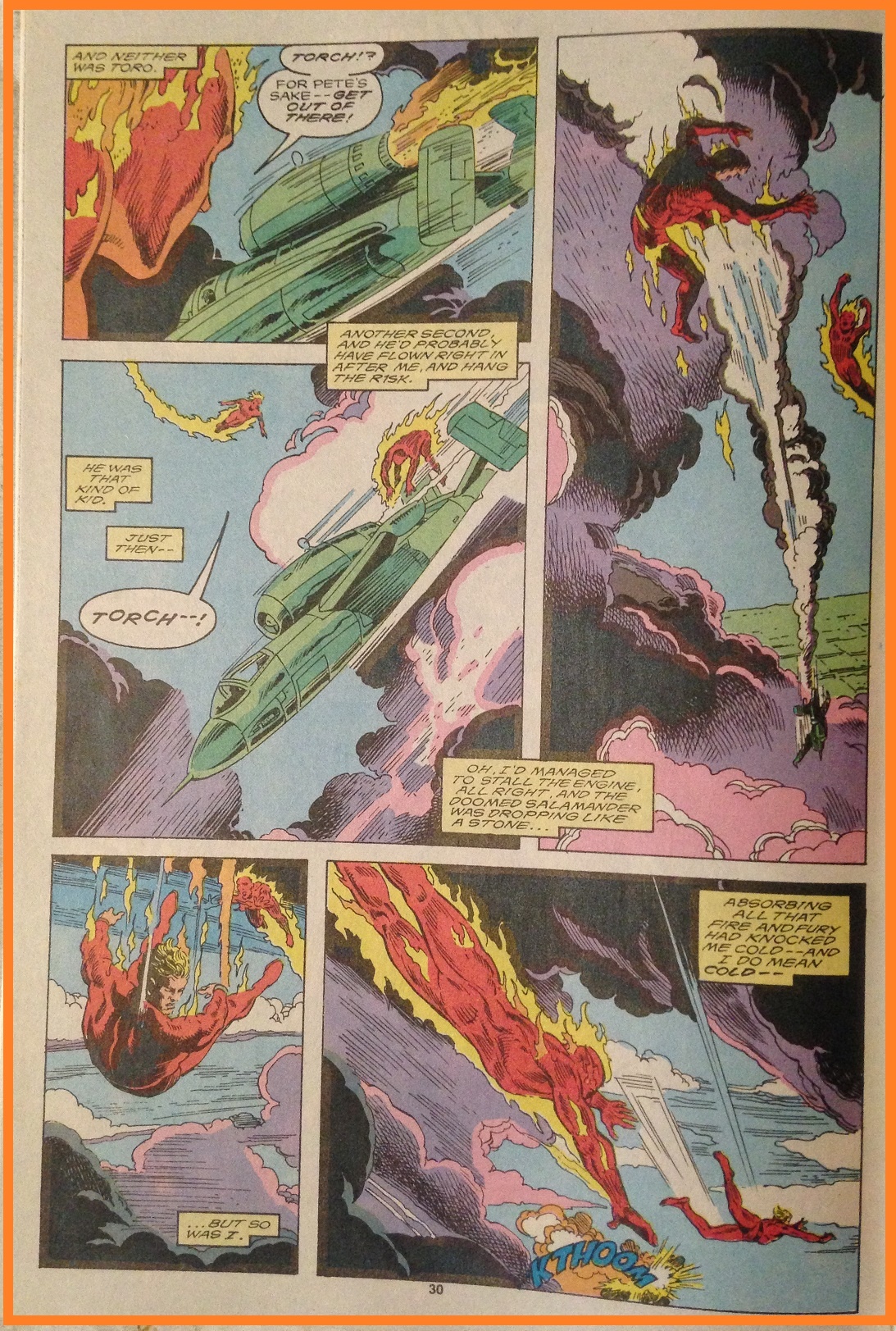 The work to find new and more interesting ideas and approaches to the readership was always a goal of the big two. The start of trying to pump the personalities behind the craft and industry were being seen. This celebration of the creators by industry was what a group of young artists would seize for their own in their soon to be “upsetting” and overturning of the entire industry. The ‘Image Boys’ would soon come. 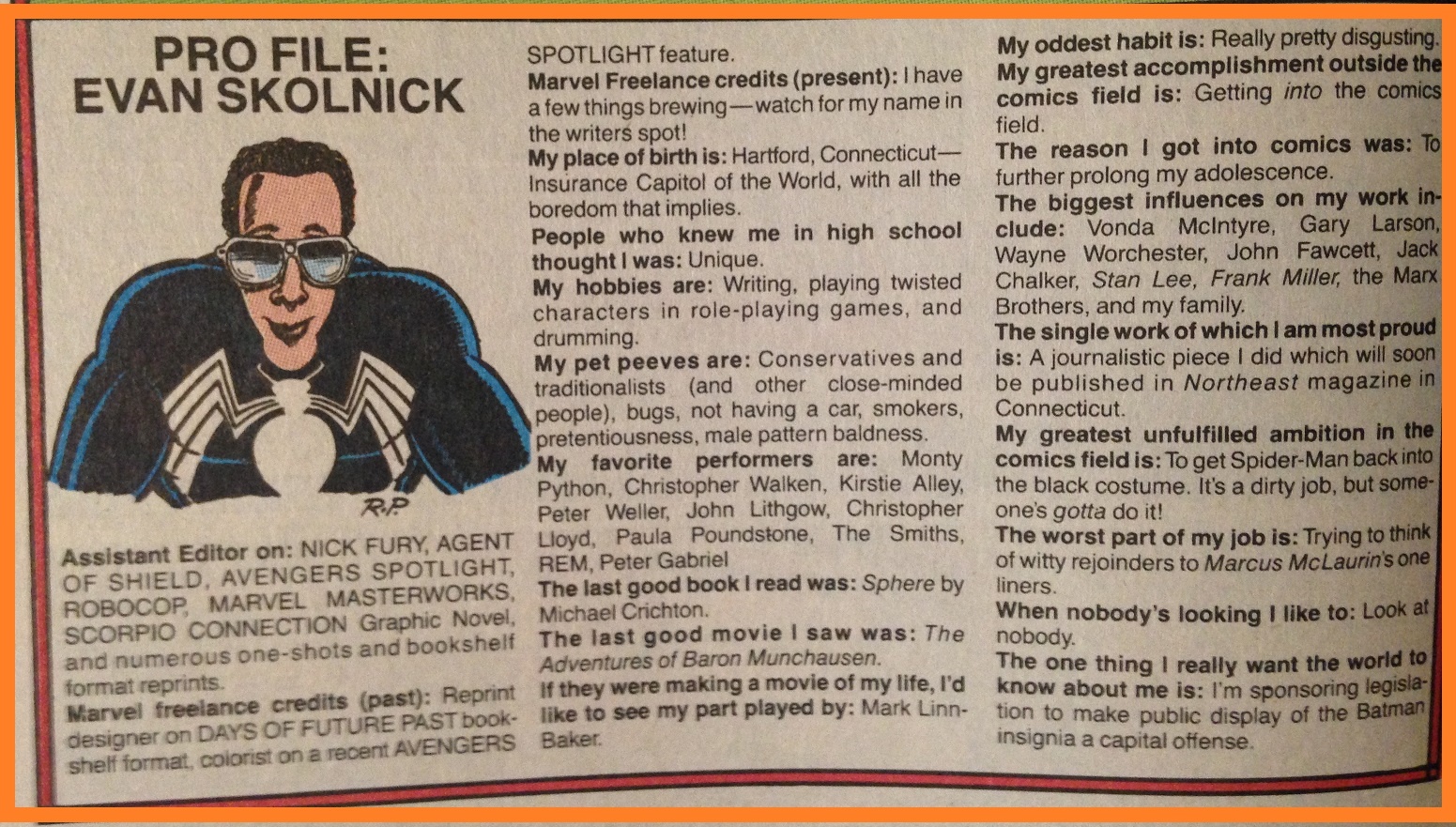 It would take a few more years, but that feeling in the community they were looking to tap into came soon enough. This mini was just a bit premature for that hype? I’ll leave you with an ad that some out there might remember and perhaps there might be some out there that actually have a copy of this graphic novel. I never read it but would love to see and hear someones take on it. 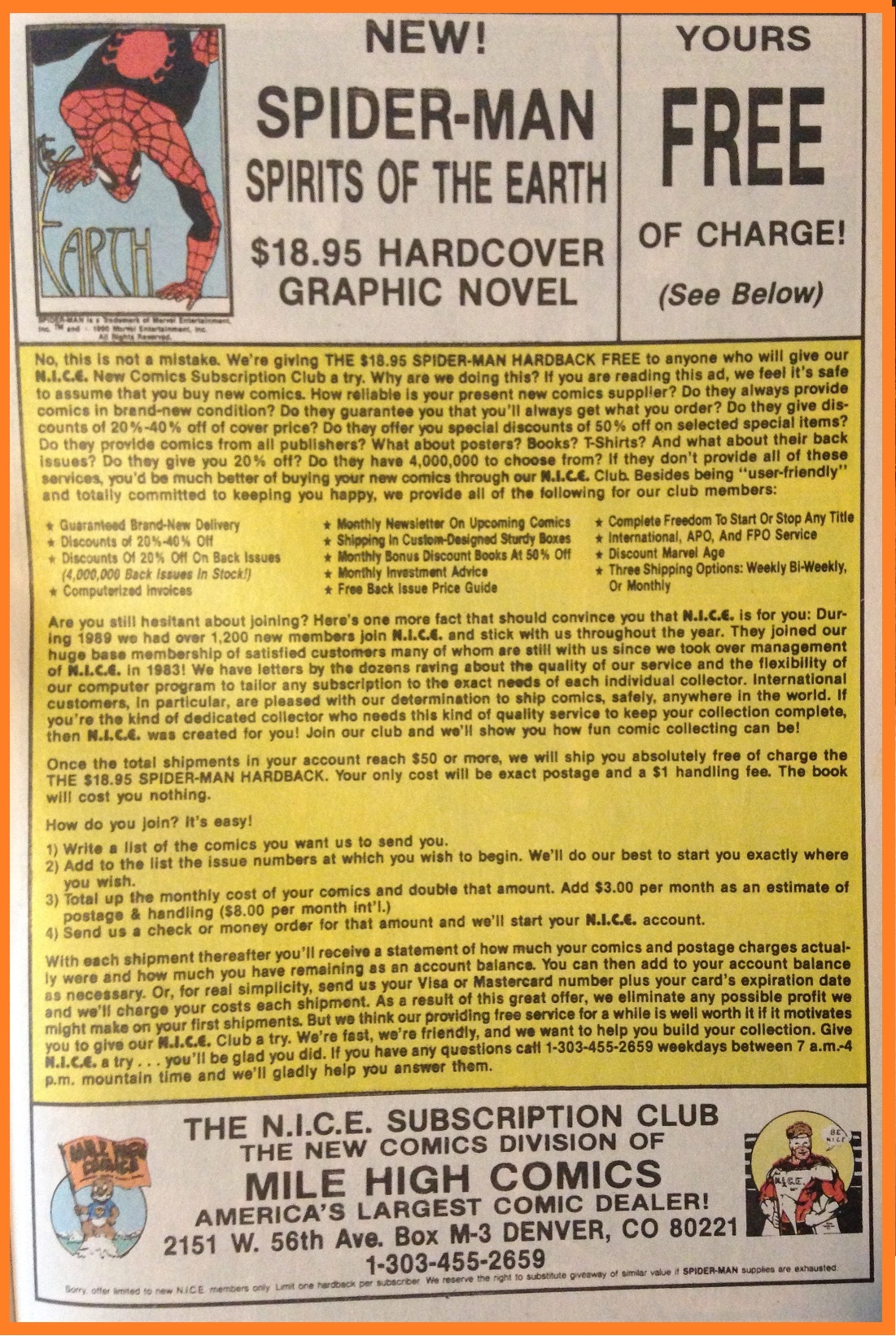 I hope you enjoy these inserts from this old title and we’ll see you again next Saturday morning.