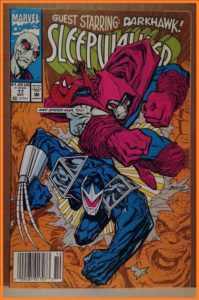 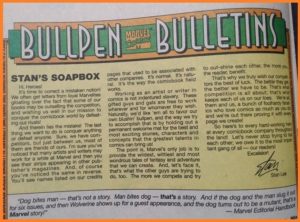 This week on Saturday Morning Soapbox, I want to revisit a floppy from SLEEPWALKERS #17, guest-starring DARKHAWK, October, 1992.

This particular submission from Stan struck a chord with me after looking back over the events of the last few months and especially the last few weeks. 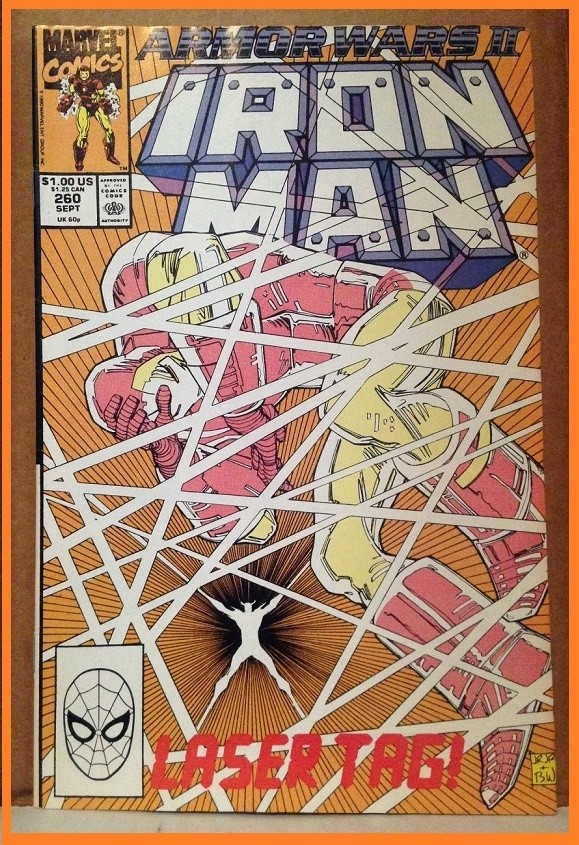 I liked that first one and so I tried to find one that followed along the same line of thought and so I came to this next pick from one of my oldest running collections.

I chose this one for the same reasons as the first and in the same spirit.

I remember the day I bought it. I remember not even going home from school that day.

We went right to the shop.

Larry Higgins @NyobiComic  creator, writer of Nyobi  and REBEL KOMIX was with me.

School had just started, it was the second Friday of the month and we had just gotten our allowance.

We’d both had vacations and hadn’t been back to the shop in almost two months.

We had a load of floppies and RPG stuff to bike home with in our book-bags, since we both had more than 10 titles in our pulls.

The comic shop was in the big city and we lived in the suburbs on the other side of the river.

We weren’t allowed to “go over town” so of course,

that’s exactly where we went. That’s where the comic books were.

My book-bag was an old green canvas type, with a draw string top and tended to crush the corners of my comics if I didn’t put them in a cardboard sleeve or a rigid binder for the ride home. 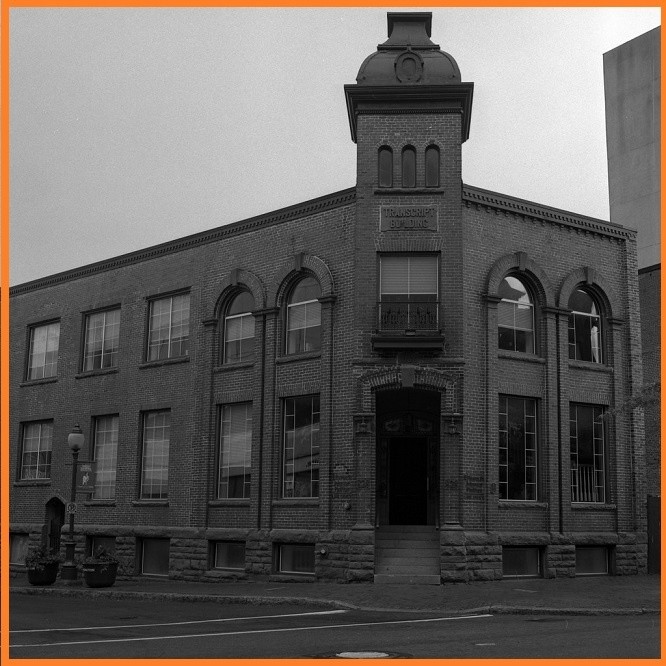 My IRON MAN floppy here has the wrecked corner from that long gone book-bag.

This old newsprint has just sparked the memory of that day with my friend, while I sit here typing for all of you.

Comic books did that, like a time machine from 29 years ago.

That building was built in 1900 and was very much like the bookshop in NEVER-ENDING STORY.

It had housed one of the first industrial printing presses in our city at the turn of the last century.

Our comic shop was in the door, up the twisting stairs to the second floor. It felt as if you were standing in towers of books and comics in there.

Maybe it just felt that way because our bodies used to be smaller then.

That day was one of the last times we would ever be in that old clock tower shop together buying comics; Larry and I.

Shortly after that perhaps the following year, the shop moved a dozen blocks west of downtown into a street level unit.

It was very sterile, bright, far too open and unwelcoming.

It was not what a comic shop was supposed to be at all. 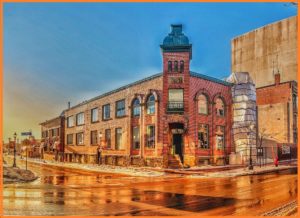 Nothing of the quaint and secret world of our old shop remained.

The shop lasted another ten years or so competing with another couple of newer shops with far more youthful and energetic operators.

in my home town was gone.

Stan Lee and John Byrne. Legends of the industry. True heavyweights. These two men worked on and off again for decades. I’m sure that they had tumults even if we never saw it. They were people. They struggled we can be sure but they had enough respect for each other and their profession to not make a mockery of themselves, regardless of their differences. 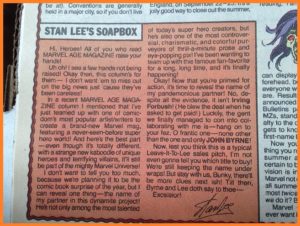 Great masters of the past have a great deal to teach us not just about the comic books that we love but also something about ourselves.

I’ve spent a lot of time this morning considering Stan’s words here. I find it intriguing that a couple of hundred words which probably in some cases weren’t really his most important business of the day and certainly were not meant for “posterity” would be able to carry something through time.

Perhaps some of Stan’s words here might be seen today as kind of guide post to the ink work still going off for colour.

Perhaps Stan can remind us where the lines are again.

I hope you enjoy this Saturday mornings choices and I hope to join you all again next week.