In December 2018, I wrote a blog post about how Star Wars Marvel Comics saw a “horrible decline” since their high sales around the time of The Force Awakens release, according to Comichron.  Here were the sales comparisons then:

Shortly thereafter in February of 2019, rumors started to swirl around the interwebs that Marvel would release issue #108 of the original Legends Marvel Comic Book run.  This rumor proved to be true, and issue #108 would be published in May 2019.  It seemed as though decision makers were pulling a “member Jaxxon?” stunt in order to bring readers back to the comics.

In March of 2019, other rumors began to swirl around the interwebs which said that Disney was preparing to shut down Marvel Comics altogether.  Some suggested that it would be easy to do this if they shifted prodction of the comics to IDW, which was already producing Star Wars comics.  But then a few days later in that same March, that IDW investors were requesting to sell the company.

Here were the Comichron sales figures at that time: 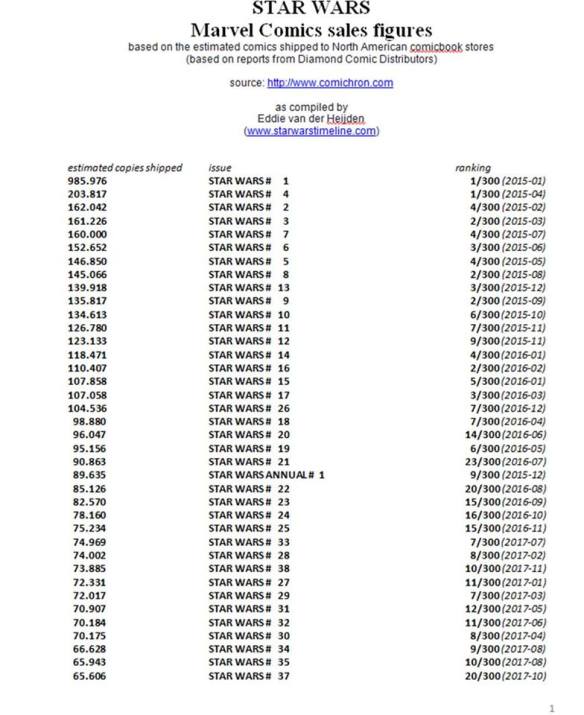 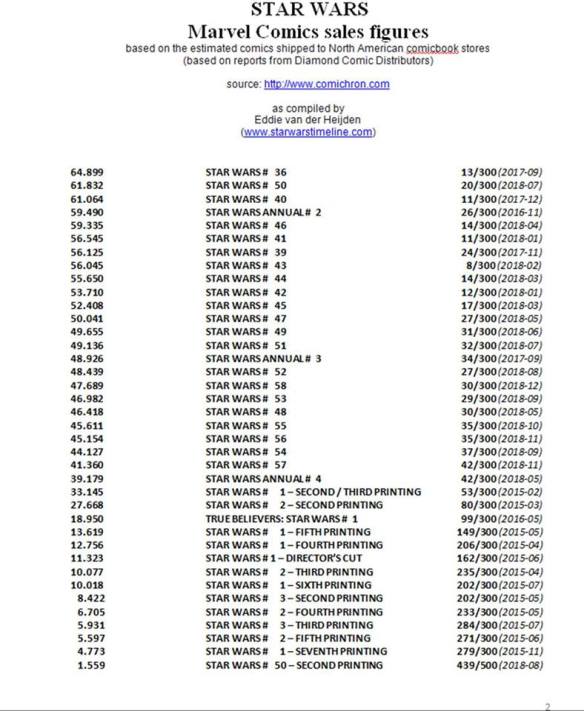 A reader of this blog then offered some further analysis in the way of a spreadsheet, and you can read about that here.

Now comes an interesting series of tweets from Sr. VP of Programming of iHeartMedia, Scott Ryfun.

The Solo adaptation is complete and the average sales were 15,433 per issue.

And these sales aren’t particulalry bolstered by the trades. The latest SW trade debuted at number 6 at 2,693 copies sold. Granted, those are just comic shop sales, but it was still outsold by five other books. And again, digital pulls in about 1/6 of the print sales.