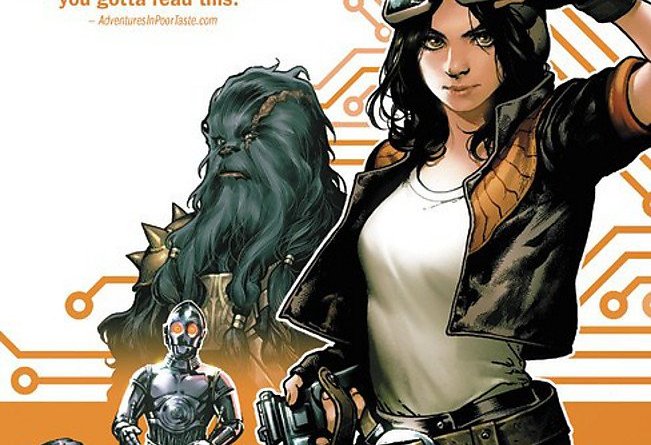 CEO Bob Iger confirmed at their last earnings call that they have more Star Wars series in various forms of development beyond those three we know of. One of those might be very popular with comic fans.

I’ve learned that one of those mystery shows might involve Doctor Aphra. If you’re unfamiliar with her, she’s an insanely-popular character created for the new era of canon Marvel Star Wars comics. It’s not known if it’d be her on solo series, or if she’d be featured in a different series with other characters.

Doctor Aphra worked for Darth Vader in the comics prior to going off on her own, in the post-A New Hope era. She has two really awesome companion droids that are like an evil version of Artoo and Threepio. Think of her as sort of a female Indiana Jones in the Star Wars universe with two homicidal droids backing her up.

This echoes what The Times reported back in October.

Star Wars Unity has a strange understanding of the word popular.  Because the sales for the Doctor Aphra comic book listed on ComicChron don’t exactly indicate popularity.  Sales of Doctor Aphra comic books notoriously slid until the book came to an end.  Maybe having the lesbian archaeologist pretending to be Han Solo had something to do with that.  Or maybe not.