Roy Thomas Reflects on His History & Impact on Comics 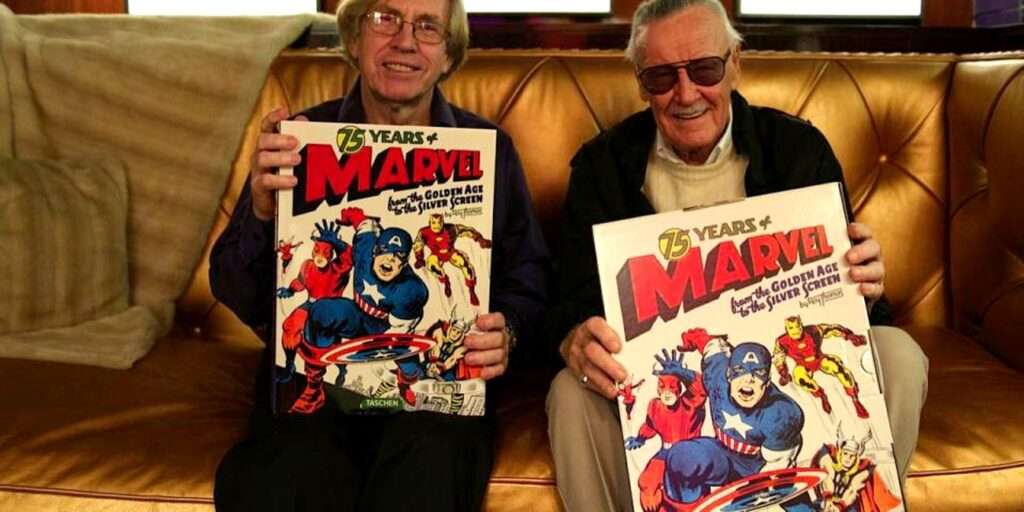 SyFy interviewed Roy Thomas about his life and past career in comicdom, and the comics that influenced his visions going forward, even leading to creating – what else? – The Vision as an Avengers cast member. It also brings up the subject of continuity though, in a very superficial way:

It’s a fair point to argue rather successfully that without Thomas, the interconnected success of the Marvel Cinematic Universe wouldn’t be possible. Not just because of the characters he contributed, but because while he didn’t invent the idea of comics continuity, it was Thomas who made tightly-connected storylines and months-long epics a regular occurrence in comics.

But it was Joe Quesada and Bill Jemas who took to unraveling continuity, along with self-contained storylines, much more than previous editorial staff did. Even if, for about 3 years, Marvel refrained from company wide crossovers while Jemas was around in the early 2000s, they still did more than enough to precipitate the collapse of comprehensive continuities, and it got worse after Jemas left, as then, when Dan Buckley took over, Quesada on his part took to forcing crossovers on the MCU yet again, more heavy-handed than before, starting with Avengers: Disassembled. None of this is brought up by SyFy, predictably.

For Thomas, continuity has always been about having respect for the story and the characters at play. “My feeling has always been, and it’s just my particular feeling,” he says, “Is that if a company and its writers and artists don’t care about continuity, which means the life of their characters in a way and their reality, then why should I care about it as a reader?”

Which is exactly why, within the past 2 decades, many readers stopped caring. The destruction of Peter Parker and Mary Jane Watson’s marriage was just one of the straws breaking the camel’s back, and look where we’ve arrived since, even a few years after MJ was finally brought back into Peter’s world, and Sins Past/One More Day was mostly reversed. Far less people read Marvel/DC, because the majority of the people now in charge don’t care about continuity or characters. Nor do they give a damn about past beliefs given by some notable contributors, such as how change should be consistent with what came before, or even Mark Gruenwald’s point that every character is somebody’s favorite, and you should kill them off lightly and/or ruin their appearances in retrospect. Yet that’s exactly what they’ve been doing, and Obsidian from Infinity Inc, which Thomas co-created, is but one example of this ghastly abuse and victimization at the hands of PC mentality.

“It’s inevitable when you deal with an editor, you’re always gonna be annoyed at him at some stage. I mean, I got mad enough at Stan to want to quit a few times,” Thomas admits. “I think one of the things that Stan did that was a mistake, a flaw in his system, which was otherwise pretty good, because he was an enthusiastic comics pro. He wasn’t blase like a lot of these DC editors were who really would’ve rather been in another field, Stan would’ve too. He wasn’t really a comics fan, but once he was in it, he was a fan. He admired the artists and I think he respected them more than a lot of the DC editors did at that time. But at the same time, because he was so interested in getting things [published] and he had so many things on his mind, he didn’t like when anything got in his way.”

“So if an artist had a different viewpoint and he didn’t like it,” Thomas continues, “He just would kind of run over it or insist it be done his way. And that’s okay. He had the right to do that and maybe he was aesthetically right. And certainly it worked out pretty well for Marvel, but could it have also worked out sometime if the other people had an idea and he had given in a little more.”

Nowadays, it’s far different, where you have editors and other staffers who dislike the products they’re tasked with overseeing prevalent at Marvel as much as at DC. Interesting Thomas should point out there were regrettably some editors at DC who didn’t like the job they were in decades back, because that’s undoubtably how they got ruined in the long run, recalling again the time I’d discovered former DC executive Bob Wayne belittled Supergirl. From what I can tell, Julius Schwartz, Robert Kanigher and Len Wein were among the more dedicated editors (and they had notable creations like Black Canary, Adam Strange and Swamp Thing to their credits), but those who succeeded them in the 1990s were sadly less respectable than before. 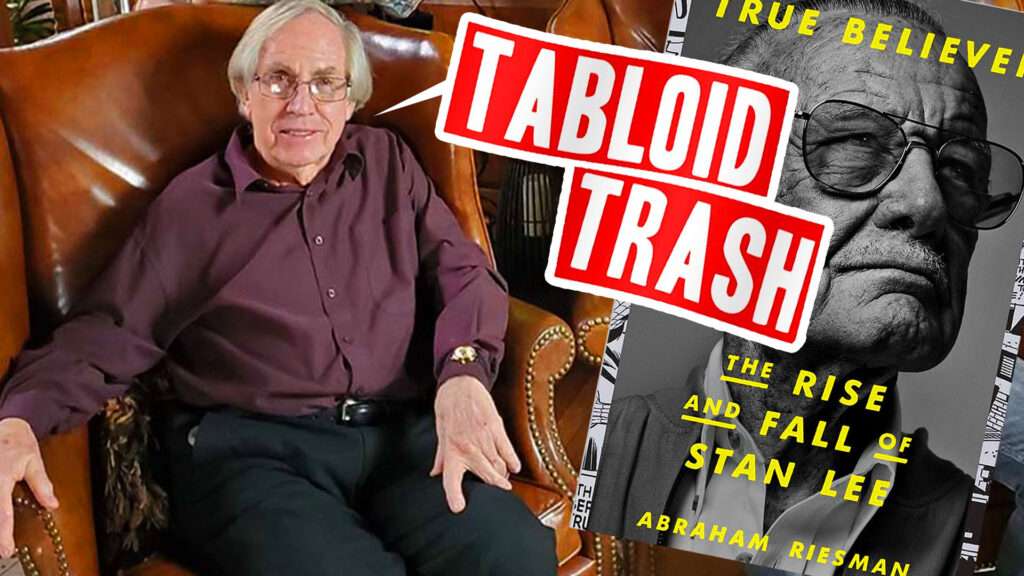 The legacy of his former boss and longtime friend has undergone extensive re-examination in recent years. Several books, including Abraham Riesman’s True Believer: The Rise and Fall of Stan Lee, have taken a harsh stance on Lee’s penchant for self-promotion, accusing him of claiming far too much credit for the creation of Marvel’s stable of characters at the expense of co-creators like Kirby, Ditko, et al. Thomas isn’t having any of that.

“One of the biggest misconceptions somehow is that Stan rode to glory on the backs of various artists. Now, I’d be the last person in the world to claim that he didn’t get the best he could out of Jack Kirby and Steve Ditko and a lot of other people, but it was kind of a coincidence that he managed to get some of the very best and most commercial work out of those people,” Thomas says. “Kirby was never any more successful in comics than he was in that decade or so that he worked with Stan. I was a fan of Steve Ditko before Spider-Man, because I liked the Captain Atom stuff that he had done at Charlton. But if it hadn’t been for Spider-Man and Dr. Strange, I don’t think Steve Ditko would now have a reputation as one of the great comic book artists ever. And I’m saying that as a Steve Ditko fan, too, since I was in my teens.”

As he continues to talk about Lee, Thomas gets more passionate in his defense of the man who he learned so much from. It’s no secret how close the two were. Ever since he passed that writing test and joined the Bullpen in 1965, he has been linked to Lee. Thomas saw him for the last time on November 10, 2018, at Lee’s home in Los Angeles. He died less than 48 hours later.

So when people go after Lee and question his contributions to the Marvel mythos, it’s understandable that his former protégé takes it personally.

“There are people who simply think that Stan came along and that all he did was make up some decent dialogue,” he says. “Stan was the editor. So he had to keep the thing going. There was nobody else. It wasn’t Martin Goodman and it wasn’t even Jack Kirby, who was not a universe builder at that stage. And of course, Stan hadn’t been either. Stan was the guy who was the puppet master of the whole thing, but on more of an instinctual level. He wasn’t setting out to do this, but it grew. And he sort of learned over the period of that first couple of years, what he was doing and what he should do. And he just got better and better and better at it.”

Has Riesman ever apologized for his screed of a book that did no favors for history, and made the journalist out to look like he had nothing more than a pathetic vendetta against Lee over peanuts? If he hasn’t, it’s shameful. Riesman should never do comics coverage ever again if he’s got that kind of ungrateful attitude towards a legend, to say nothing of the women in Lee’s life. 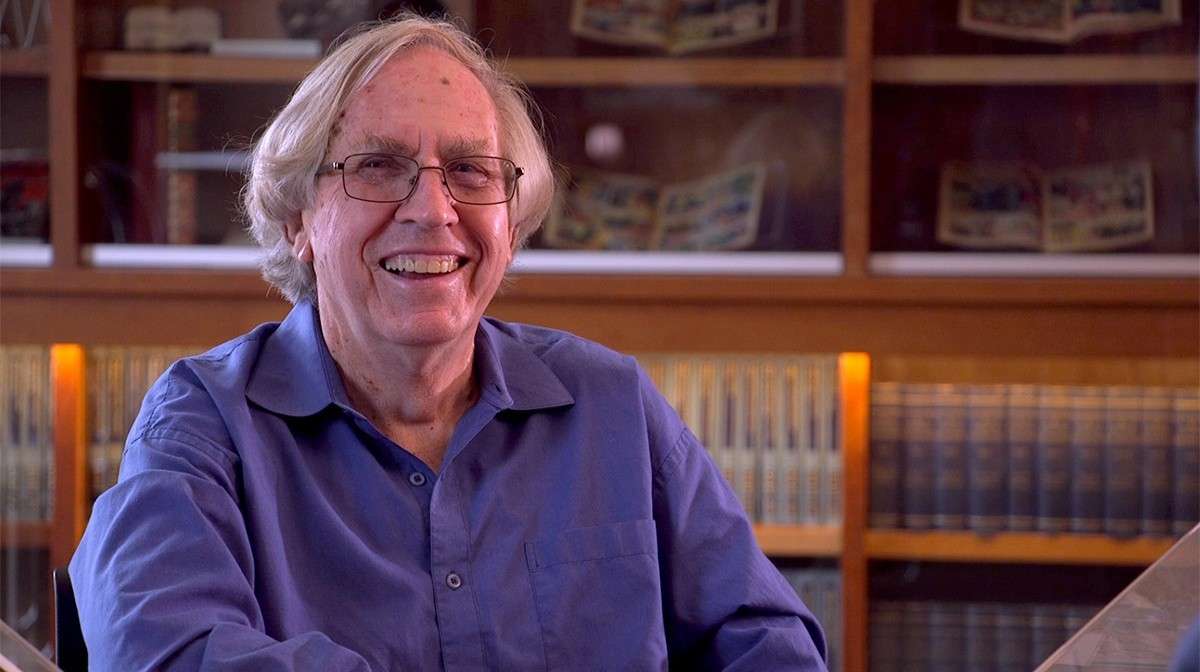 Thomas has done a pretty good job in the time since Lee’s passing at upholding his legacy, even though there’s more he could’ve done to take issue with modern PC advocates who’ve regrettably taken over the industry Thomas worked hard to make enjoyable. If Thomas could just speak out against Marvel for the dire state they’ve put their products into, that could be getting somewhere, and it’s a shame Thomas will likely never be more outspoken about what went wrong since Quesada was in charge.