Via Bounding Into Comics, veteran Roy Thomas did a podcast interview with Fragaboom, citing examples of what he thinks about filmmakers, novelists and even artists from outside comicdom whose skills could be questionable in comparison to “homegrown” talent being chosen for writing assignments:

Of the people who dabble in comics but direct films or write best-selling novels, Thomas said, “Sometimes I want to go for those people’s damn throats because they may be good writers, they may even write good comic books, nothing against them…but I don’t think there’s something automatically superior about somebody simply because he comes in from having written and drawn in some other field.”

He added, “Is an illustrator out of another field better when he comes into comics than a good comic-book artist? Is there any proof that these New York Times best-selling authors would have made up Wolverine, Spider-Man, a lot of the characters us fanboy types made up? I don’t think so.”

Oh, he’s right about that. Nothing makes Kevin Smith automatically superior based on his filmmaking record, and I get the feeling he was one of many people exploiting Stan Lee in his old age (in this case, for a cameo in Mallrats) for infiltrating pop culture circles Smith didn’t belong in. Similar arguments could be made about Brad Meltzer, after the damage he caused even within just a few examples, and I don’t believe Geoff Johns is really a fan of the medium either, if he was going to exploit Green Lantern for pushing his own political agendas. But the early example Thomas cites, of all people, is the late editor Mort Weisinger, co-creator of Aquaman:

Thomas, calling Weisinger a “sadistic” SOB, confirmed a legend that the crusty EIC had fired him “for being a spy.” On the day he gave his two weeks notice, intent on taking a job at Marvel but willing to stick around, Thomas was told to “get out” by a glaring Weisinger.

According to Thomas, Weisinger “despised” comics and “himself for being in it”, despite the money he was making. He longed for his days as an editor of pulp magazines, a medium that he saw as a more upper-class venture.

Weisinger “didn’t have any ambition” to make comics better, said Thomas, and was more interested in milking them of their worth. However, Thomas did give credit where credit is due, and admitted that Weisinger did come up with memorable aspects of Superman’s lore, such as the varying effects of differing shades of kryptonite.

Still, not having “respect for the field he was in,” or even himself, says Thomas, Weisinger often tormented Superman creator Jerry Siegel and Captain Marvel creator Otto Binder by denigrating their work and scripts.

Among his favored tactics were using a sign he hung in the back of the office to constantly remind them that they ‘wrote for 8-year-olds’, and passing scripts of theirs he rejected to other writers the following day.

Thomas recounted DC editors often thought God anointed them, and that Mort Weisinger was the worst. He reduced Thomas to tears at times, but the afflicted junior editor and writer recalled that he was determined to hold on because he wanted to work in comics.

I did read earlier allegations from Jim Shooter, for example, that Weisinger was that kind of jerk who really thought so little of the medium he was working in, and didn’t have the courage to come up with Black cast members because he was afraid distributors in the southern states wouldn’t carry the books he oversaw. Obviously, that’s a shame he for one didn’t have the guts to push boundaries the right way, and if he was unfair to creators he oversaw, not the least being Siegel and Shuster themselves. 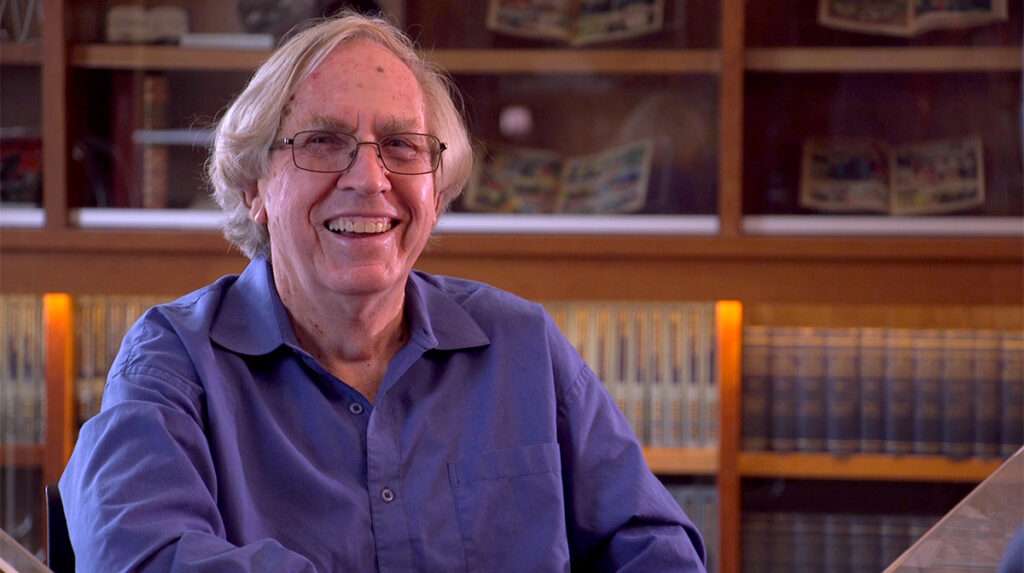 But if Thomas thinks Weisinger was a dismay, he should take a good look at J. Michael Straczynski, somebody else who may have begun in comicdom (and animation) with at least a handful of stories in the mid-80s, went on to work on TV and films (Babylon 5), and when he became more active in comics again in the late 90s, he didn’t seem like somebody who really cared about the medium, save for a conduit to channel his dreadful leftist politics along with the poor storytelling he forced into Spider-Man, and later Superman and Thor. In a few decades, few are bound to speak positively of what influence JMS had on storytelling in his time. An almost hilarious opposite of Weisinger’s argument they were writing for 8-year-olds is that later, when Dan DiDio undeservedly became EIC, they claimed they were writing for readers well over 40. It may not have been a good to say one’s only writing for children, but to take it that far in the opposite direction is equally insulting to the intellect.

On the other hand, Thomas spoke far more favorably of Stan Lee:

The difference between Weisinger and Stan Lee as a boss was night and day, Thomas recalled. Lee was “positive and he was enthusiastic”, with Thomas noting that the two had “a good relationship.”

Thomas would then reveal, what may come as a shock to many, that he and Lee didn’t always agree. In his mind, Lee would have done something else outside of comics if he could have.

He believes Lee’s experience in the Depression, shared by several Golden Age comic pros, made him grateful to have a job – one he stuck with and made a phenomenon.

And by the time Lee was gone, it’s clear he was proud of what he could do in his time. Which is saying far more than you could about today’s hack writers. Of course, I’m sure Thomas and Lee had their fallouts – let’s remember the former later went off to work for DC in the 80s before returning at the end of the decade (although it was mainly because he disagreed with Shooter at that point) – and Lee obviously was never a saint, but their relations clearly went much more smoothly than they did with somebody like Weisinger.

In the end, I’m glad Thomas brought this all up, because since the turn of the century, comicdom’s been relying too heavily on “outsiders” with no genuine dedication to the art form, and this has had a ruinous effect, especially when the outsiders in question are ideologically influenced by the far-left and communists/socialists. People who’ve practically shunned Thomas himself, and likely won’t honor his memory when he’s long gone.