Ronin Approach: How We Achieved Crowdfunding Success in a Culture War

In this polarized culture war hellscape, is it possible for creative work to thrive without pledging allegiance to a particular tribe or movement?

Come along and find out. There’s a happy ending!

We’ve certainly appeared to pay a price for our impertinence. Pre-COVID, Liz & I were excised from conventions we had faithfully attended for 12 years. Losing viable access to Kickstarter may be the most recent example of under-the-table cancel shenanigans.

Despite a track record of 100% successfully fulfilled campaigns, Kickstarter de-verified our identity as we prepared to launch Dreamkeepers Volume 5. Their website, across multiple different browsers and devices, had a persistent glitch that barred us from re-entering that info, and a support ticket went unanswered for a week only to come back with blatantly copy/pasted corporate-speak on an unrelated topic.

To a person, every professional in the crowdfunding field has told me they’ve never heard of something like this happening before. Although we wouldn’t be the first folks to be targeted with shenanigans by Kickstarter staff.

Over on the other side of the aisle, what about the notorious industry breakaway “Comicsgate?” How does one rush to curry favor with the gatekeepers of the anti-gatekeeper movement? Probably not like this!

I can’t expect a croak of support from the movement that sells itself as supporting indie comics if I’m going to call them out. Maybe they’ll prove me wrong.

So, back to the question.

What chance does an unsanctioned series have, a ronin creative franchise that wanders the world without a master? 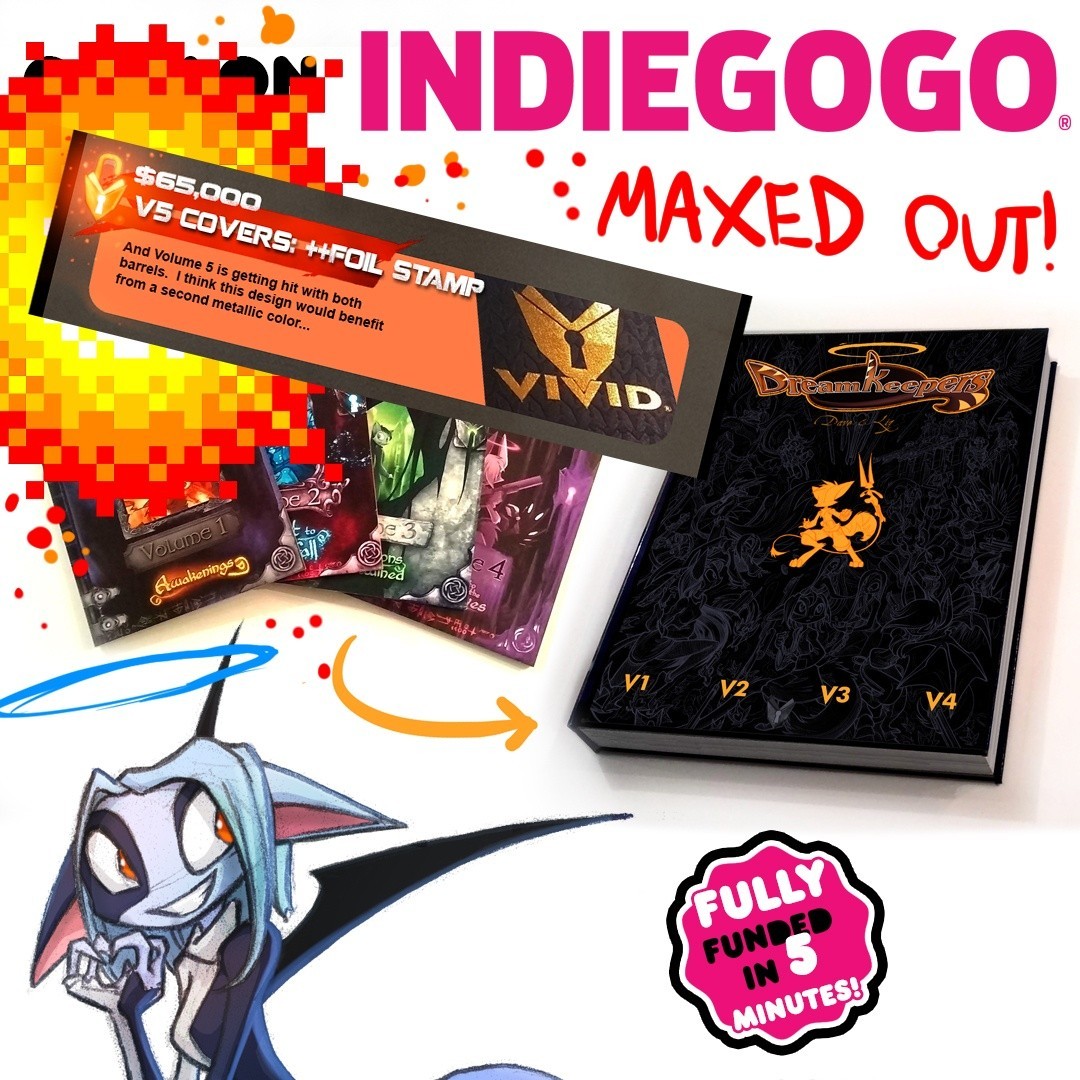 My campaign for Dreamkeepers Volume 5 is having utterly explosive success on IndieGoGo. Our $17,500 goal was fully funded less than five minutes from launch, and the campaign continues to blast through stretch goals like a bullet in a balloon factory, including the gargantuan Volumes 1-4 Omnibus collection.

Double foil stamps, debossing, hardcover, gold-gilt pages, and far more have been ensured, turning these tomes into treasure testaments that puts the mainstream to shame. 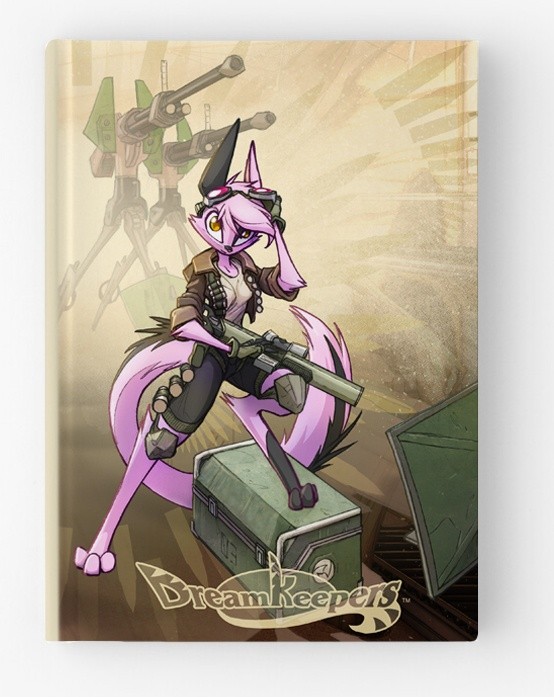 Backers will be immersed in their new book by a professionally composed soundtrack, with the primary track recorded by a live orchestra in Budapest. There’s much more – the playable video game demo, for one – but before I go on…

How was this achieved without support from either the mainstream or its self-appointed counterculture? To be honest, I’m not entirely certain myself. So I must give credit to the readers, because every pledge making this possible is entirely due to their discretion.

A few things seem to have helped:

The crew at Cryptocomics gave us a live launch stream, where we watched the campaign burst to life in real time.

To compensate for algorithmic suppression, we’ve been developing a presence on multiple platforms, as well as a dedicated e-mail newsletter that cuts through the silicon valley mischief.

But the biggest, least glamorous culprit:

At Vivid we’ve done our best to focus on good work, good people, and fun, for years. And over time, that sort of focus builds into something awesome and unstoppable.

Consider this your formal invitation to see why the Dreamkeepers readership is so eager to support our latest installment. This campaign offers the glimmering 500+ page full color Volumes 1-4 Omnibus, without question the most luxurious way for new readers to jump into our totally original fantasy universe. Only days remaining in the campaign, so if you want to back, back now: 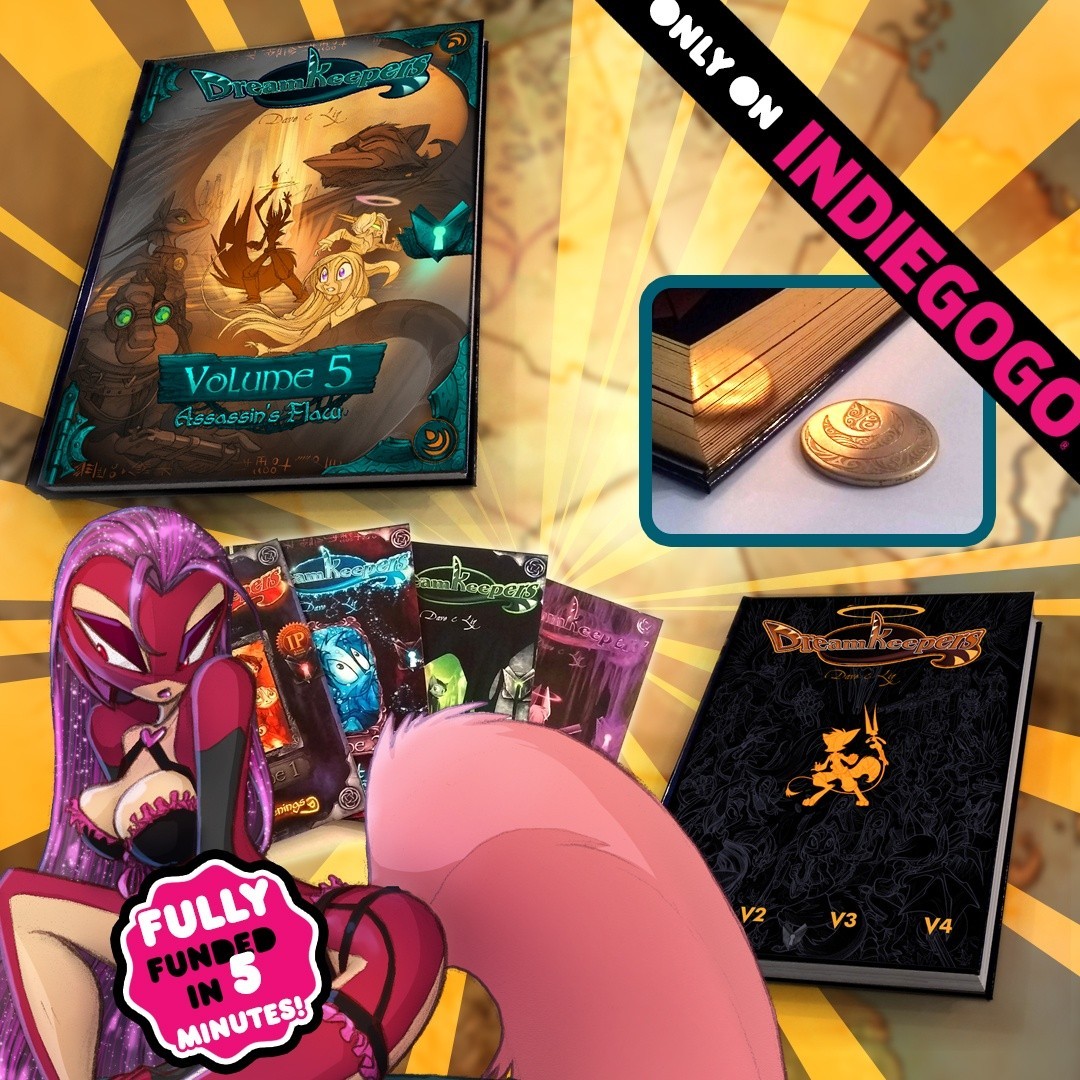 The steadfast support of readers has unlocked a spinoff novel, a tabletop game, a soundtrack, the continuation of the story, and the beginnings of a video game adaptation using our own proprietary engine. All without pledging loyalty to any of the gangs that claim relevance in the culture war landscape.

If you take away anything from this article, (Aside from a gold gilt hardcover Omnibus), it should be this:

You don’t have to bend the knee to anyone. Build yourself, build your abilities, and year after year, share with the people who care about those things.