Rob Liefeld Sides With the SJWs. Is This a Surprise? (OP-ED)

Honestly, if you know how pretentious Liefeld already was over 2 decades ago, you aren’t surprised. Here’s a recent reply tweet he wrote to one of the awful men who’ve been writing false, defamatory tweets against Ethan Van Sciver without offering up any convincing evidence like screenshots:

Darryl, I have read about your situation. I’m sorry you have been harassed in any way. You have my support.

Have you seen this, Rob? 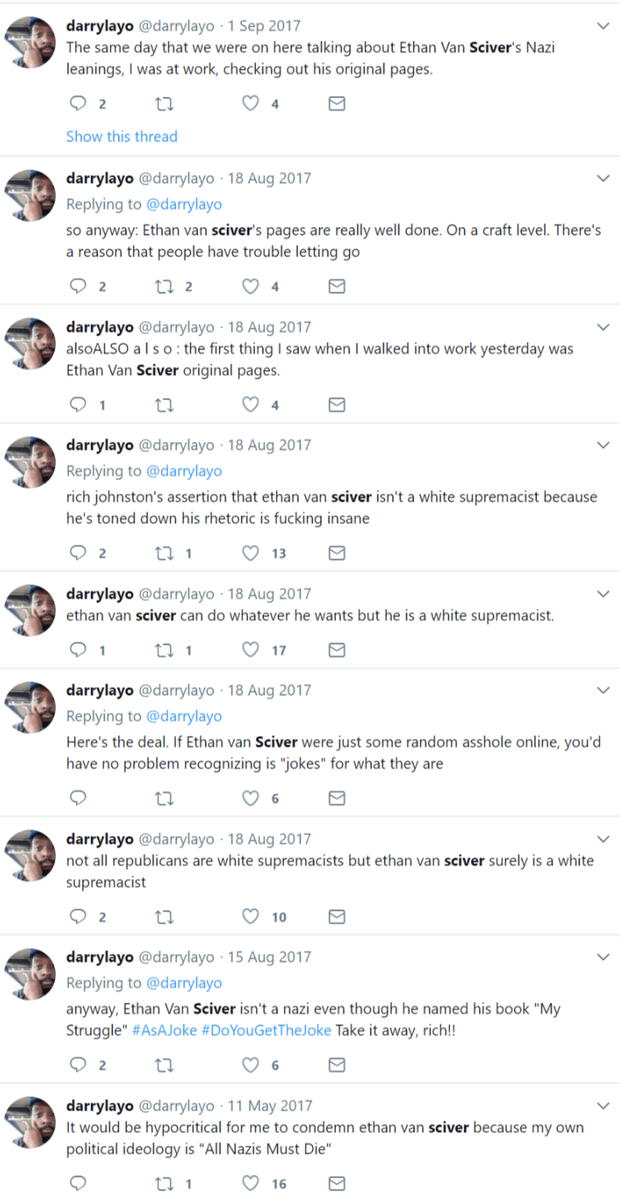 One of the reasons why I’m personally not shocked that Liefeld would join the toxic creators on the “bad” side of the spectrum here – his support for better artists like J. Scott Campbell notwithstanding – is because, in a manner of speaking, he was a precursor to some of the artists offering dumbed-down illustration work these days to the mainstream publishers. Derivative, sloppy character designs and anatomy, and the books he put out like Youngblood were otherwise a disaster that never got very far, even with some of the writing talent he arranged to work on his books. Most other artists at Image were far better than him, including those contributing to Top Cow. 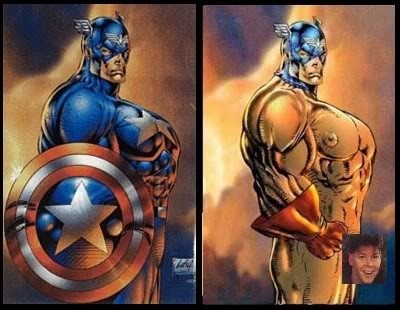 I can’t forget the horrific artwork I looked at in excerpts from the Heroes Reborn stories he wrote in 1996, including Captain America looking like a balloon or a short-haired woman, Scarlet Witch looking like a transvestite, and even his disgusting artwork in his work on the Teen Titans book from the mid-2000s, where he made Cassie Sandsmark/Wonder Girl look like she had no neck; the artwork there looked obnoxious (and yes, that was proof DC was still capable of hiring Liefeld, no matter how poor his art truly is). And there was also that time he made a vulgar comment about the audience who saw Batman v Superman two years ago, which was uncalled for, and did no favors for his reputation.

Stop making excuses for this piss poor stupid movie. Just embrace that you love it like the OJ Jury loved the Juice. #blindedbylove

@WritingLeeman don’t attempt to lecture me. Likely blocking you.

Judging from this, it’s no surprise he’d side with SJWs and victimologists, nor if they consider him an ideal artist, based on how terrible his art truly is. I vaguely remember reading that when Marvel wanted to reduce salaries in the late ’90s, presumably based on how the Heroes Reborn books weren’t doing well, Jim Lee was willing to allow that, but Liefeld refused. I think that too says everything we need to know about what kind of “artist” Liefeld really is.

So should we be surprised he’d take a stand that hurts an artist for all the wrong reasons? No. If anything, it suggests Liefeld today is jealous his “fame” did not last, and it goes without saying some publishers made a mockery of themselves by hiring him for anything. By all means, his career should be washed up, and this’ll probably ensure it. He did get quite a bit of protests from other tweeters trying to show him why that Ayo character is the real villain of the whole affair, though it’s not clear so far if he quietly dropped the subject, which he’d be strongly advised to do if he wants to avoid the embarrassment over his ill-advised support for the man.

Massive fan here Mr Liefeld. Do not trust Darryl Ayo. He campaigned for 6 months calling Ethan Van Sciver a Nazi in an attempt to get him fired simply because Ethan is an Out Republican. Now he’s claiming harassment when ETHAN was the one who was bullied off twitter.

EVS replied: Well, that's not what this would have been, Darryl. It would have been a conversation between you and Jon Malin about this situation. And what you say tomorrow is far less interesting that what you might have said when it counted, which was an hour ago. Sorry.

The industry ruined themselves by sticking with Liefeld, and the speculator market made things worse. They’re still doing the same with SJW-catering art, and if they really want to turn the situation around, they’d be advised to distance themselves from both Liefeld and other bad artists with otherwise unappealing styles.

Richard Meyer of Diversity & Comics has also weighed in on this situation.

Got a ton of admiration for @darrylayo. Always intelligent, always straightforward and honest.