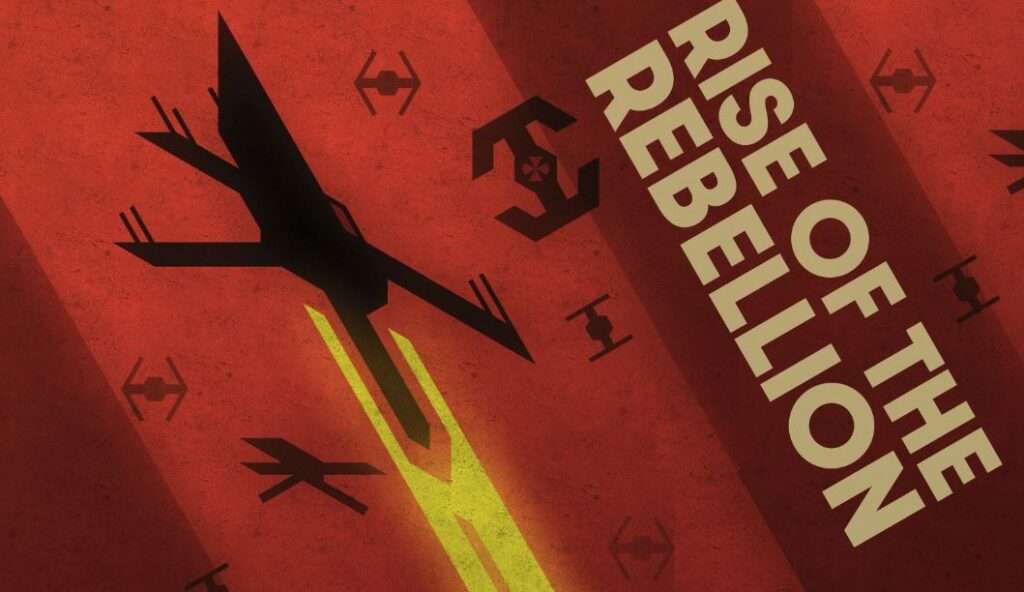 For one, they’re all men. They offer spicy and spot-on critiques of pop culture, particularly Disney’s Star Wars brand. And most of them don’t really care for much of what Disney has been offering in the galaxy far, far away, but they all used to.

They’ve also been ridiculously smeared by claims that they are associated with white supremacy or alt-right by a slanderous new podcast by a feminist who can’t tell the difference between salty criticism and hatred. 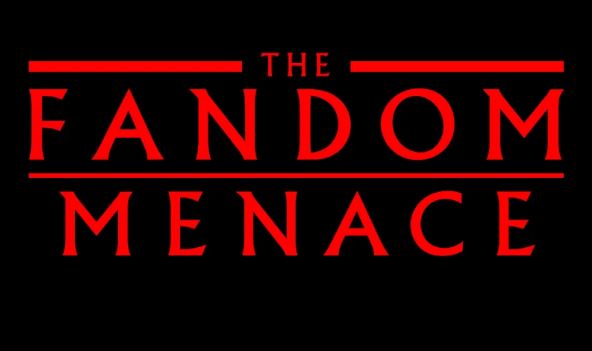 In other words, the Fandom Menace has effectively won.

A relatively unknown feminist podcast calling itself Rewriting Ripley, recently made a pathetic attempt to reduce any critics of Star Wars to “white supremacists.” This has become the go-to method of choice which pro-Disney shills and advocates have begun to conduct whenever there has been any discussion about the Disney trilogy. Supporters have to smear because they know that, if there were a honest debate about it, they would get crushed. They have no argument. The Sequel Trilogy is objectively bad, even compared to the prequels.

In a recent tweet, they posted a cobbled together video clip that blames YouTubers like Geeks & Gamers, Nerdrotic, World Class Bullshitters, Tim Pool, The Quartering, Ryan Kinel, Drunk 3PO, Robot Head, Ethan Van Sciver, Mr. H Reviews, SC Reviews, and many others who have others who have accurately reported on merchandise sales for the Disney trilogy dropping, Lucasfilm staffers acting antagonistically towards fans online, and frequently sharing their own blistering critiques of the films.

Aided by an analysis of over 1M tweets&1K YouTube videos, this is the full story of alt-right radicalization in the Star Wars fandom.

In a healthy fandom, people can disagree about the results, the characters, the stories, the films. Star Wars fans are all brought together through their mutual love of the adventures in a galaxy far, far away… but like every fanhood, not everyone is always on exactly the same page. Some enthusiasts love one aspect of the movies, and until recently there’s usually been an equally-sized group of others who couldn’t more wholeheartedly disagree with them. These kinds of internal debates have been going on for years and years, covering a wide variety of subjects.

But now, it does appear, that defenders of the Sequel Trilogy are using dishonest manipulation to damage people’s reputations would cost any normal reporter their job. Instead, outlets like this podcast, and shill sights like Screenrant, and many others – will be rewarded, elevated and offered many opportunities for their willingness to twist the truth in order to stop people from speaking truth. They know this. That’s why they do it. 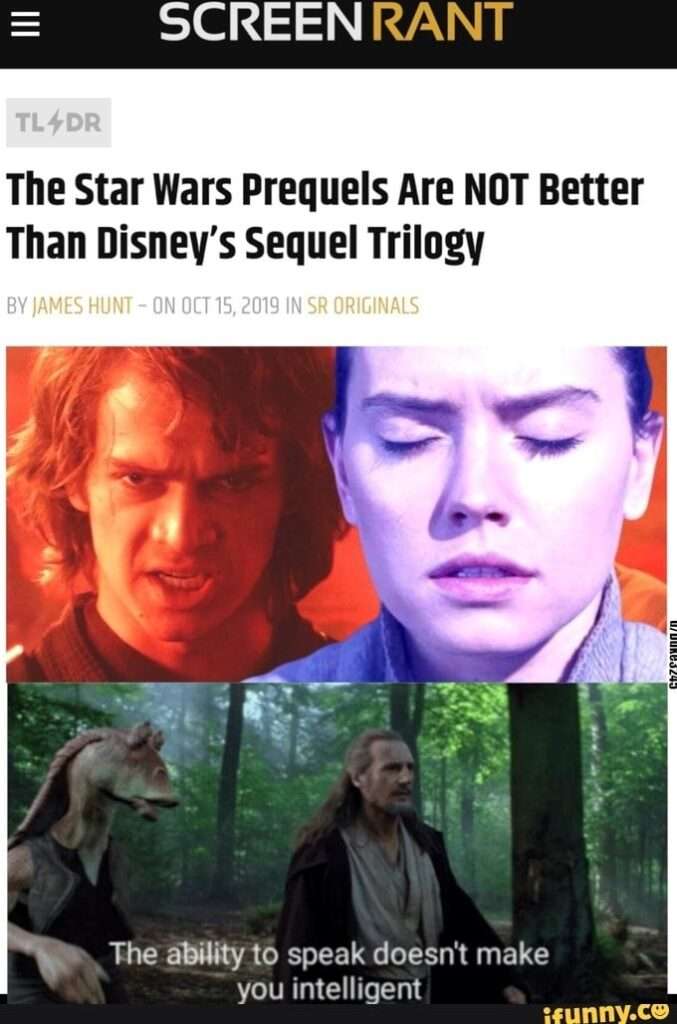 A normal pop culture fan’s inability to see the world clearly is the primary obstacle preventing all of us from using the power of our numbers to force real change to avert the manifold crises that western civilization is now approaching, and instead of helping people see clearly these perception managers are helping to tie the blindfold.

But the fact is, a massive global media Empire, headed by Disney, wants to snuff out dissident voices  that point out their failures and flaws. There’s free speech in America, and Disney doesn’t like that, and neither do their acolytes. There are literally dozens, if not hundreds, of media outlets and “critics” who regularly read the Disney press releases as though they are reporting or reviewing Disney’s products. Criticism of the House of Mouse is verboten as far as they’re concerned. 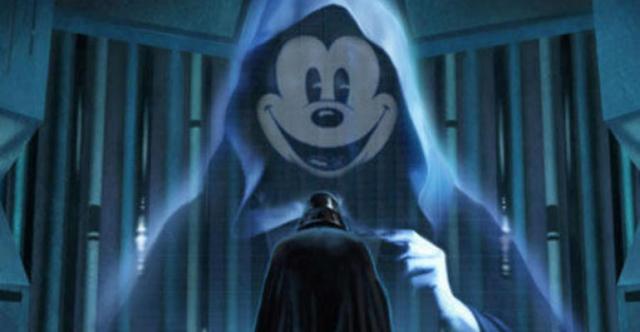 But let’s face it. The Last Jedi sucked, and The Rise of Skywalker was a complete mess. If only a few voices are willing to point that out, then those voices will be elevated by a population of consumers who are not willing to be gaslit by  Disney sycophants. A culture war is waging, and these voices on the internet, who are clearly a very vocal minority, are simply not going away. You may strike them off Youtube, but they will only become more powerful, and move to Gab, Brighteon, Rumble, Odyssey, Bitchute, Minds, Locals, STelegram, MeWe, Parler, Clouthub, et al.

We are not alone. Several other commentators have also responded:

Follow these commentators, sub to websites like this one, Bounding Into Comics, Cosmic Book News, Critcal Blast, and others that offer their honest opinions about pop culture. We aren’t being promised tickets to Disneyland.

Welcome to the Rebellion.