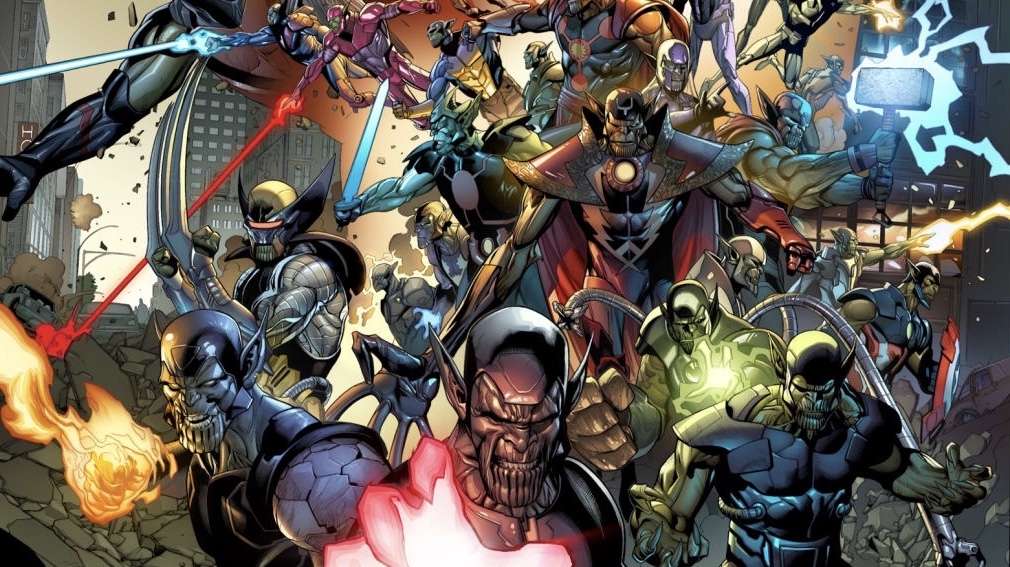 IGN is fawning all over the news, without a trace of objectivity in their coverage, of a sequel to the 2008 Secret Invasion comics crossover:

14 years ago, Marvel’s comic book line was dominated by a massive crossover called Secret Invasion. In this story, the Avengers learn too late that the shape-shifting Skrulls have spent years kidnapping and replacing key figures across the world, all to pave the way for a complete takeover of Earth. Our heroes managed to save the day, but not without a heavy cost. And it seems the Skrulls are ready to try again.

Even as Marvel Studios adapts Secret Invasion for the MCU, Marvel Comics is revisiting this iconic storyline in a new limited series from writer Ryan North (The Unbeatable Squirrel Girl) and artist Francesco Mobili (Daredevil). This sequel once again deals with the Skrulls making a power play for Earth, but pretty much everything else about this Secret Invasion is different. […]

No, everything’s pretty much the same, substituting a gimmick instead of good storytelling. And what’s so iconic about it? Their excuse this time is that it’s allegedly self-contained in a 5-part miniseries:

The fact that this new series shares the same title as the original crossover may lead Marvel readers to assume it’s a reboot or re-imagining rather than a direct sequel. However, the new Secret Invasion is a continuation of the original, even if it’s also designed to be read and enjoyed as a standalone story. 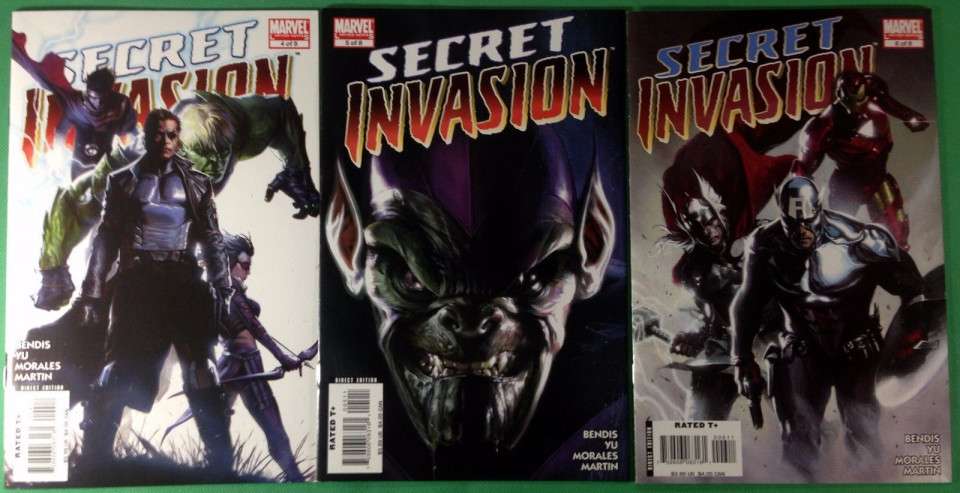 “It’s a sequel in that it takes place in the same Marvel Universe as the first one and everyone in the story remembers the first one happening, but it’s more of a standalone story because they’ve all learned from that adventure and aren’t interested in seeing it go the same way twice, where they almost lose the Earth to alien invaders,” North tells IGN. “You don’t have to have any of the 2008 series to enjoy this, of course – the book tells you all you need to know – but if you have there’s a few little callbacks you’ll catch.”

It’s no use. They’re still building on a terrible, overrated project from the late 2000s, little more than an excuse to spotlight the Skrulls again without relying on talented craftsmanship. Oh, and look what else is told:

There will be at least one iconic Avenger playing a prominent role in the series, however. Like the original Secret Invasion, Iron Man is a major figure in the conflict, even if he isn’t Director of SHIELD this time around. North explains that Tony Stark was a natural choice to accompany Maria Hill and Nick Fury for this espionage tale.

“Honestly, Tony’s always been at least espionage-adjacent, and I love both him and how he interacts with Maria, so including him was a pretty obvious first stop for me. I think all I want to say is that he’s got an unexpected role in this story. That way, if you think he’s a Skrull I’m denying it, and if you think he’s not a Skrull then I’m denying that too. I’m just over here like a true spy, answering your questions with non-answers that only raise more questions.”

Well then, that’s all we need to know this could be deceiving readers into buying something that’ll end up being as much a ripoff as the first one, which didn’t improve Marvel’s erosion of talent under Joe Quesada. And the fluff-coating continues:

Secret Invasion may have paid off on several years’ worth of plot points in books like New Avengers, but the series was also notable for setting up Dark Reign, a prolonged storyline where Norman Osborn replaced Iron Man as the top cop of the Marvel Universe. According to North, the new series won’t have quite as dramatic an impact on the wider Marvel Universe, but there will definitely be ramifications.

Which is decidedly one more clue why it’s better to stay away. 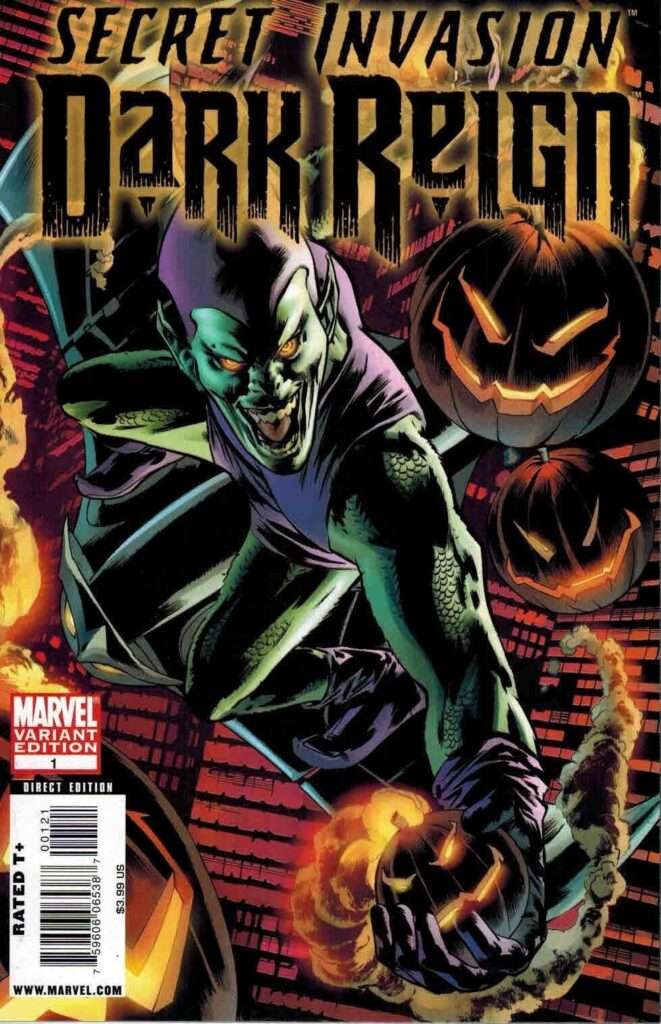 Why, the very mention of a story with a title like Dark Reign further explains what’s wrong with this – the insufferable emphasis on darkness that’s become the norm for years now. And why are we expected to consider it such a big deal that a villain like Osborn, alias the Green Goblin, would become such a major player in a mega-event that was part of a continuing problem with mainstream superhero tales in modern times?

This is just another example of the MSM refusing to take an objective view of event storytelling told for the sake of publicity, without guaranteeing the story has serious merit. And all without questioning whether universe-spanning crossovers are an unhealthy influence either. It’s practically why you should avoid these upcoming storylines, since they don’t age well.