Ridiculous: Scarlet Witch’s Portrayal in ‘House of M’ is NOT ‘Classic’

A writer at Laughing Place is fawning over one of Marvel’s worst events of the mid-2000s, House of M, penned as it was by the awful Brian Michael Bendis, and picked Scarlet Witch’s utterance of “no more mutants” as a most fabulous moment:

Wanda is one of the most powerful characters the Marvel Universe has to offer, but she’s never exactly been what you would consider stable. In the “House of M” story arc, she creates an alternate reality and takes all of your favorite heroes with her. That is, until she becomes infuriated with the idea of being a “freak” and utters the aforementioned phrase. The result is a return to the natural timeline with the number of mutants being reduced from millions to hundreds.

This is such an important moment in marvel history because it shows just how powerful the Scarlet Witch really is. There are a lot of powerful characters with various magical abilities in the Marvel Universe, but this moment shows that Wanda is right up near the top of that list. It also means she can’t really be fully trusted by either the Avengers or the X-Men.

So I guess if she’d killed Jack of Hearts in Avengers: Disassembled, that would’ve been spectacular too, huh?

Clearly, it makes no difference to the writer whether Wanda was depicted as a criminal, as a crazy basket case, or both. All that matters is that she do a deed, no matter how reprehensible, and that alone is worthy of high praise, not whether she’s actually effective in combat against villains of varying degrees of challenge. And it’s inaccurate to say this was all an X-Men story, since the Avengers were also involved, droning on and on about whether Wanda should be shut down or something, before all this trivial plot for erasing mutants comes around. 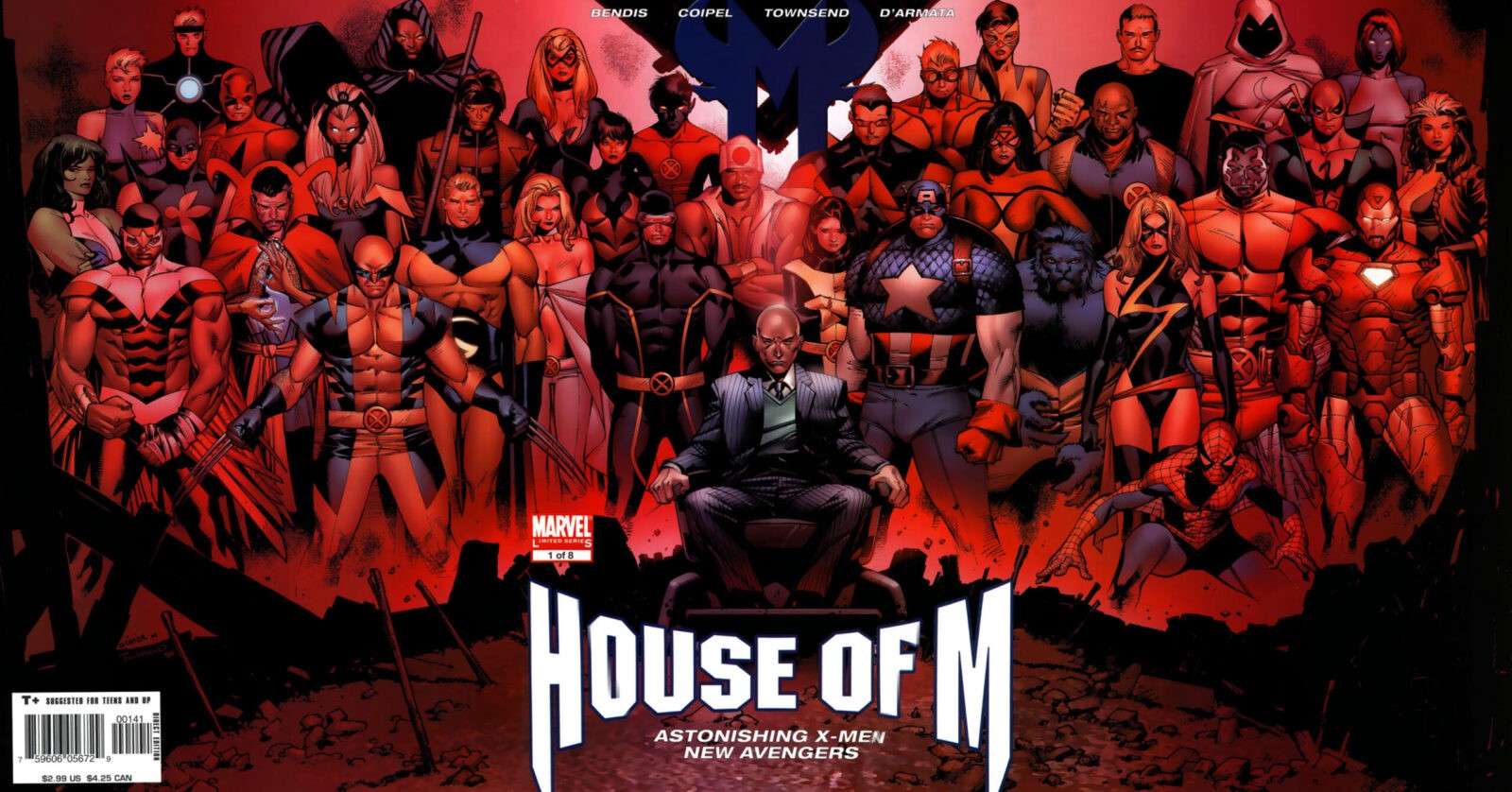 It’s telling when the columnist makes her out to be an insane crook, as though she’d always been one, and could never ever reform, as she did by the 11th issues of X-Men and Avengers, when she and her brother Quicksilver broke away from Magneto and applied for the latter team. Nor could the two twins ever mend fences for going back to crooked activities as Pietro did in the late 80s, following a breakup with Crystal of the Inhumans, and Wanda did in 1990, when she did get her brain scrambled. More precisely, the writer is implying he considers it preferable they remain criminals and can never reform, which is better than the other way around. 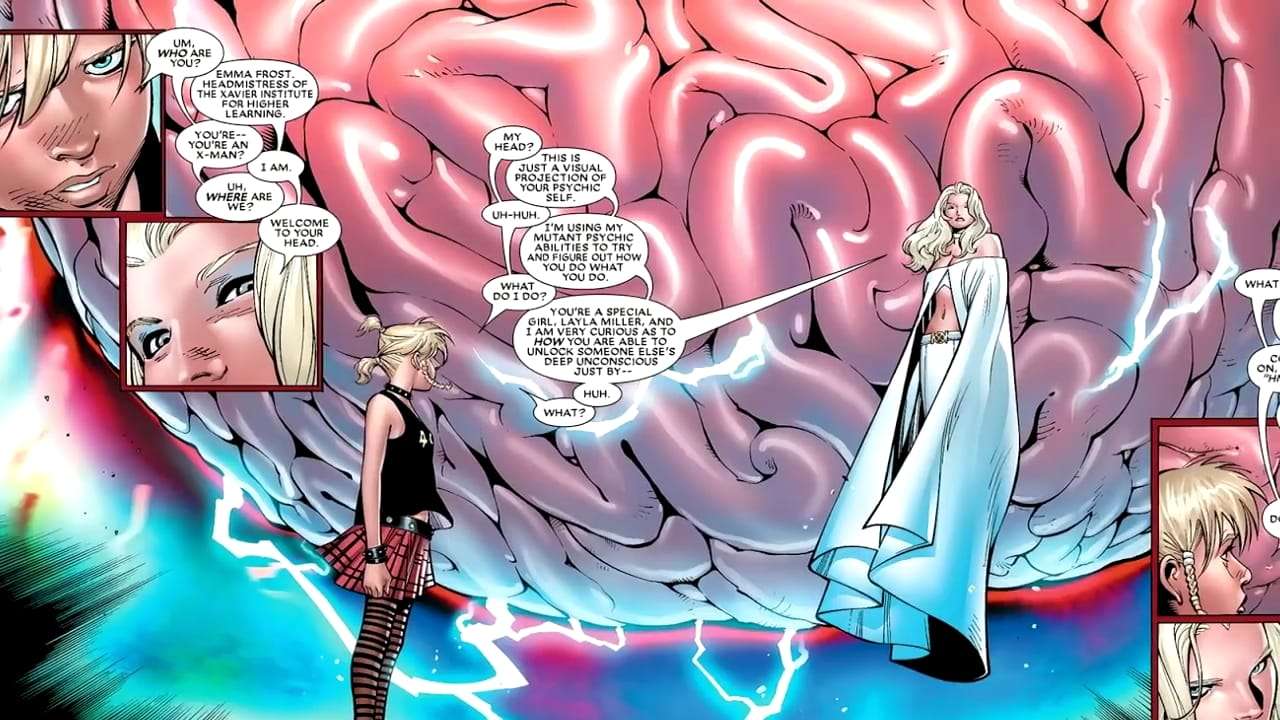 And seriously, Scarlet Witch is one of the “most powerful” Marvel cast members? I must’ve missed all those moments where she could lift giant boulders and tanks just like Thor, Luke Cage, Hulk and She-Hulk could. She was never on the exact same level as Dr. Strange was either, even as, by the Bronze Age, she was depicted as improving in her battle skills. In any of the material where I did read her adventures, I sure don’t recall her being nearly powerful enough to be immortal or cause skyscrapers to literally bend out of shape or melt, or turn humans into kangaroos and elephants, nor did she ever warp reality as seen around House of M.

This is all a huge exaggeration, in much the same way as Carol Danvers was promoted as surely the most powerful character in the Marvel universe for the sake of the movies, which teetered on the verge of making her into a Mary Sue. Wanda’s powers, up to the early 2000s, could affect probabilities in random circumstances, something entirely ignored in this pedestrian article. 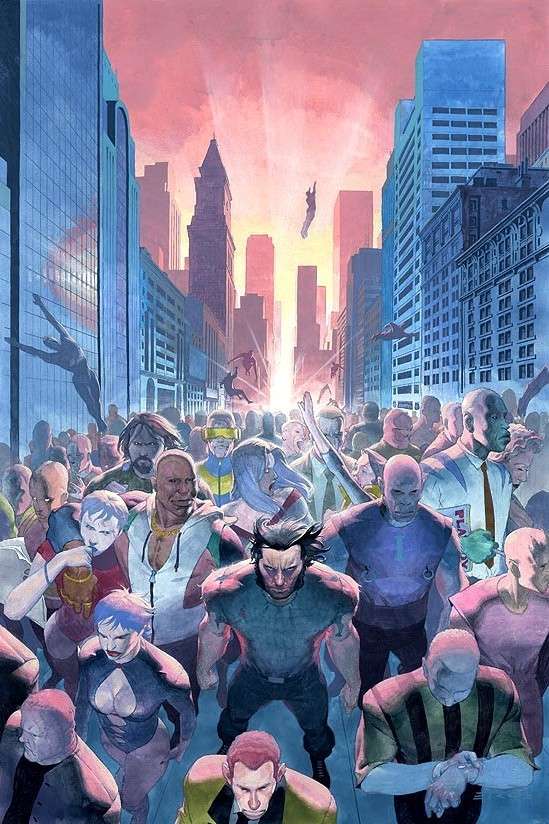 Most offensive of all is the writer’s biased decision to damn Stan Lee and Jack Kirby’s creation as inherently evil, virtually untrustworthy and unqualified to reform. He even ignores Mark Gruenwald’s famous argument “every character is someone else’s favorite. You shouldn’t just kill them off lightly, or ruin their appearances in retrospect.” Yet this is exactly what modern ingrates are doing. This certainly proves they’re not Lee/Kirby fans, or they wouldn’t be going miles out of their way to act like fictional characters he created are real life people, which they’re not. If it turns out the Laughing Place writer will be viewing Wandavision on Disney Plus, that’ll turn the site’s contributors into Hilarious Place for all the wrong reasons.