Review: ‘Star Trek: Discovery’ Have the ‘Haters’ Actually Watched It?

Warning: Some spoilers ahead!

No, I ain’t paying for it, but I did buckle down to binge watch Star Trek: Discovery after signing up for the CBS All Access one-week free trial.

I had and have read a lot of hate regarding the series: “It’s not ‘Star Trek.'” “It’s too SJW.” “It doesn’t follow canon.” etc. To be sure, during the first season when the cast of the show was photographed kneeling in support of Colin Kaepernick and his acolytes, I thought “Here we go …” (It remains a big reason I won’t shell out even six bucks for a month to watch the show at my leisure.)

But the final verdict is … the show is actually pretty good.

I admit the first episode — which aired on CBS TV — made me skeptical. A Starfleet first officer mutinying because her Vulcan step-father (the same Vulcans who’re part of the Federation) told her to?? Thankfully, the rest of season one did not follow suit. 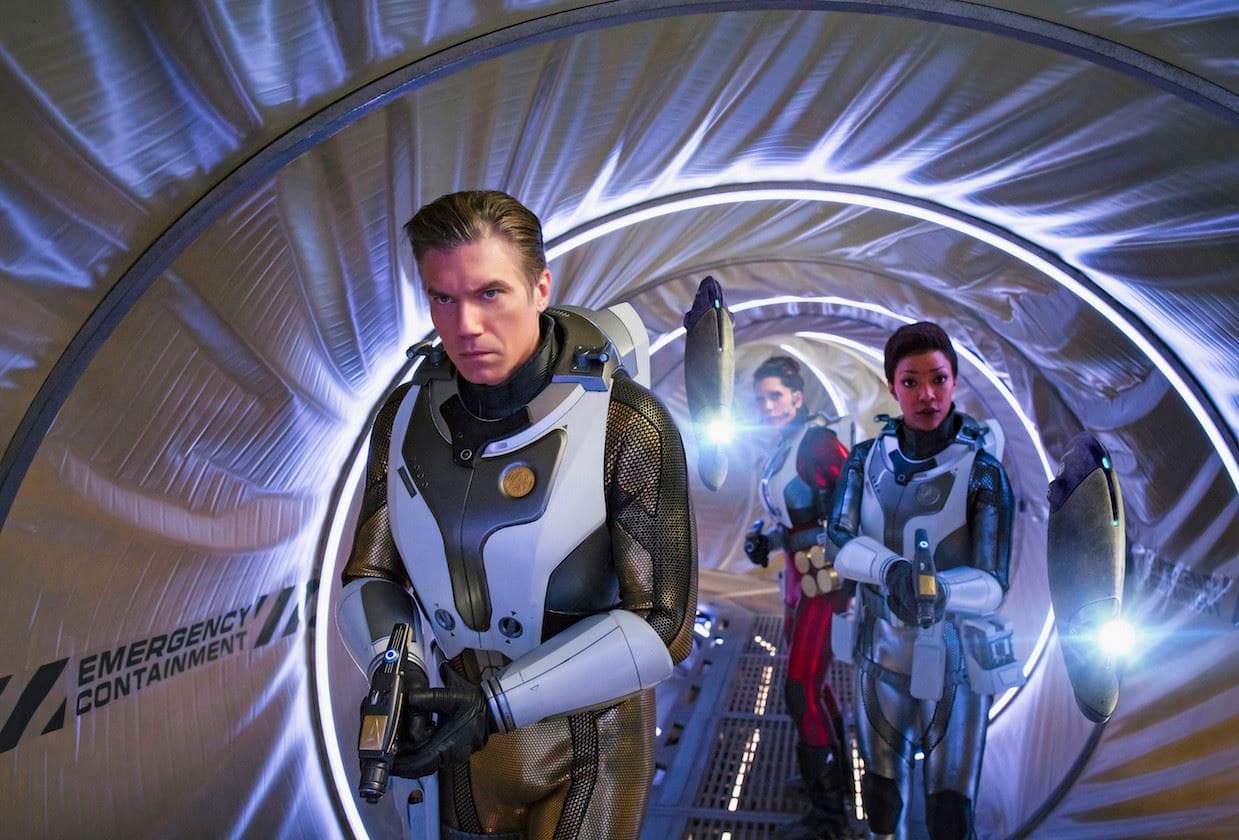 If you’re looking for stand-alone episodes that were the staple of previous incarnations of Trek, Discovery isn’t going to be for you. Both seasons are like the third season of Enterprise — all connected with a common purpose. Season one deals with the Federation’s war with the Klingons; this is something we never really saw in Star Trek (TOS), and the warrior race’s sheer brutality wasn’t very evident in previous series. Well, not like this. Shazad Latif’s Ash unwittingly becomes a Klingon agent after spending months in one of their prisons, and this has serious repercussions (good and bad).

One of the big complaints when the first images of the series came out was the reimagined appearance of the Klingons. “They look too different!” people complained. No, they don’t. They look different from the Star Trek: The Motion Picture-through-Enterprise series, sure, but not overly so. In fact, they appear very similar to the Klingons from the rebooted (Kelvin timeline) Star Trek (hold that thought, too). I really dug how we see aspects of the Federation-Klingon War to which we’ve never really been treated, and how the warrior race typically speaks in all-Klingon on the show.

Season two centers around something called the Red Angel, an enigmatic being that has appeared at various locales around Federation space. It turns out be a time-traveling Gabrielle Burnham, the mother of the show’s protagonist Michael Burnham (Sonequa Martin-Green) who is desperately trying to prevent the annihilation of all sentient life in the galaxy.

I’ve read complaints that Discovery doesn’t follow Star Trek canon; this is bullshit. If anything, the show goes out of its way to make connections to canon. Section 31 occupies a huge part of both seasons’ stories. The Mirror Universe plays a key role in season one. Christopher Pike gets a temporary assignment as captain of the Discovery. Talos IV is visited in season two. Etcetera. Similar complaints were made about Enterprise, and we got over those. Sure, we’ve never heard of a spore-drive before, but so what? The Discovery is a secret science vessel which is testing out a new propulsion system. And if you’ve seen the show, it’s easy to surmise why Starfleet doesn’t use this drive today. We’ve never seen Michael referenced by Sarek or Spock, either, but again, so what? 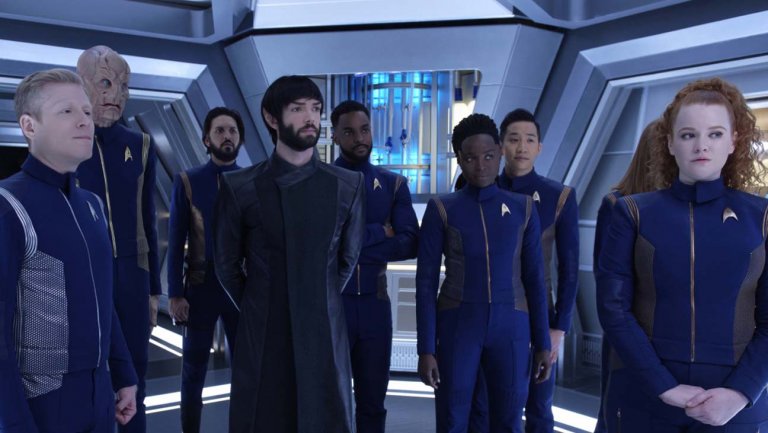 Hard science fiction fans should enjoy Discovery — it’s chock full of time travel, technobabble about propulsion and possible scientific theories, and artificial intelligence. If you’re more into character-building, however, you may be disappointed. The cast is indeed way more diverse than pretty much anything else we’ve seen in Trek (including an overt gay relationship between the ship’s doctor and one of its engineers), but I detected little SJW-ness in the first two seasons.

My main beefs with the series include:

1) It attempts to make you care despite the lack of character development. Did anyone really give a hoot when the cybernetic Airiam needed to sacrifice herself? And did we need that drawn-out funeral scene following her death? We barely saw the character until the AI dubbed “Control” took her over. In addition, the series tries hard to make emotional connections over straightforward logic and ultimate good for everyone. I mean, c’mahn — is Michael so obsessed with keeping her mother that she’d sacrifice all life in the galaxy??

2) Sylvia Tilly is the single-most annoying character in all Star Trek. The only possible reason Captains Lorca and Pike tolerate this insufferable cadet is because Discovery is an experimental science vessel. Tilly constantly acts like a 14-year-old valley girl with high-functioning Asperger’s Syndrome and I was constantly waiting for the moment when Pike, Burnham, or someone would yell at her “SHUT UP!!!”

3) Death is unimportant and everyone is a key figure. The “deaths” of Saru and Dr. Culber made Discovery akin to the big two comic book companies — no one ever stays dead. (Yet, again, a big deal was made of a C-list crew member’s real death.) Burnham’s inexplicable capture of the Mirror Philippa Georgiou into the “prime” universe (she’s not the same Georgiou!!!) so that she can play a key role in Section 31. Burnham’s mother and Spock playing galactic-level roles in the “Red Angel” saga.

4) The “Control” subplot is too much like The Terminator. I suppose something like artificial intelligence is inevitable given the science-based nature of Trek; however, how Discovery does it has been done ad nauseam.

IMDB.com gives Discovery a rating of 7.4 out of 10 based on almost 74,000 votes. I would give it between a 6 and 7. If you’re a big Trek fan there’s plenty to dig about the series. Except the fact that you have to pay for it if you live the U.S.