Retailer Confirms: Most Comics Only Worth Nostalgia & Reading Value 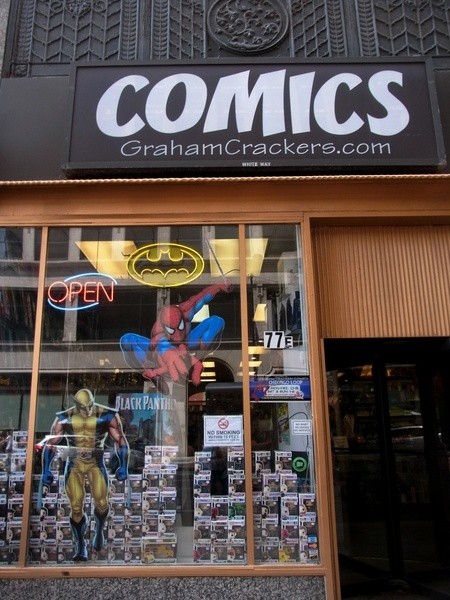 A columnist for the Chicago Daily Herald had a chat with the owner of Graham Crackers Comics in the city, who revealed something I figured was the case already for years: back issues not having the value stated by some price guides, no matter the age:

For the longest time, I wondered if the comic books from my youth would be worth anything to collectors today. They have been tucked away in a box in my various basements the past 60 years or so. That means if they continue to stay there, then they are probably worth less than what I paid for them in late 1950s — 15 cents each.

A visit to Graham Crackers Comics in St. Charles was in order. I stopped in with a handful of my oldest and dearest comics. They were called “Classics Illustrated,” comics that tackled the great novels in a way that a youngster could understand. Yes, they did come in handy to help pad the occasional book report, but that’s another story.

Turns out, my “Hunchback of Notre Dame,” “The Iliad,” and “Uncle Tom’s Cabin” comics could have delivered a nice return — if they were among the first edition printed and in mint condition.

A “Hunchback of Notre Dame” meeting those standards is worth $1,500, according to the Overstreet guide for comics.

Mine? It was a much later 18th edition in fair to good condition. That would bring me a whopping $5.

So, my comics will simply remain a nostalgic memory. […] 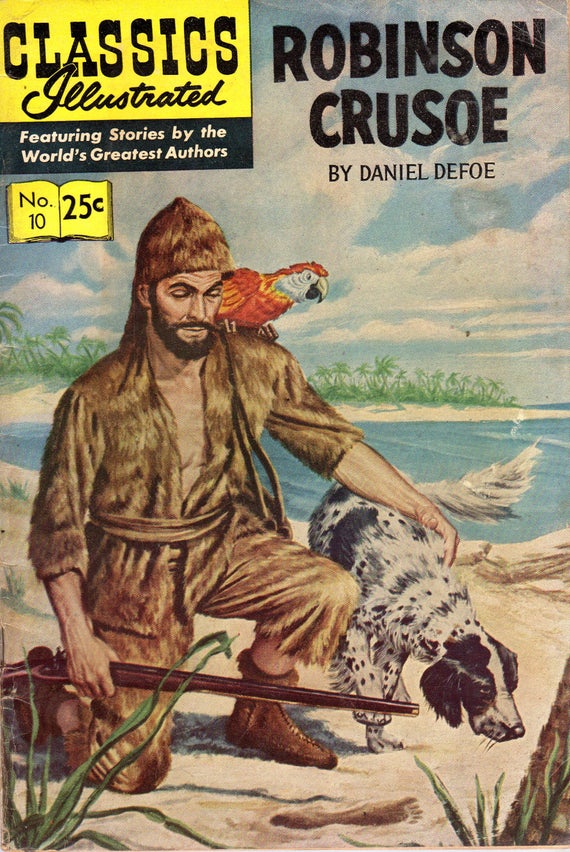 I have an old copy of Classics Illustrated’s take on Robinson Crusoe somewhere in my collection that belonged to my father, but it’s pretty worn (and wrapped in plastic as a result), and I’m sure that would only get me 15 lousy cents too. But seriously, buying the art form shouldn’t be for money alone, as I’ve argued a few times before.

The clerk at Graham Crackers told me a new series of X-Men comics has been a popular choice for customers the past three months.

And he told me that Sgt. Rock still turns up on occasion in DC comics, but he doesn’t have his own series any longer. A lot of the war comics that were so popular in the 1950s and ’60s wouldn’t garner much attention these days, he said.

That’s partly because of political correctness wrecking havoc upon many once famous creations in modern times, to the point where stories about the war on Islamic terrorism would not be accepted by the mainstream publishers, if at all. That comics about WW2 wouldn’t make it big in today’s medium is beside the point. Sgt. Rock’s ongoing series came to an end at least 30 years ago (Nick Fury and SHIELD may not have had a successful ongoing for many years either, and a 2005 book called Nick Fury’s Howling Commandos by Keith Giffen was short-lived), though there may have been a few miniseries in the years following, and I wish the clerk had at least made that part clear, that there’s a difference between ongoings and miniseries. 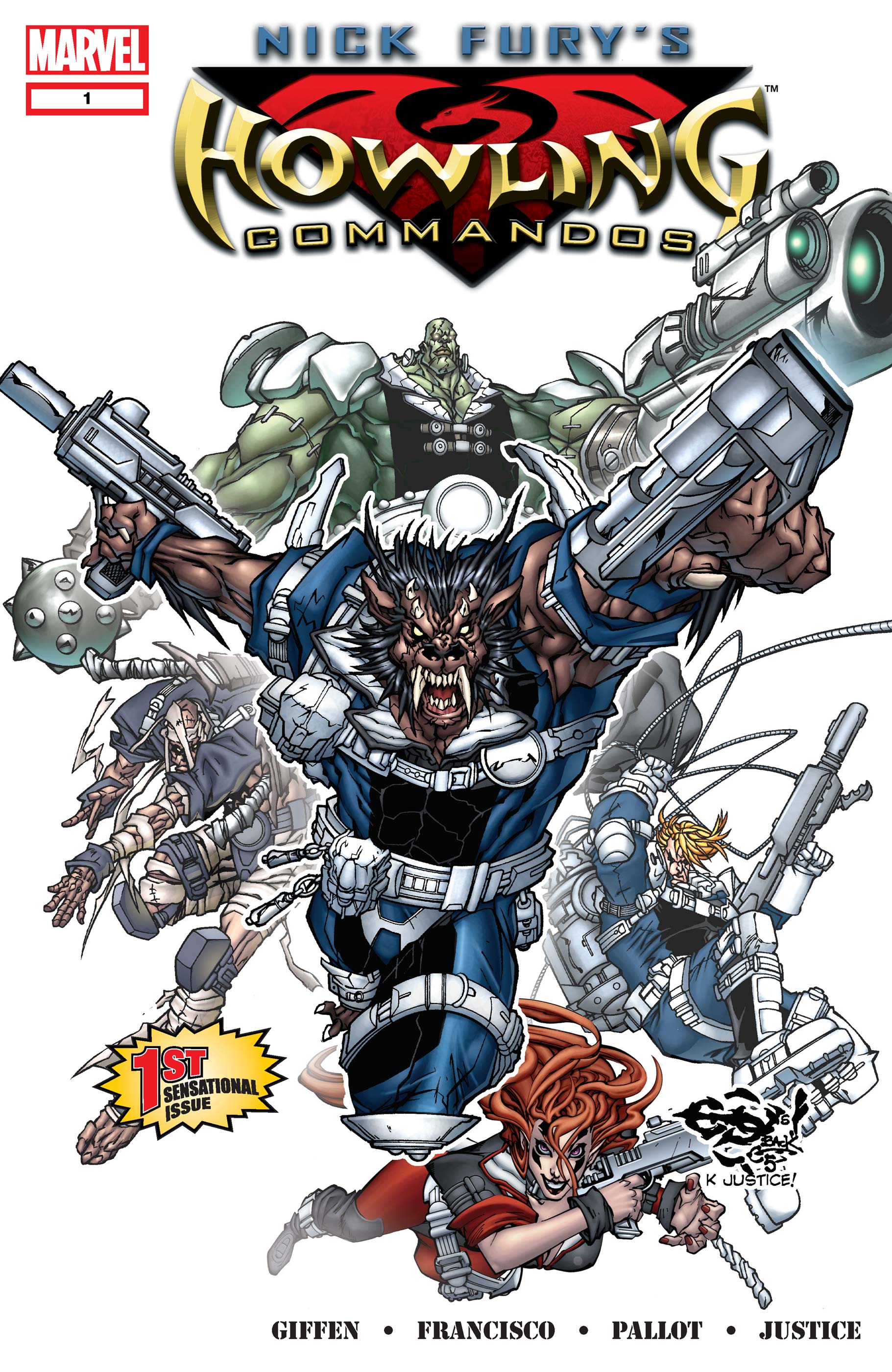 I think this is one more reason why a point has to be made why speculator collecting shouldn’t be encouraged as it is anymore, because in the 90s, it ruined the market, and today, the error is still being made. Seriously, the nostalgia and reading value is what should count. If we let money write everything, there won’t be any entertainment value. Is it any wonder the medium’s been floundering in the past 2 decades? 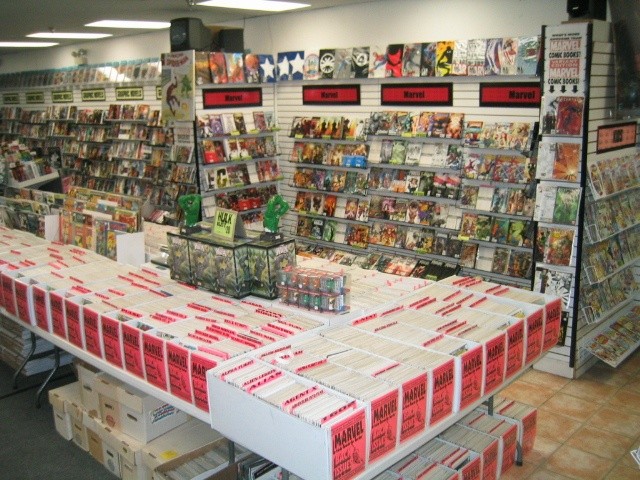